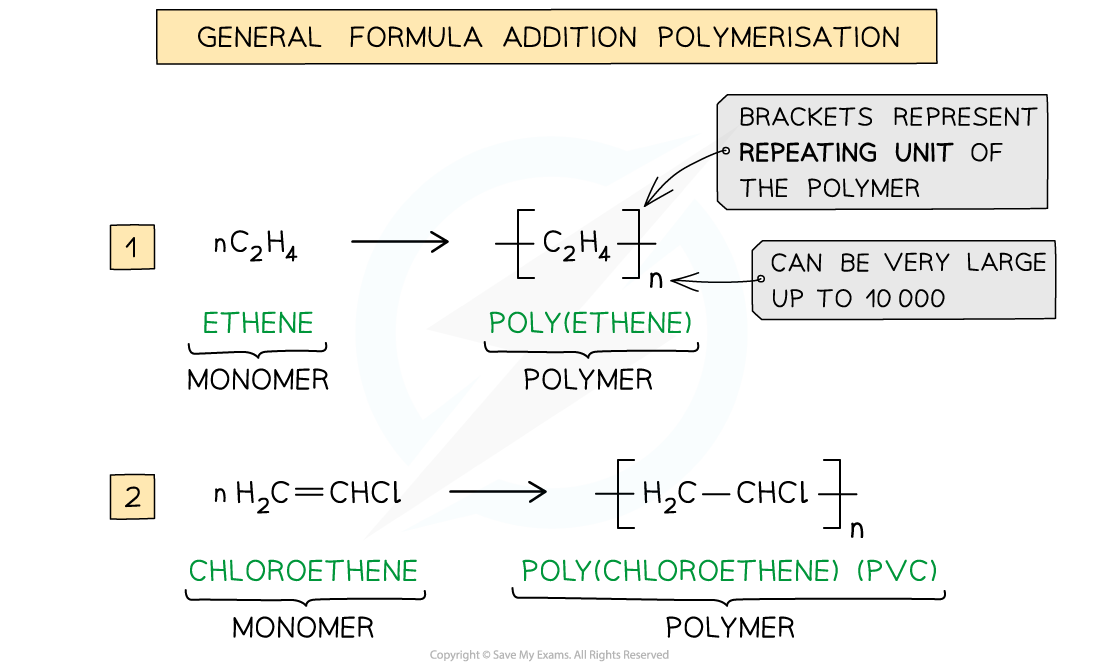 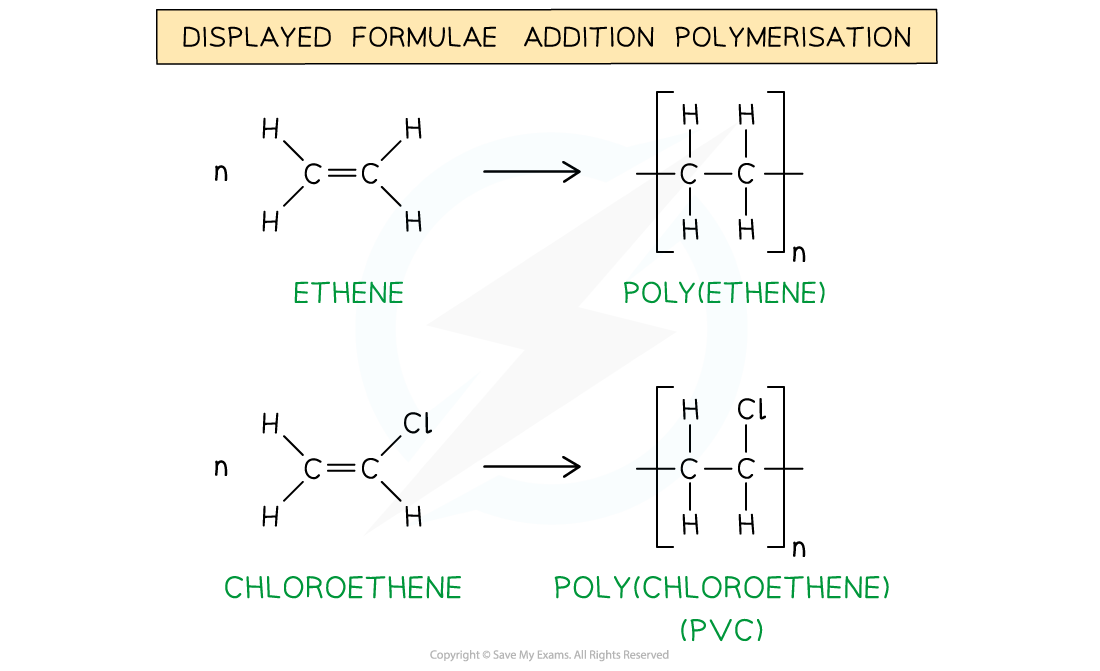 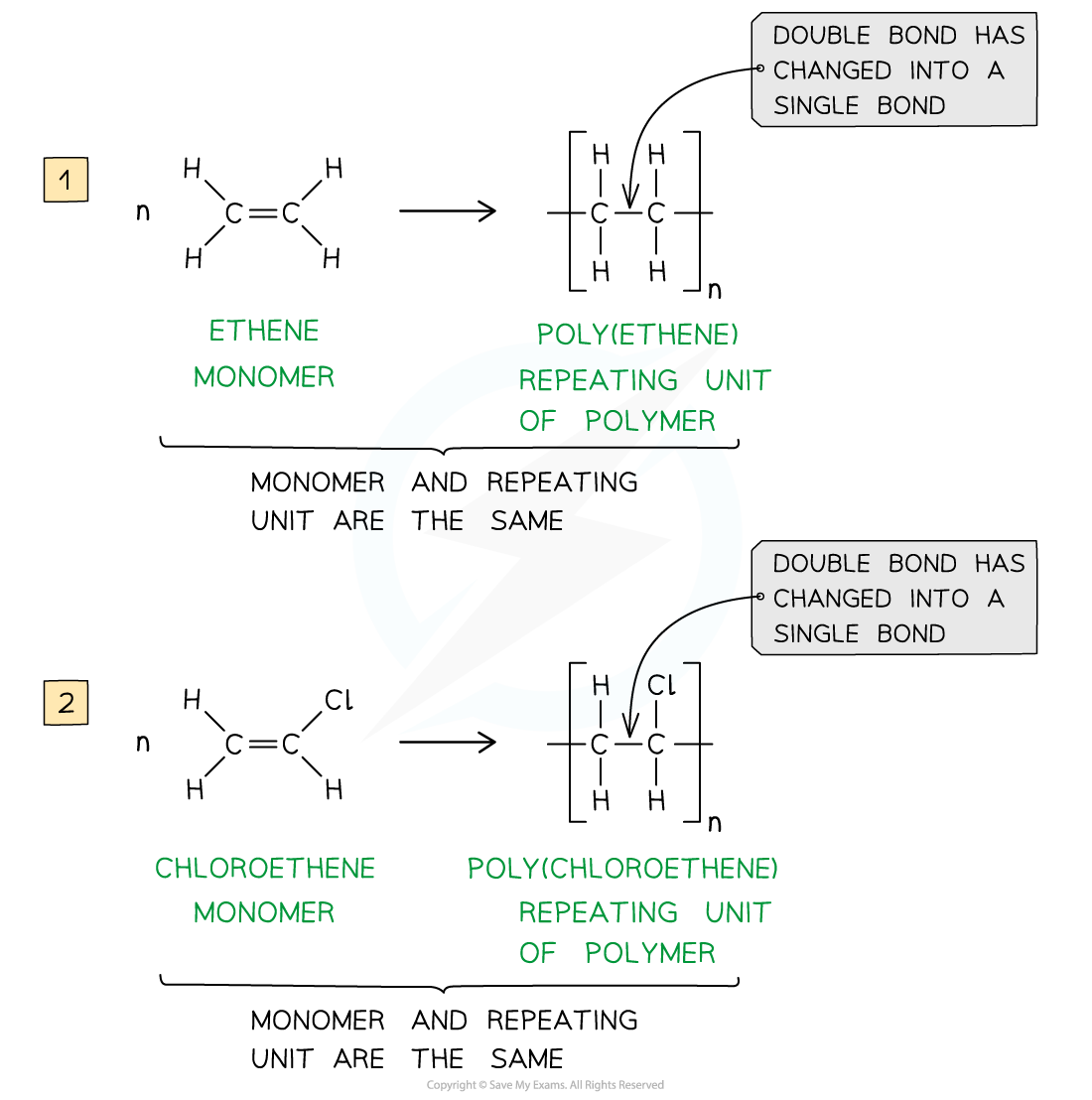 Identify the monomers present in the given sections of addition polymer molecules: 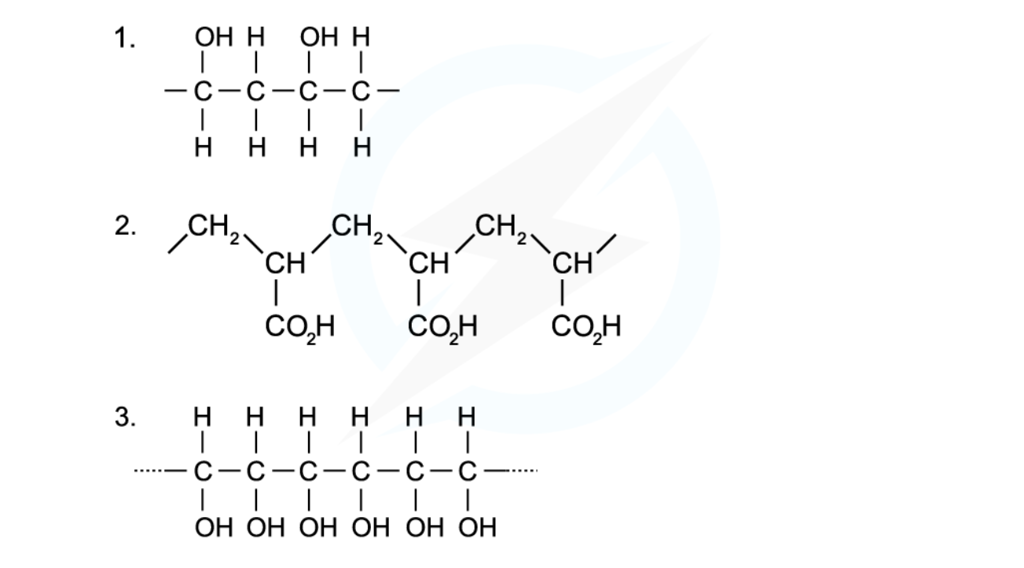 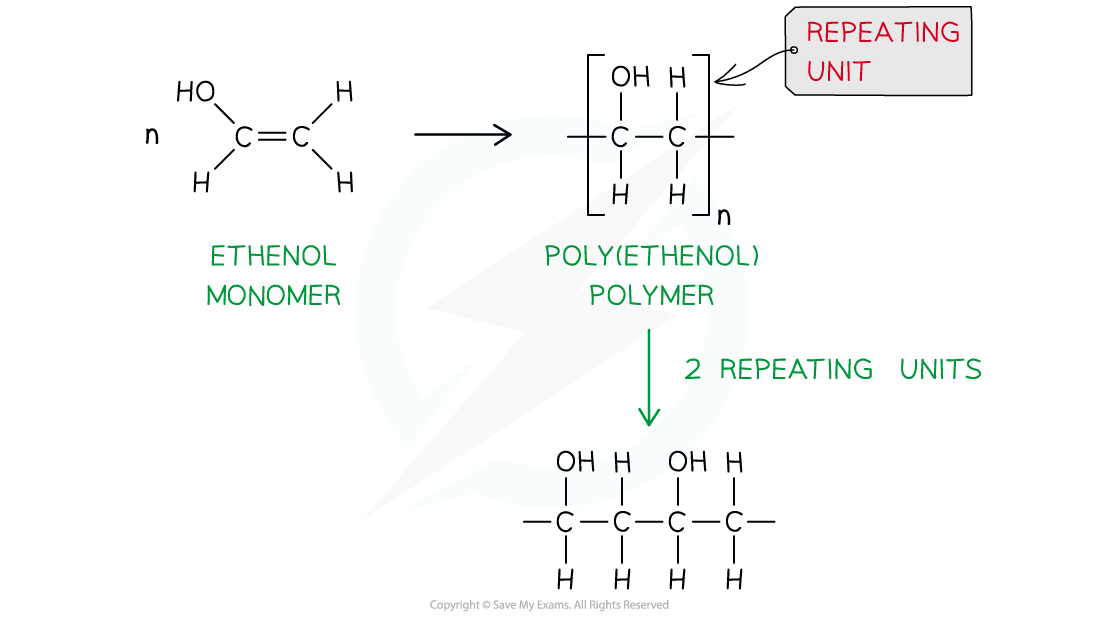 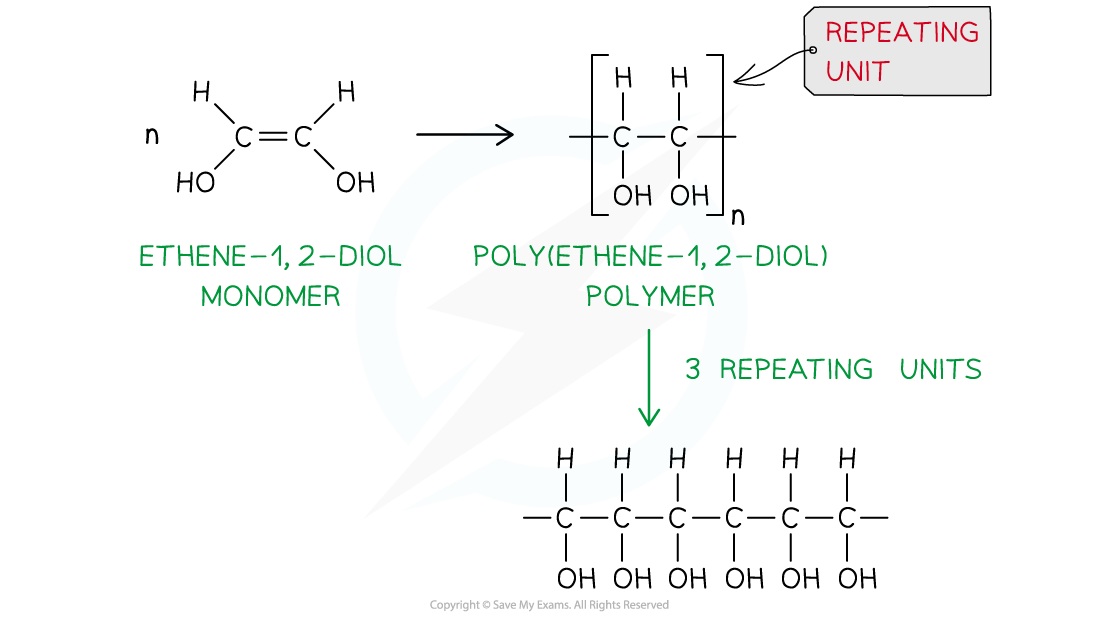 The section of the polymer chain shown inside the square brackets by the structural or displayed formula is the repeat unit and not the monomer. The monomer is the same as the repeat unit except for that it has C=C bonds instead of C-C bonds