Mass loss of a product against time 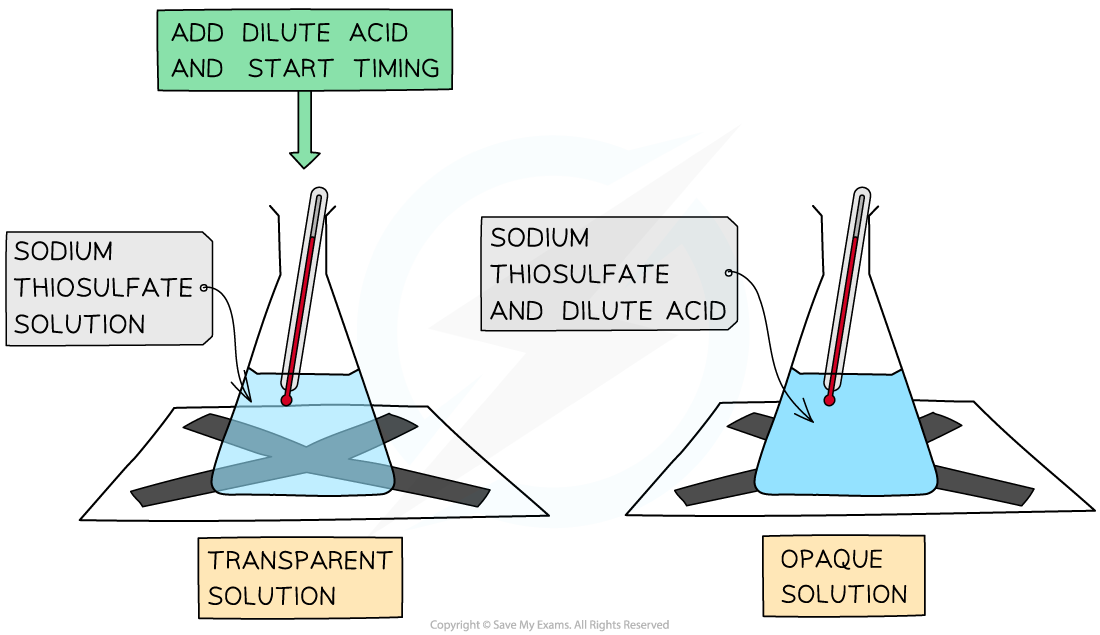 Using the results shown below, calculate the initial rate of reaction for the reaction using 2.0 mol dm-3 HCl (aq) Step 1: Draw a graph of the results 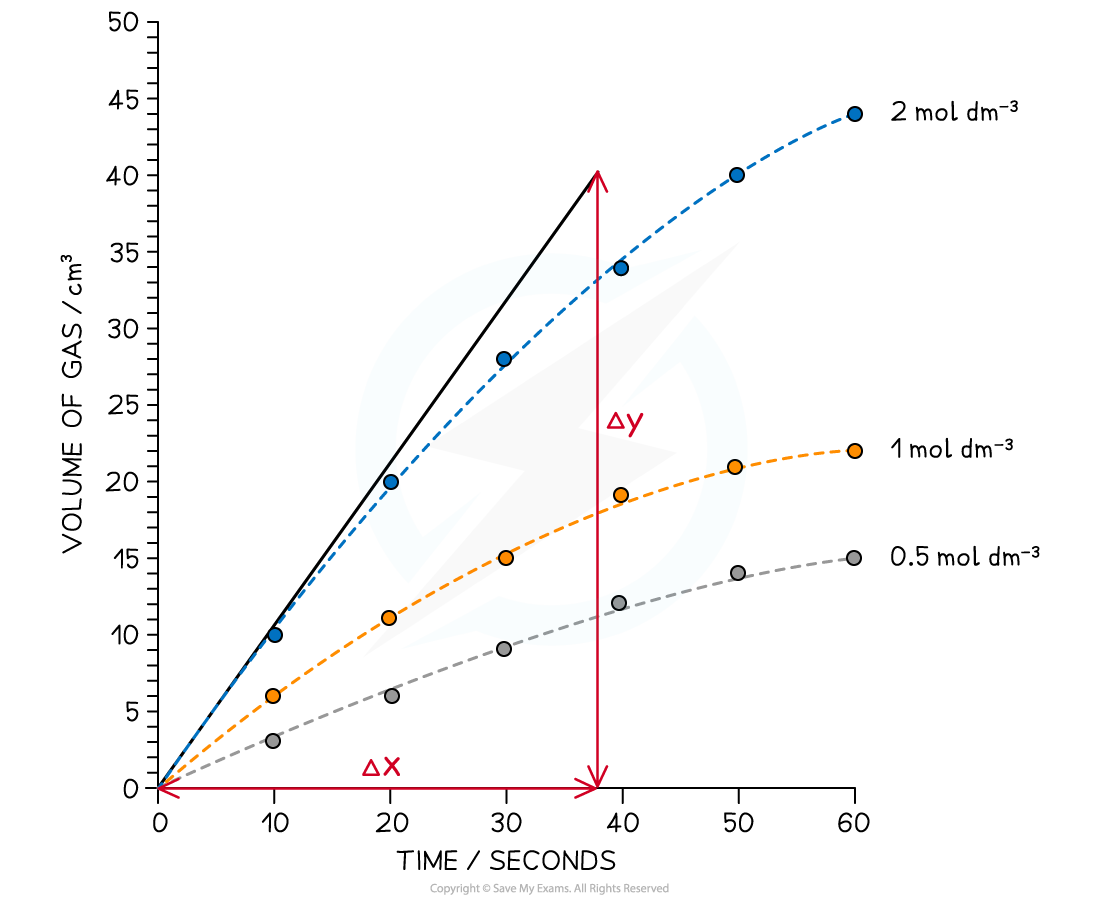 Step 2: Draw a tangent to the curve at time = 0 seconds

You should be familiar with the interpretation of graphs of changes in concentration, volume or mass against time and be able to calculate a rate from a tangent to the graph