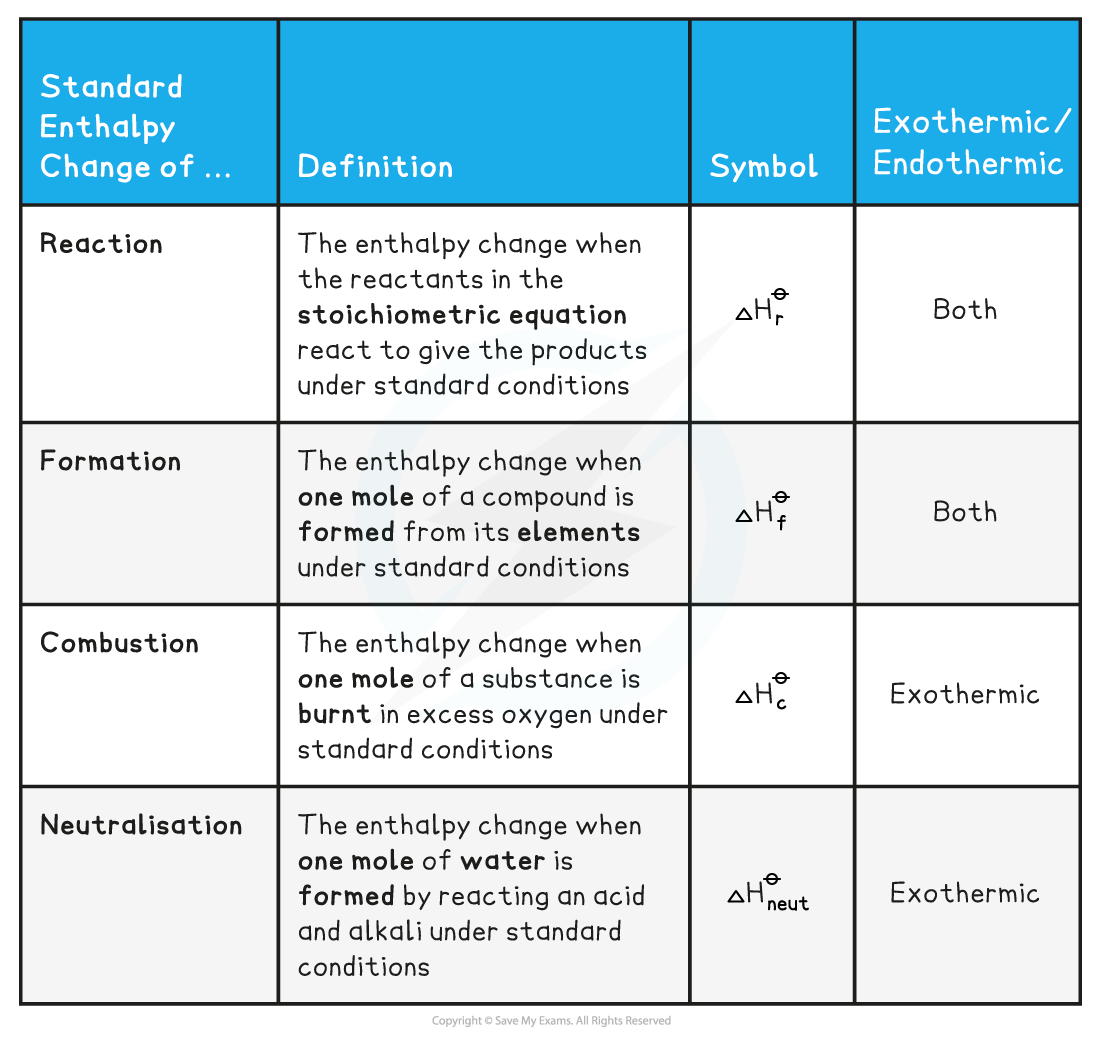 Whichever symbol you use must have the following basic points:

Calculating the enthalpy change of reaction

One mole water is formed from hydrogen and oxygen, releasing 286 kJ of energy

Calculate ΔHrꝊ for the reaction below:

Answer 3: ΔHneutꝊ as one mole of water is formed from the reaction between an acid and an alkali

The ΔHfꝊ of an element in its standard state is zero.