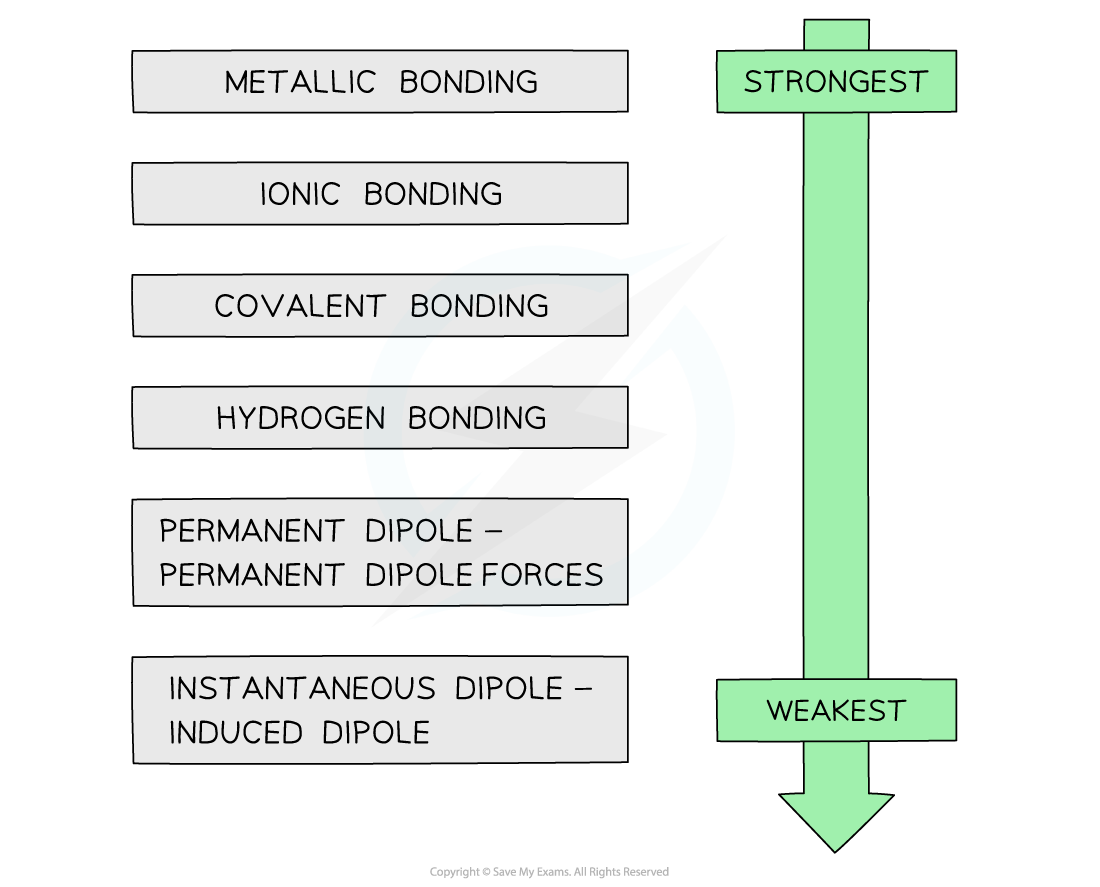 The varying strengths of different types of bonds

Make sure to use a dashed, straight line when drawing your intermolecular forces! Hydrogen bonds should start at the lone pair and go right up to the delta positive atom - it must be really clear where your H bond starts and ends.