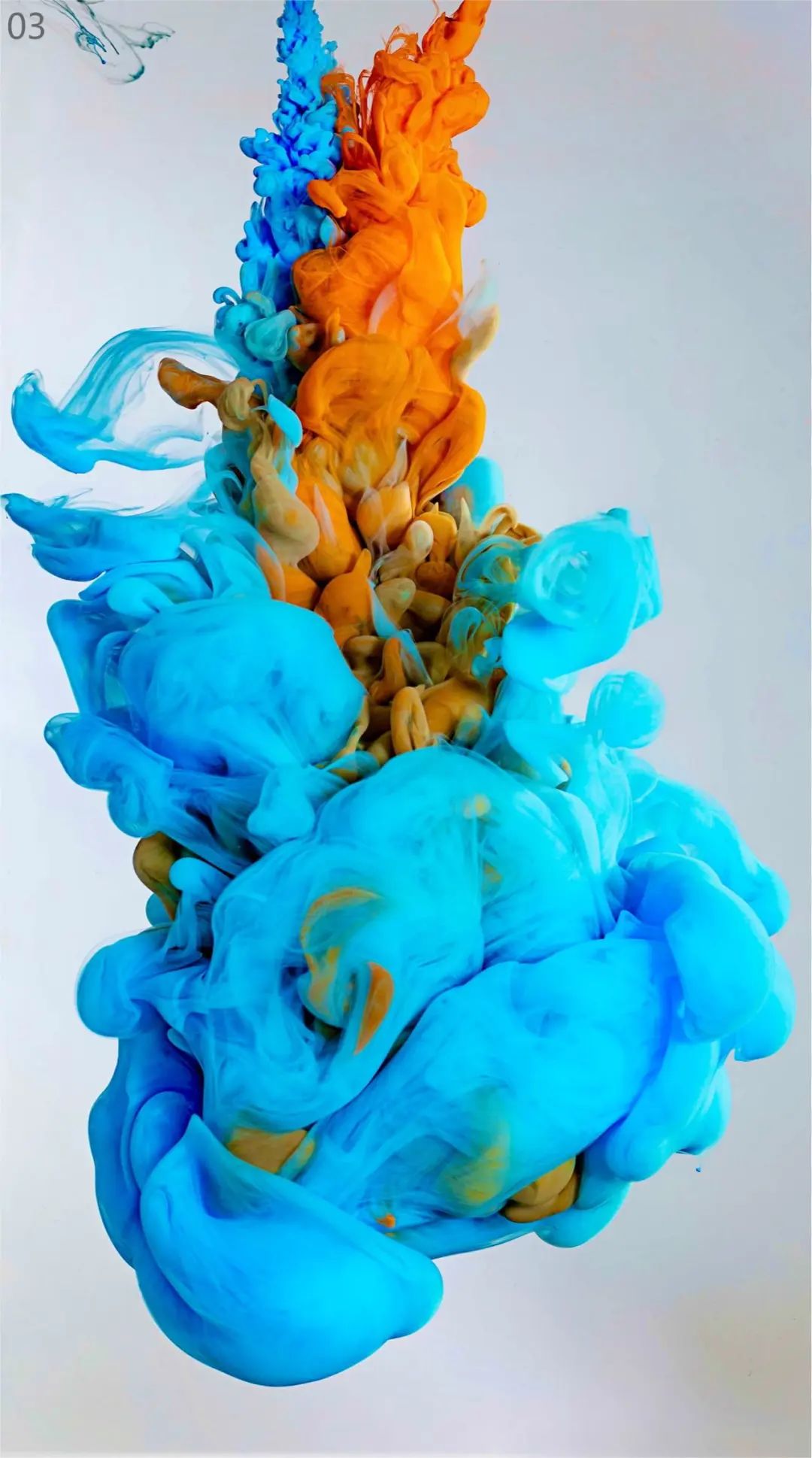 Description: To take this picture, I prepared a 50-liter tank and filled it with water. I also have blue and orange paints. Use two small needles to suck up enough paint and quickly squeeze both into the water at the same time. After only one or two minute, the paint and water begin to blend. The physical phenomenon demonstrated in this experiment is diffusion. Diffusion is when different substances come into contact with each other and move into each other. In experiments, different colors of pigments enter water and mix with each other. The cause of this phenomenon is the constant exchange of liquids caused by the irregular movement of molecules. The initial experiment was done under room temperature. We did several more experiments and found that the higher the water temperature, the faster the pigment spread.

Description: The name of my photography is Mushroom cloud-shaped water column. I first prepared some colorful balloons, then filled them with water, lifted them about 1.6 meters off the ground by hand, and quicky cut the lifting part of the balloon with scissors. So I found that when the balloon was cut, the water pressure was greater than atmospheric pressure, so the water was sprayed out, while the balloon was fslling and the water flow was "elongated". The water column entering the air is not constrained by the container wall, and the cross section becomes larger and forms an umbrella. 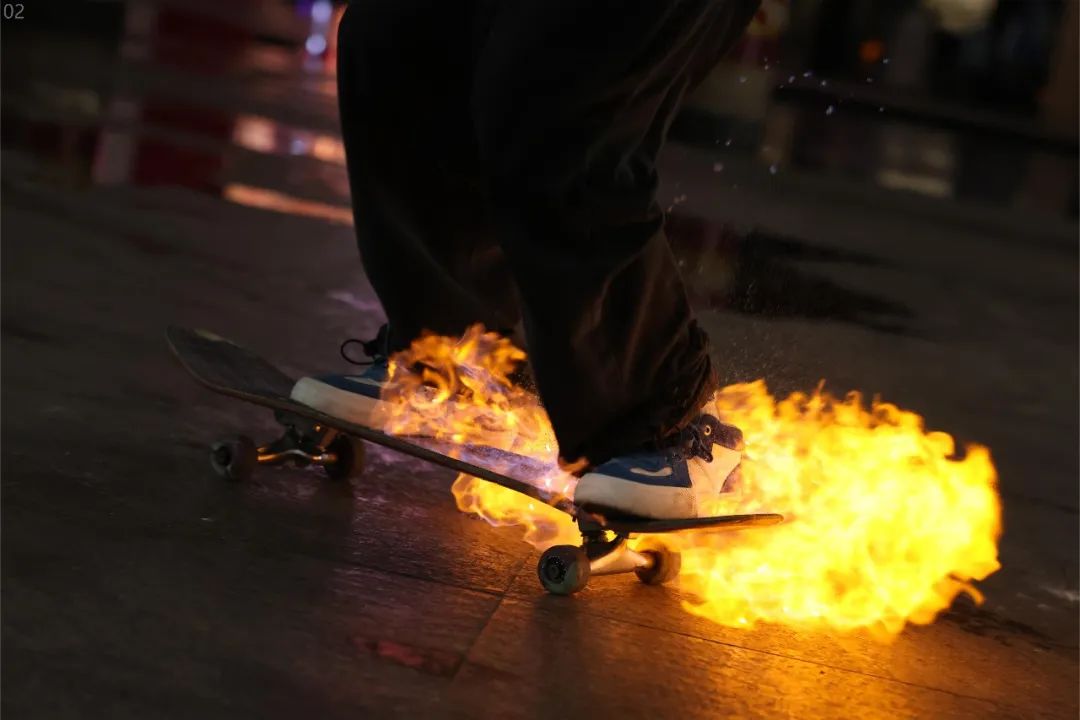 Description: This photo literally symbolizes what the true Generation-Z looks like in China. The skateboard represent the youth and the fire is the enthusiasm and vigor so it shows the Gen-Z now is keen on trying the risks.

The physical appearance in this photo has included vibration and condensation.

First, the vibration. I used the alcohol as the fuel on the top of the skateboard and lighted it up. At first the fire is really tiny. Then I let my model to do a trick which is called Ollie.  Suddenly the fire started to burn up, and the fire totally swallowed the skateboard. The reason is the burned and unburned alcohol both spread everywhere and then they collide with each other, bursted more sparks. At that moment I shot the photo.

Next, it’s temporary. The alcohol is literally volatile so this kind of scene will just disappear in second. When the time goes by, all the alcohol may sublimate and there is no fire left.

Barely the Gen-Z in China can cultivate their favorites if their parents don’t let themselves choose or decide majors or hobbies. Loads of the Chinese skateboarders rebelled with teachers and family because the adults, keeping the orthodox, always think it is risky and dangerous. However, the spirit of us is to conquer the risks.

This is the reason way it is called Temporary Vibration.

Description: Normally, smoke from combustion moves upward with hot air since air becomes less dense when it is heated. However, in this photo I took, the smoke was tilted down along the red paper tube. The reason is that the density of smoke is actually more than the air around it, in addition, the narrow paper tube make hot air inside it quite less. These together cause the smoke flow down like a waterfall. That is also why I call it as Smokefall.

In this photo, a cascade of smoke is depicting a kaleidoscopic pattern. And its dreamlike white color is wonderful interwoven together with red paper tube, black long tail clip, as well as gray ash on the top, static and dynamic, hard and soft. That is the beauty of both physics and photography. Description: This photo was taken at the Chengdu Biennale 2021. This work related to light is "what you are happening, what has happened, what is about to happen" by the Icelandic artist Olafur Eliasson. This work continues his ethereal and abstract characteristics. Using light and shadow, the seven station colored lights are aimed at a wall to form this device around light and shadow, shadow, color and audience interaction. When a person walks between the light and the wall, his shadow will be projected onto the wall in the form of 7 silhouettes overlapping, and different color gradients will be produced.
Shadow is an optical phenomenon. Shadow is not an entity, but a projection. Shadows are produced by the scientific principle that objects block light. A projection formed when light travels in a straight line in the same homogeneous medium and cannot pass through a darker area formed by an opaque object. (light here is visible light). Shadow formation requires light and opaque objects.