How is the coefficient of friction used in problems involving inclined planes?

Step 1. Resolve weight (and any other forces if necessary) into components parallel and perpendicular to the plane

Step 3. Calculate FMAX= μR and find the resultant (total force) of all the forces on the object that are parallel to the plane

Step 4. Use F = ma to determine the acceleration of the object

A wooden block of mass 1 kg is released from rest on a rough plane that is inclined at 20°  above the horizontal. The coefficient of friction between the block and the plane is 0.2. Find the acceleration of the block. 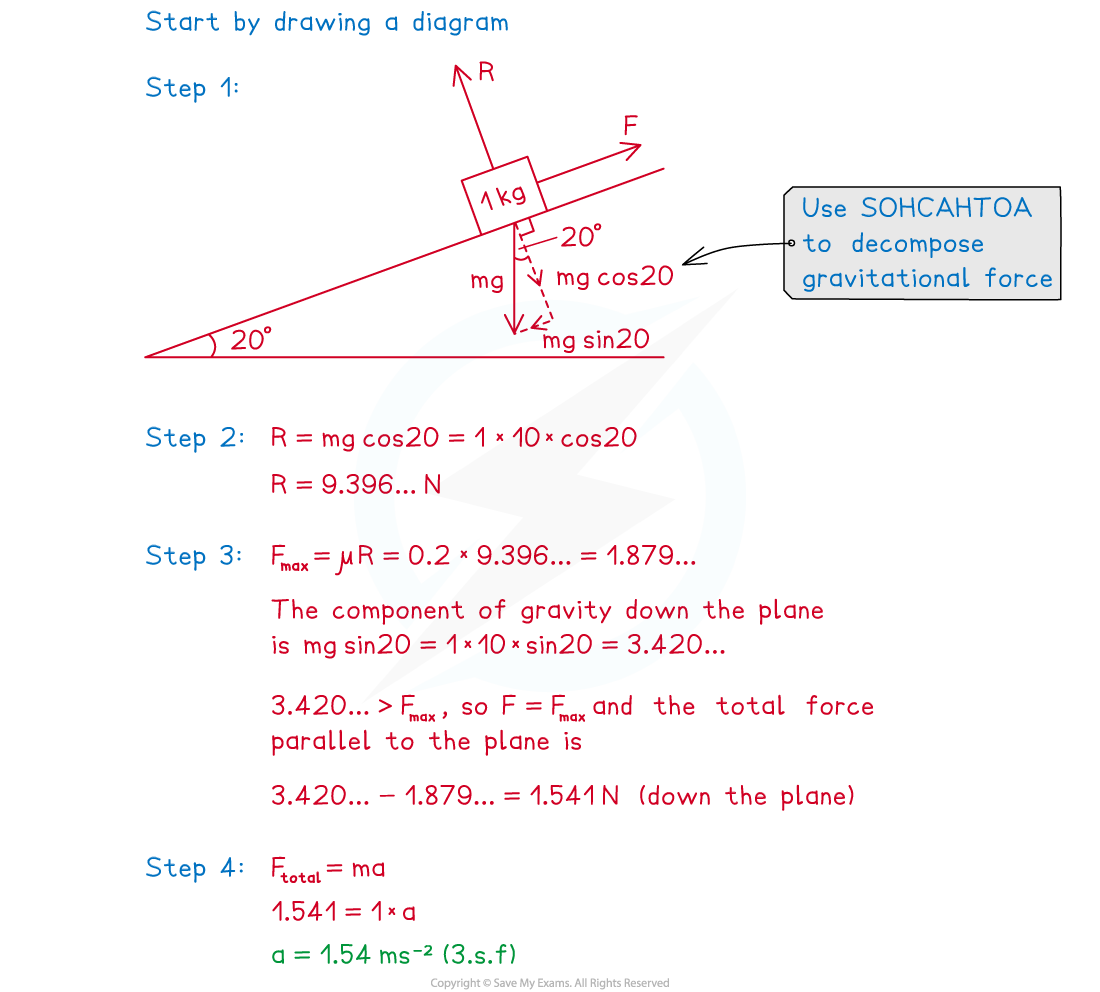