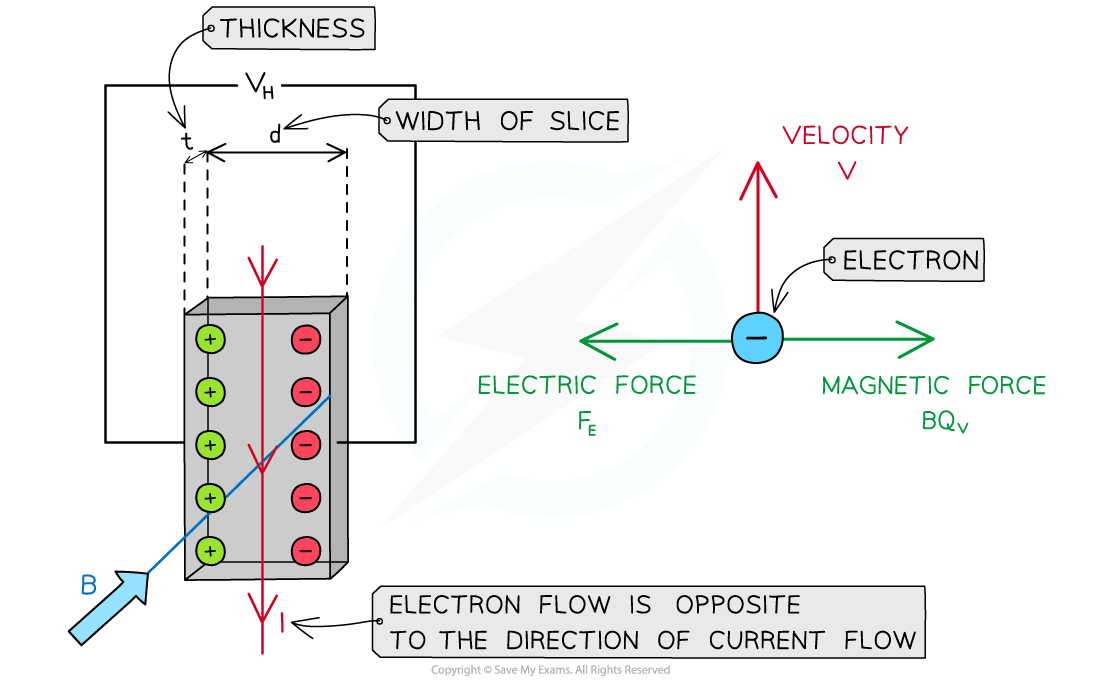 Remember to use Fleming’s left-hand rule to obtain the direction the electrons move due to the magnetic force created by the magnetic field.