The monomers for making polyamides 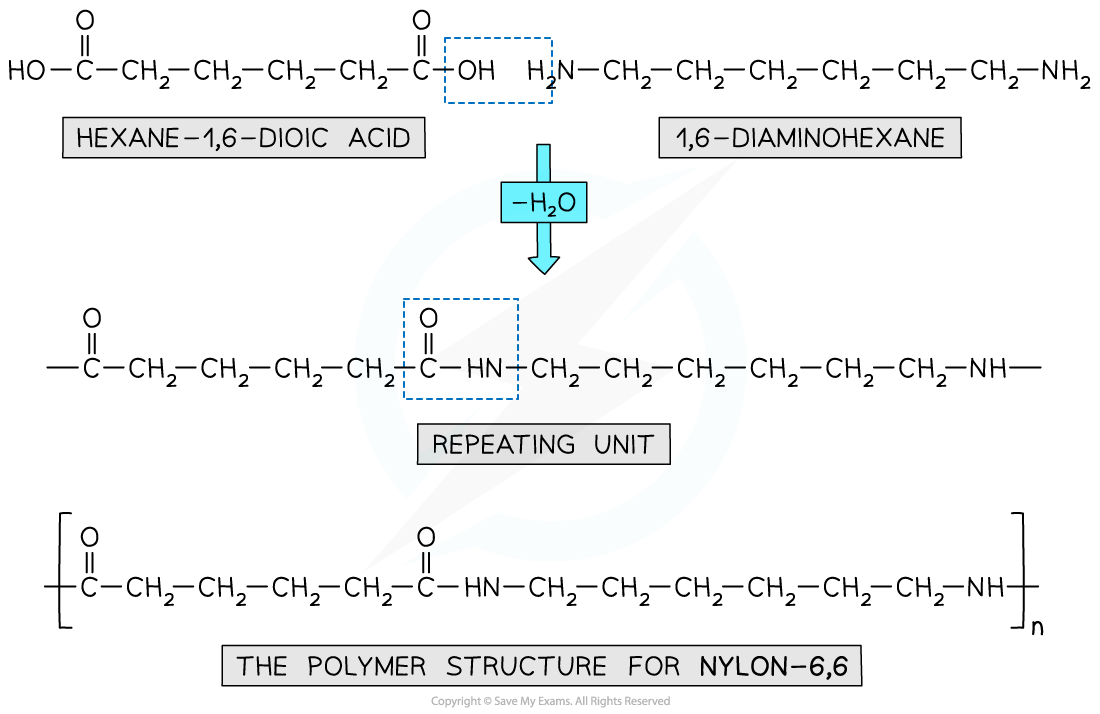 Nylon 6,6 is a synthetic polyamide made using diamine and dicarboxylic acid monomers 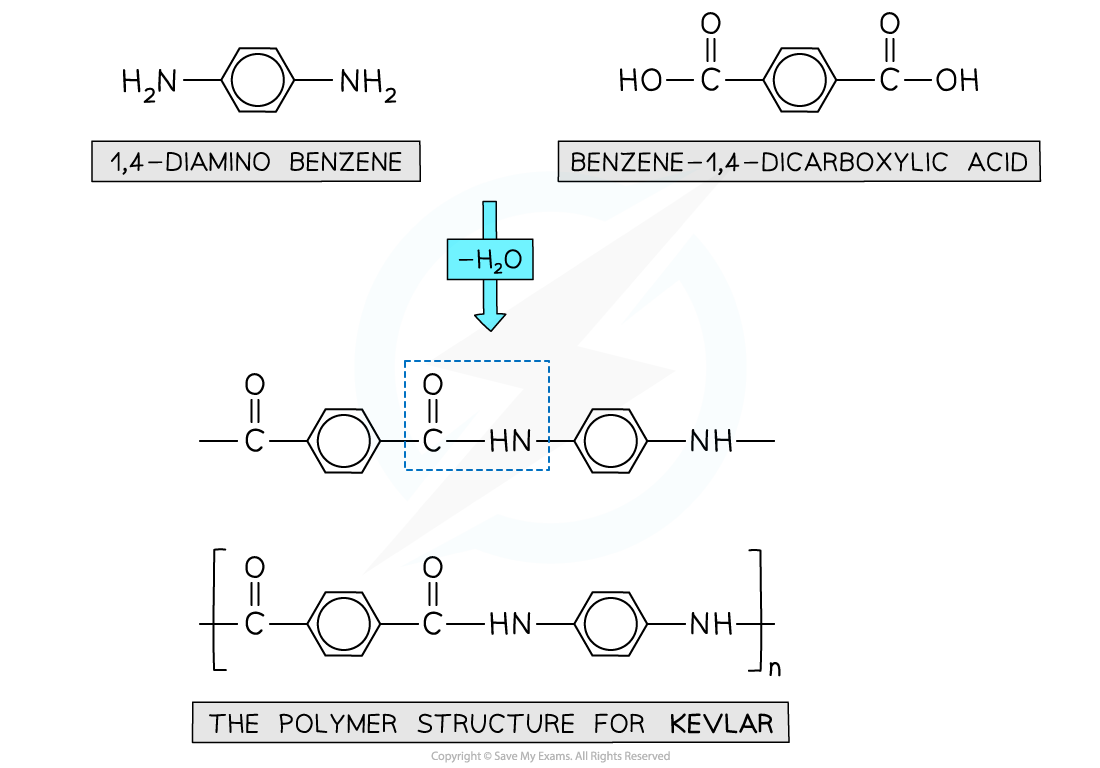 Kevlar is made using a diamine and dicarboxylic acid monomers 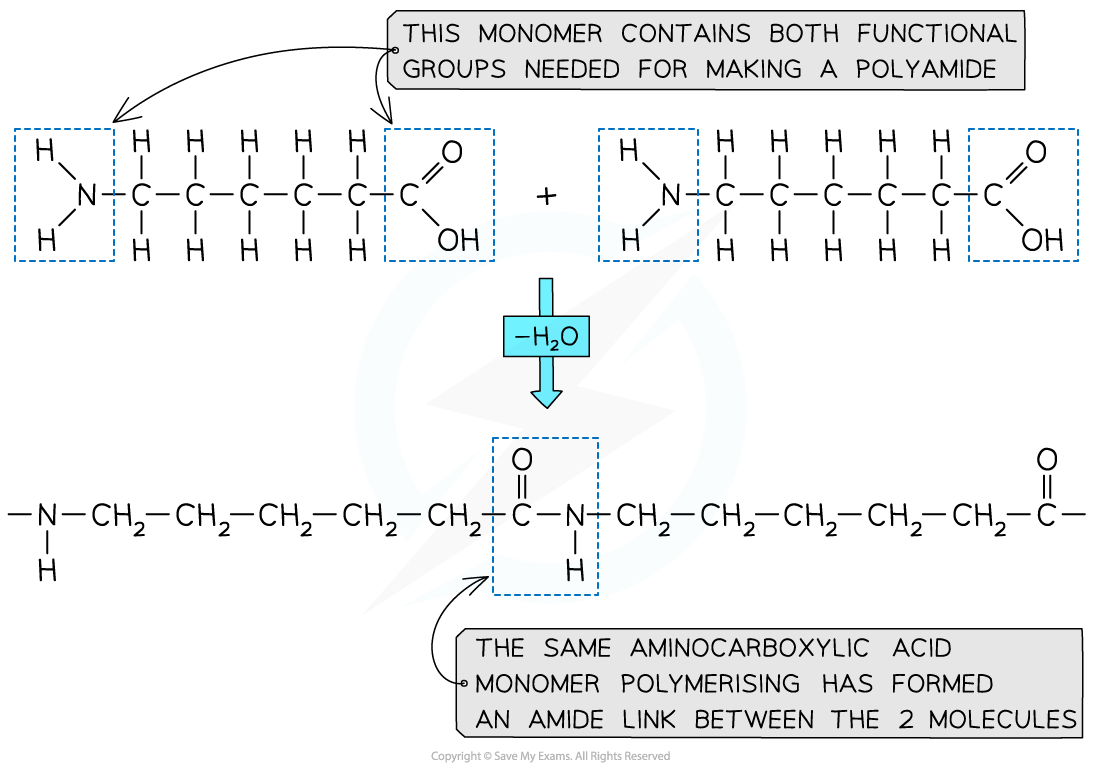 6-aminohexanoic acid can be polymerised to make the synthetic polymer Nylon 6,6 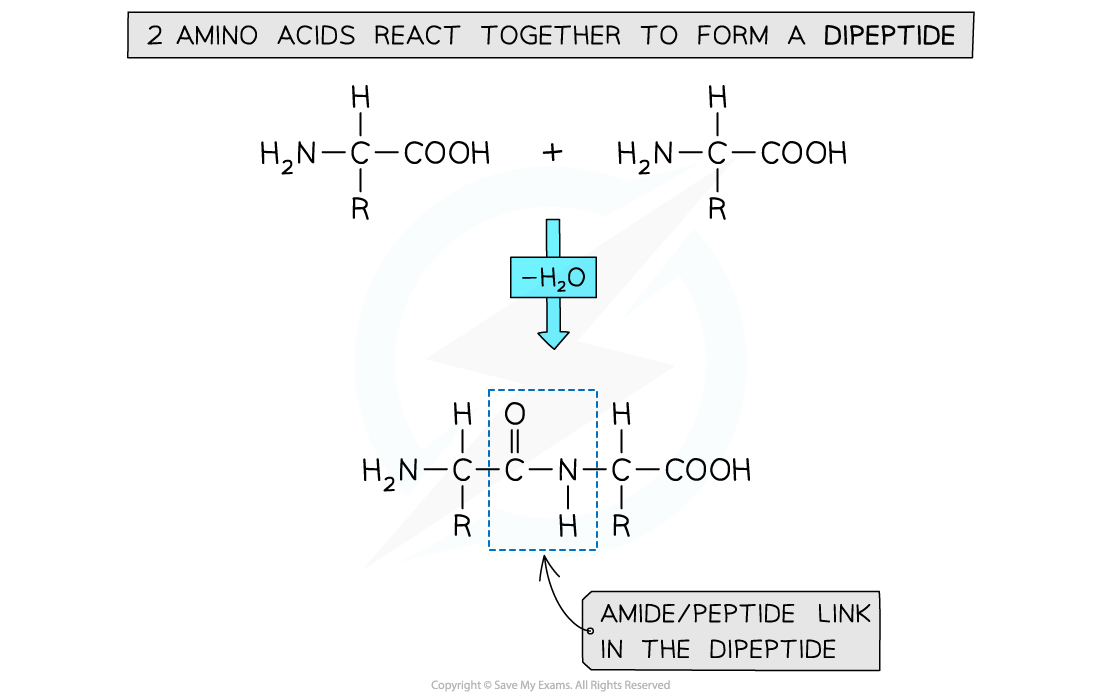 Dipeptides and polypeptides are formed by polymerising amino acid molecules together 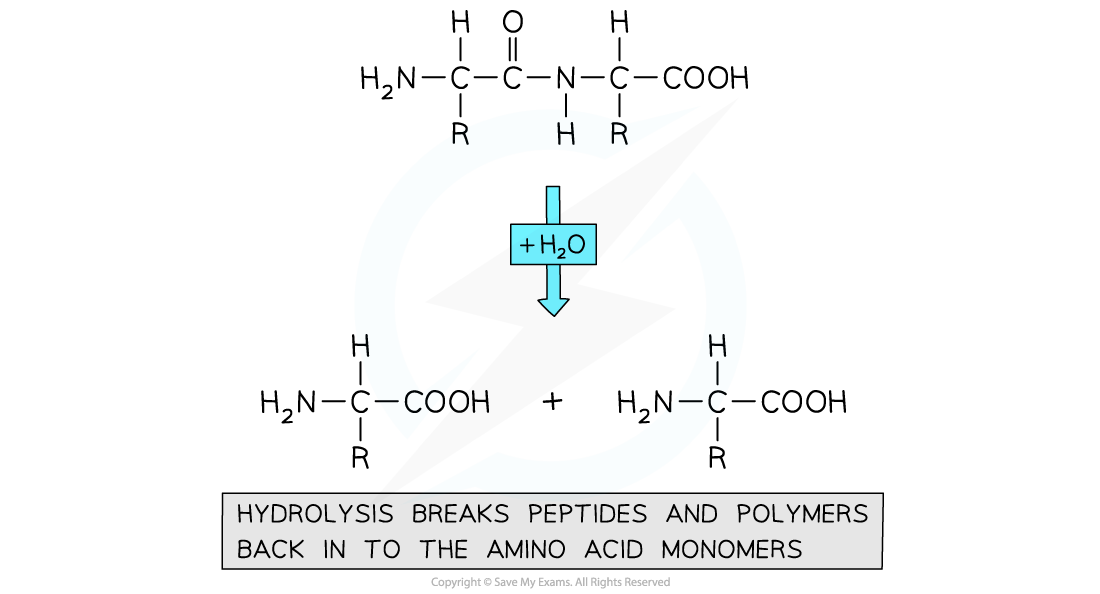 Proteins are broken down by hydrolysis

Become familiar with the structures of the different monomers that can be used to make condensation polymers.Also, remember that exam questions will require you to identify the key functional groups and also draw small sections of polymers.