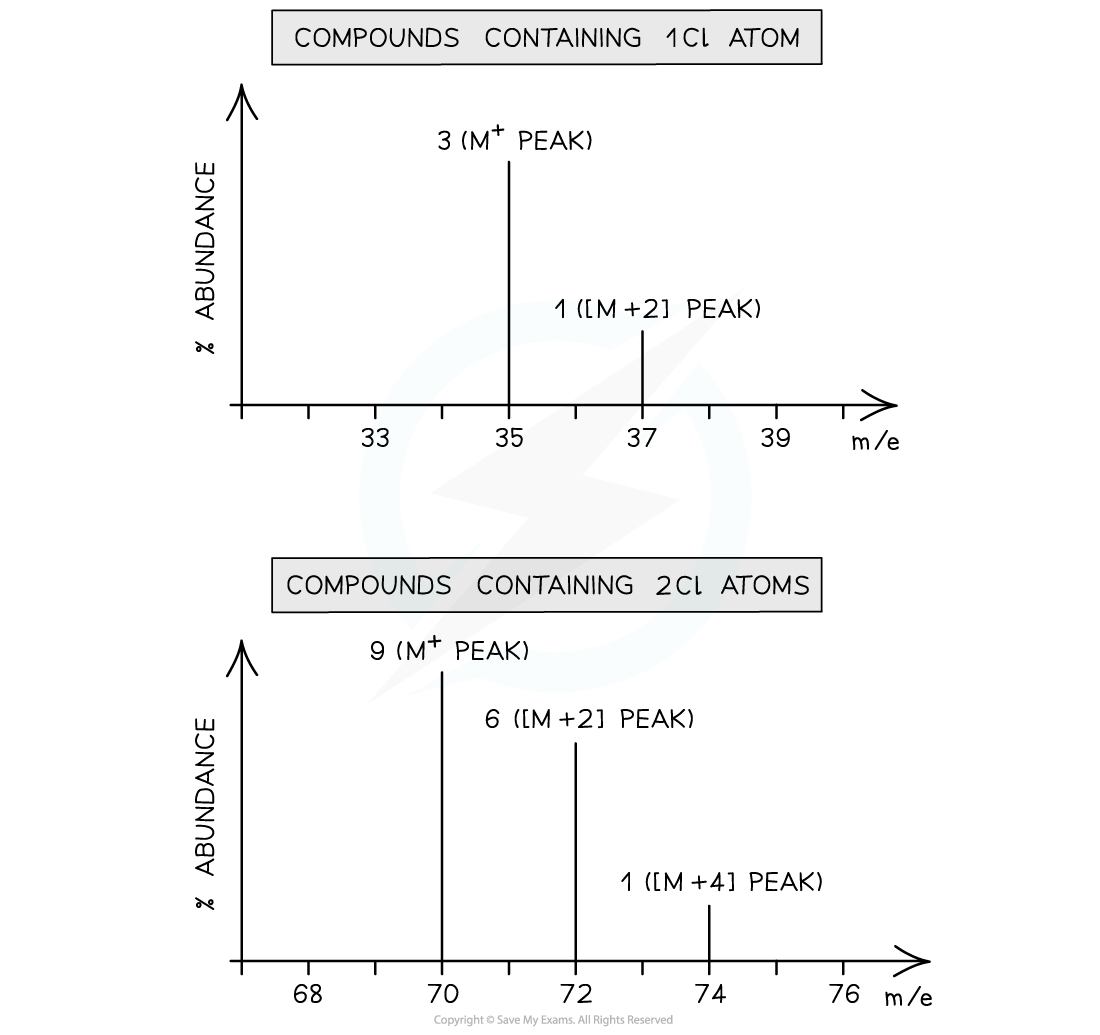 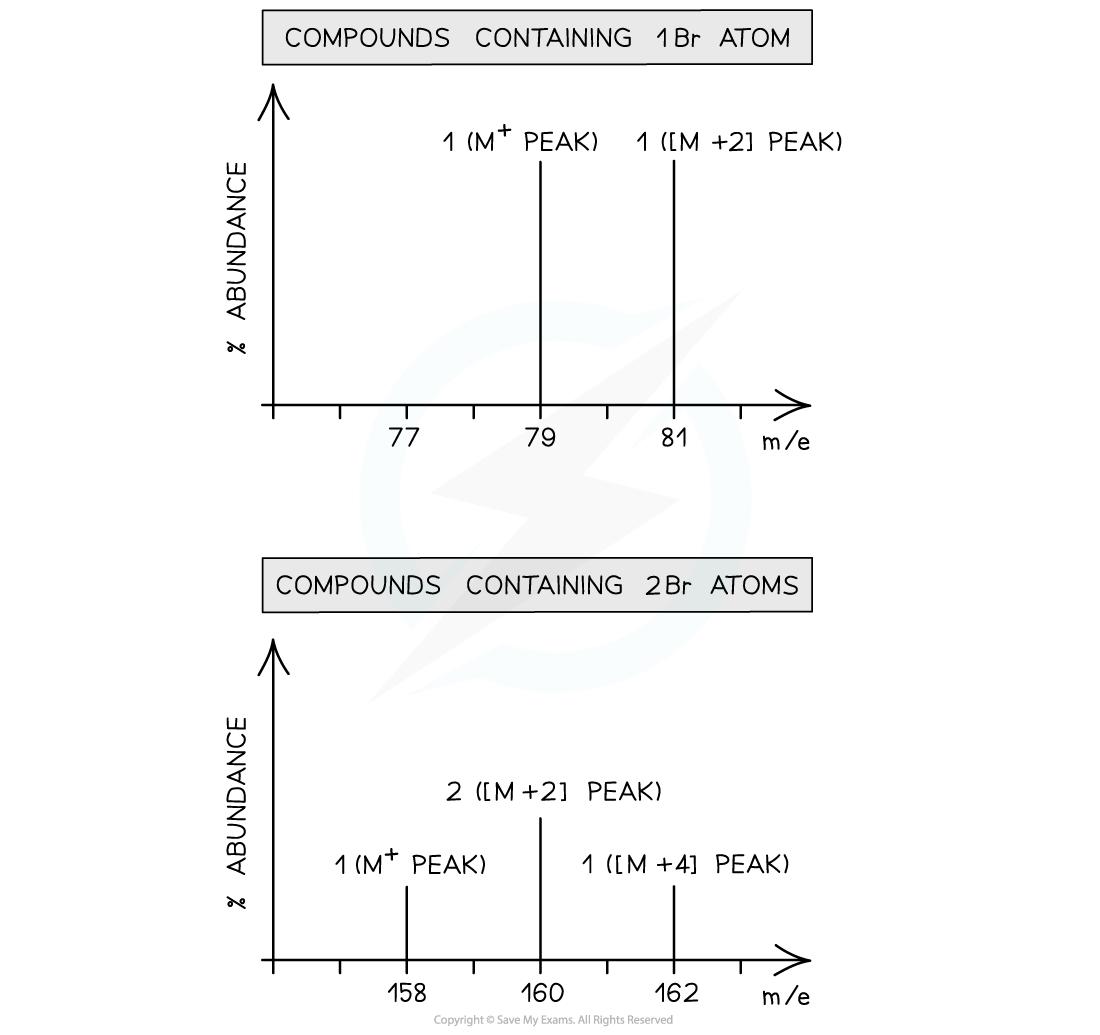 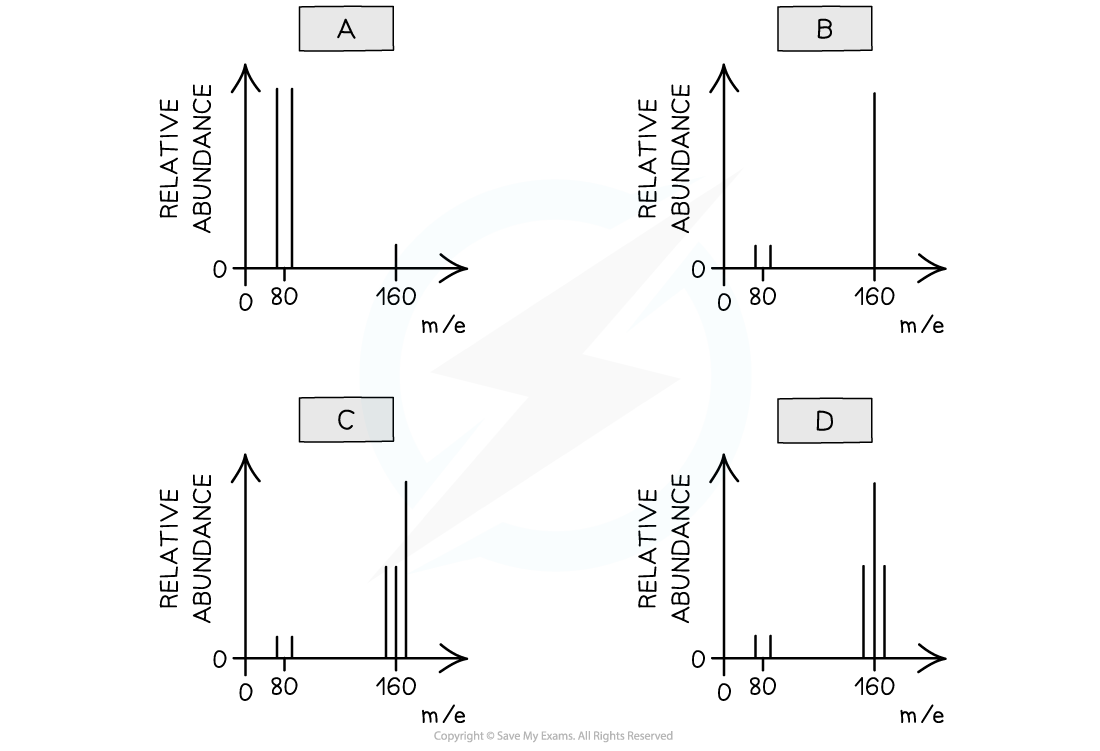 The correct answer is D

When bromine is passed through the mass spectrometer, an electron is given off to give the molecular ion, Br2+

Some of these will fragment to make Br + Br+

The Br atom passes through the machine, and the Br+ ions will give lines at 79 and 81

There will also be a line for the unfragmented Br2+ ion

This will give 3 molecular ion peaks