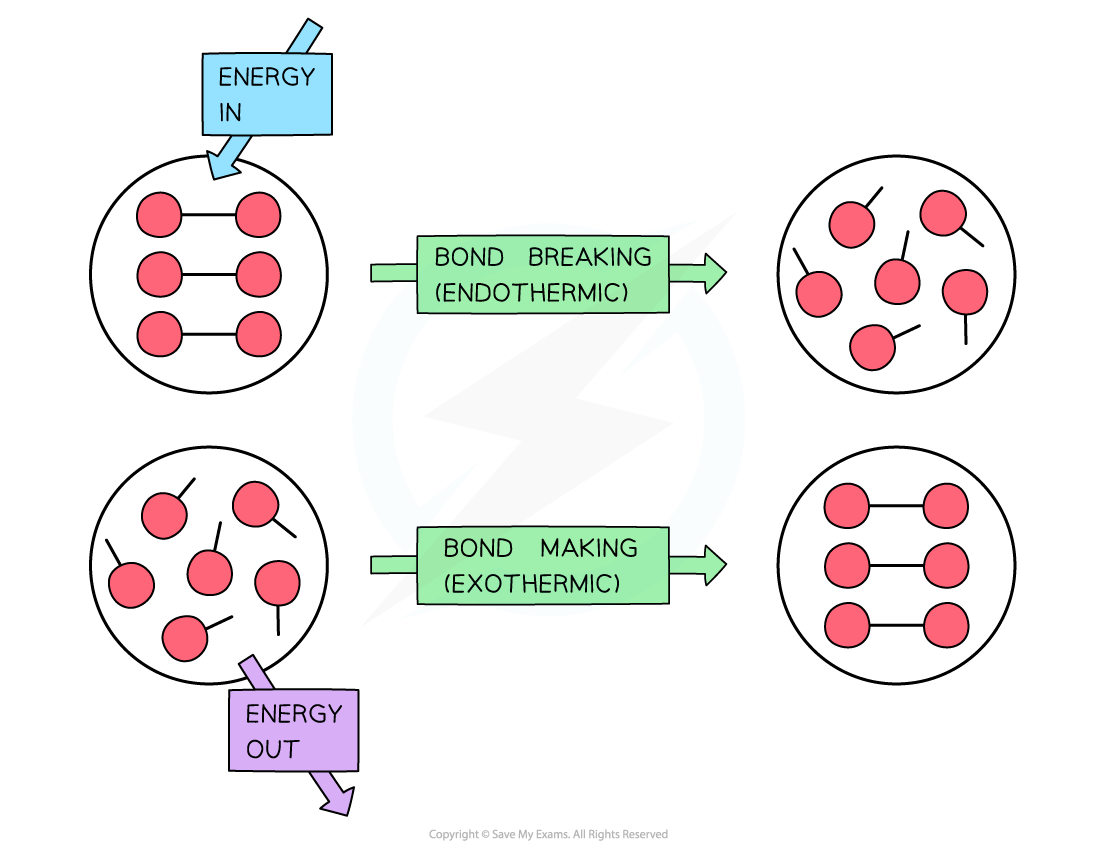 Bond energies are affected by other atoms in the molecule

Worked example: Calculating the enthalpy change in the Haber process 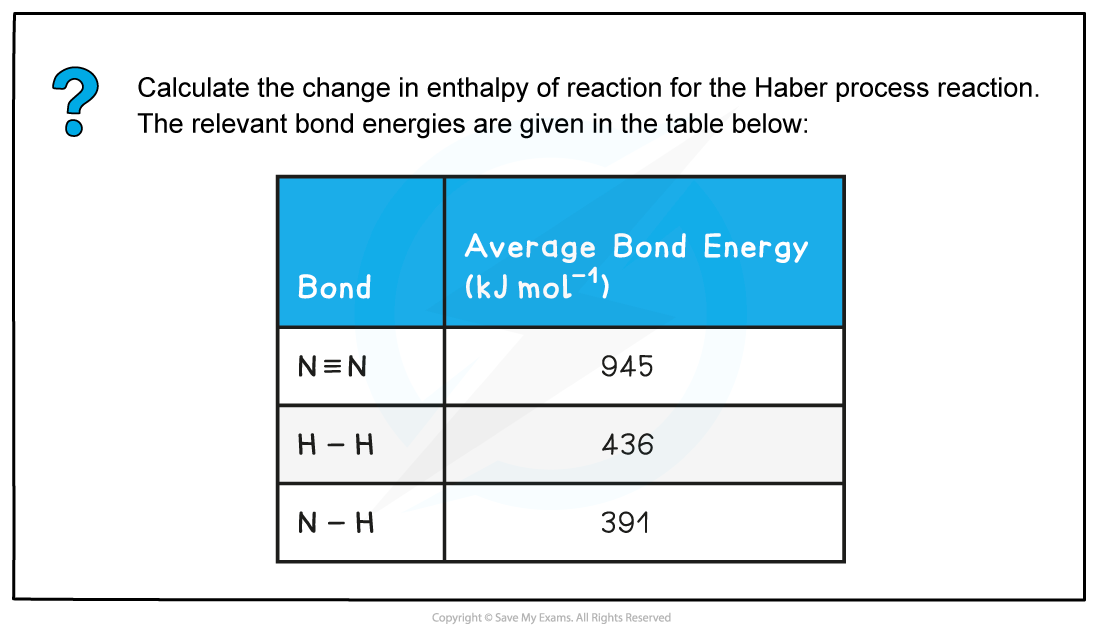 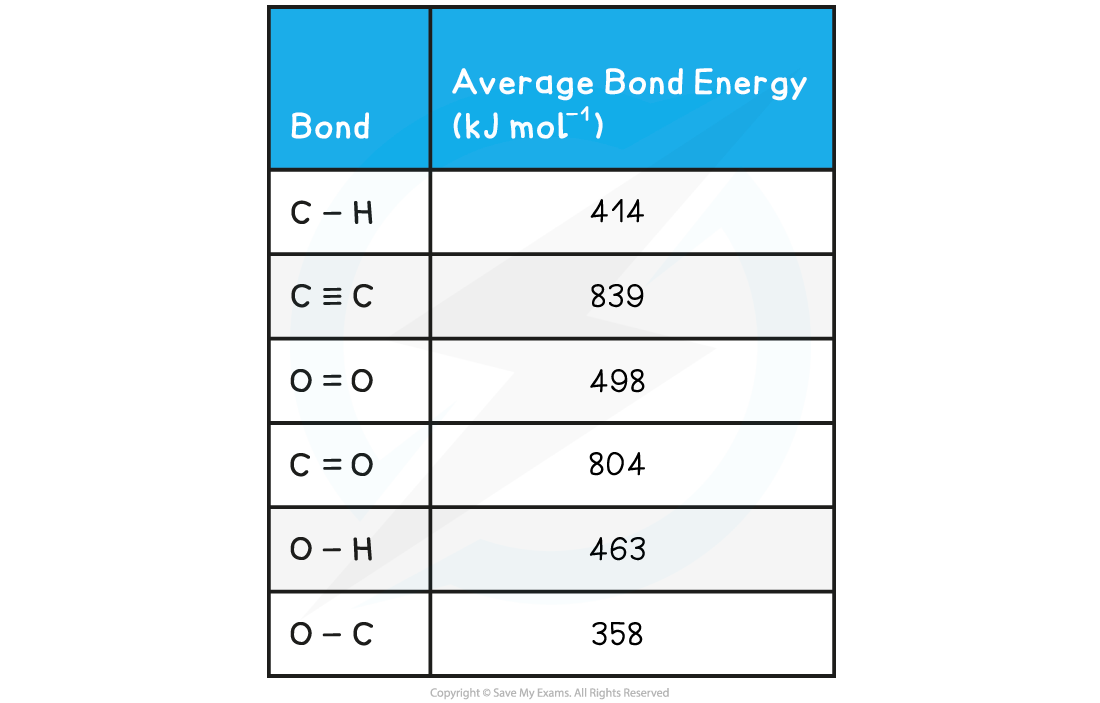 The chemical reaction should be therefore simplified such that only one mole of ethyne reacts in excess oxygen: 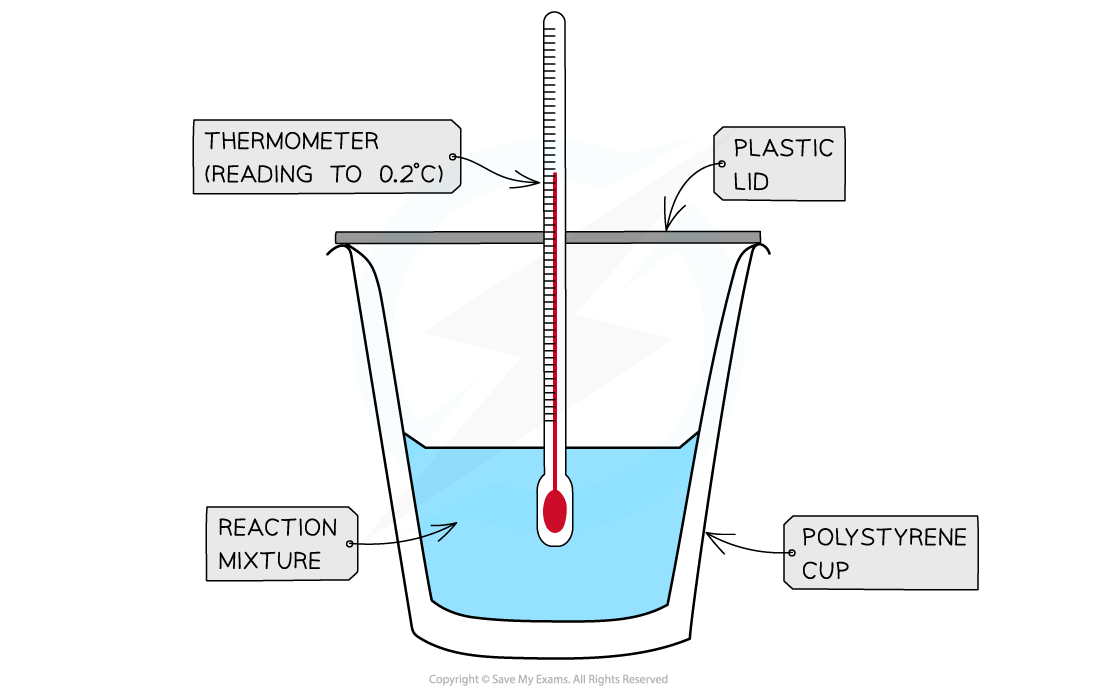 Equation for calculating energy transferred in a calorimeter