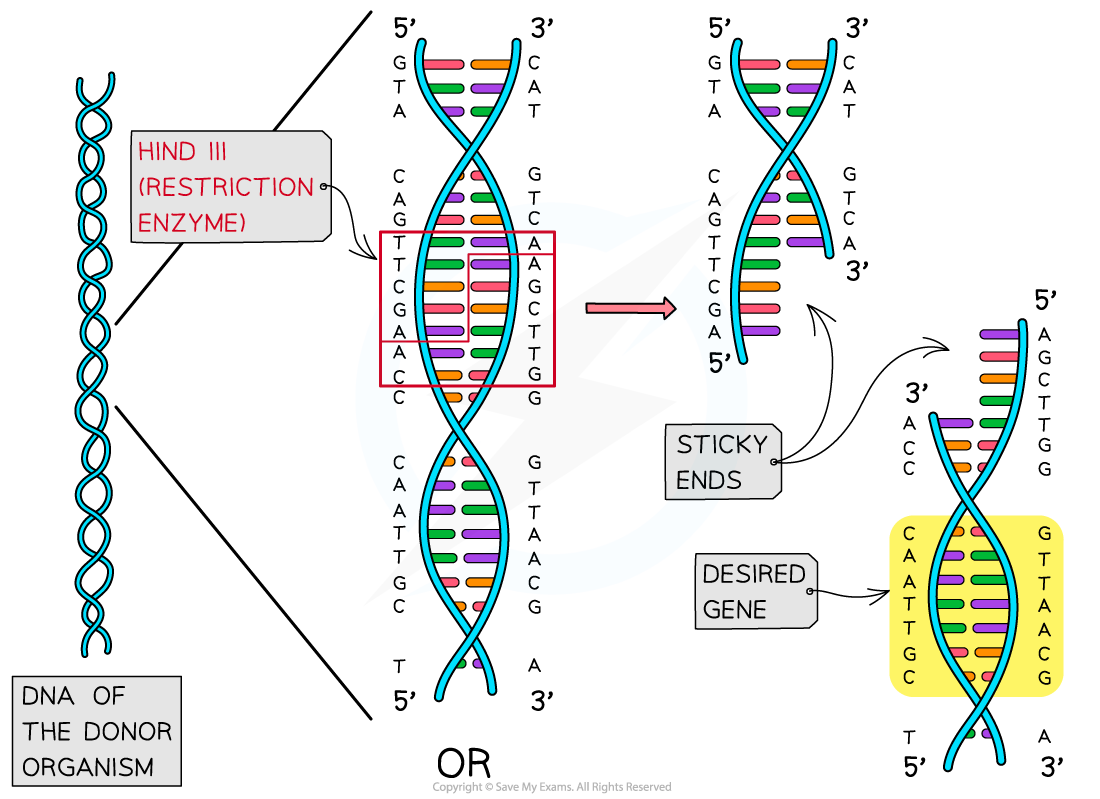 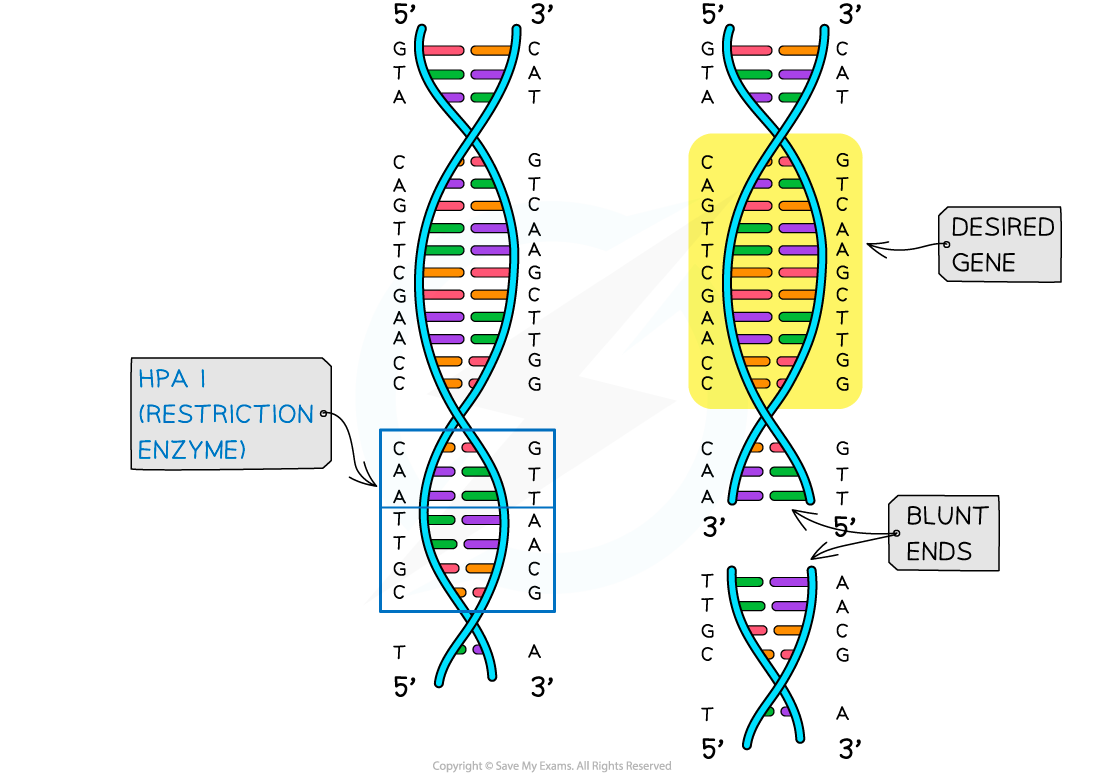 Desired genes are artificially synthesised to be transferred to another organism.

In your answer it is important to include the names of the enzymes (restriction endonuclease, reverse transcriptase, DNA polymerase) and the product (cDNA).