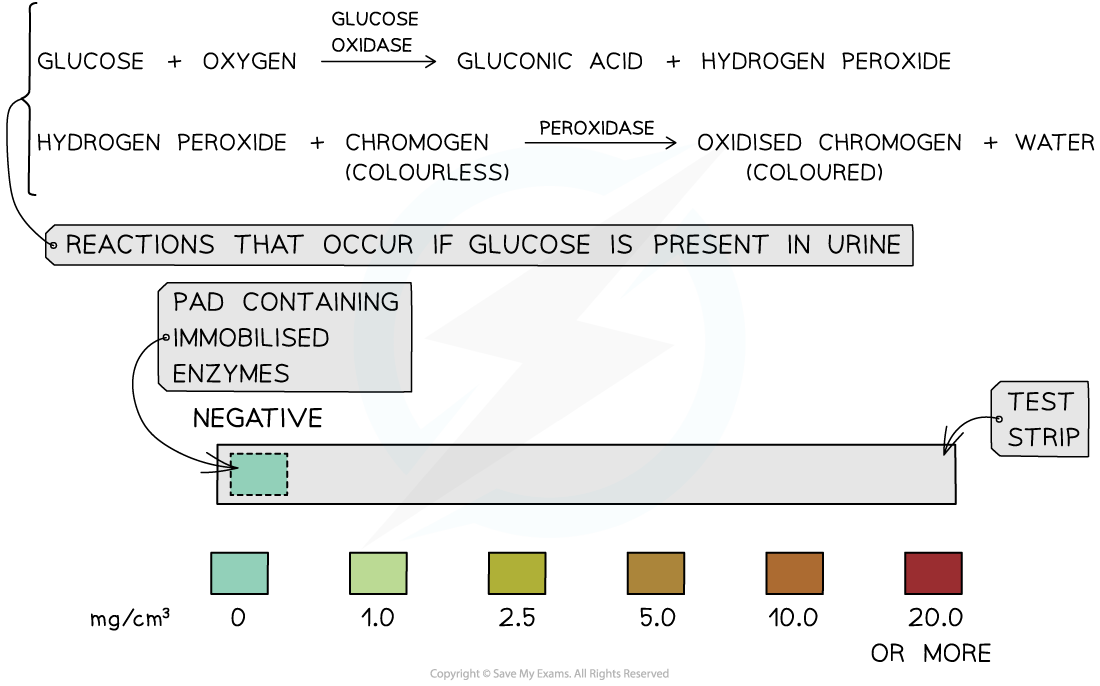 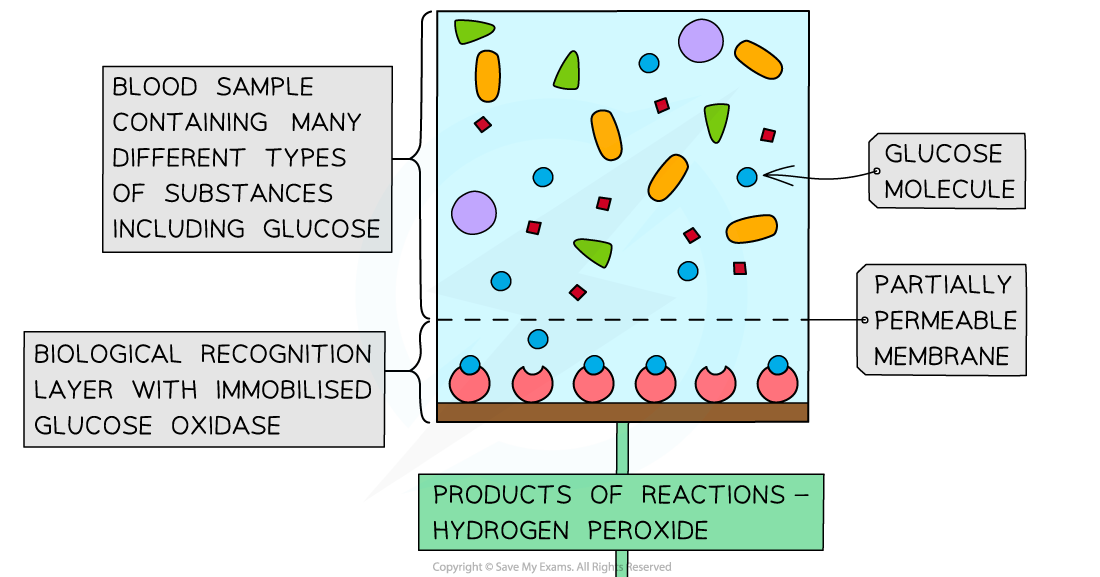 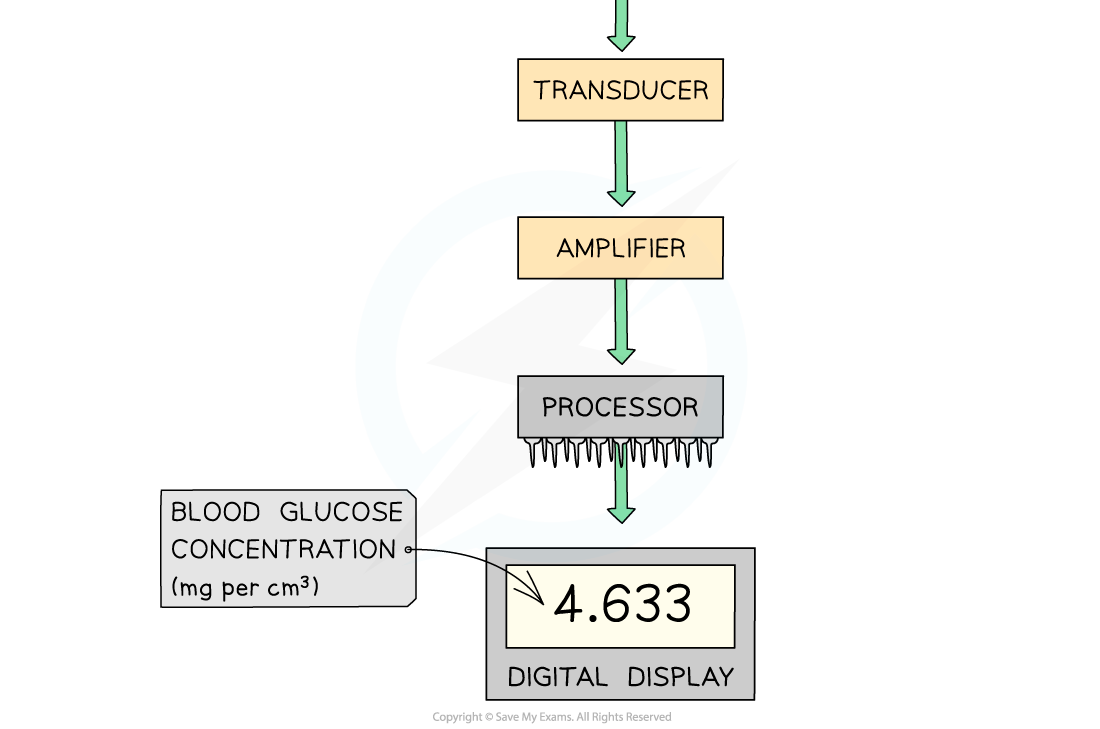 The parts of a glucose biosensor

The urine test strip will only produce a positive result for glucose. Other sugars such as fructose, sucrose and lactose will give a negative result. This is due to the specificity of the glucose oxidase enzyme.