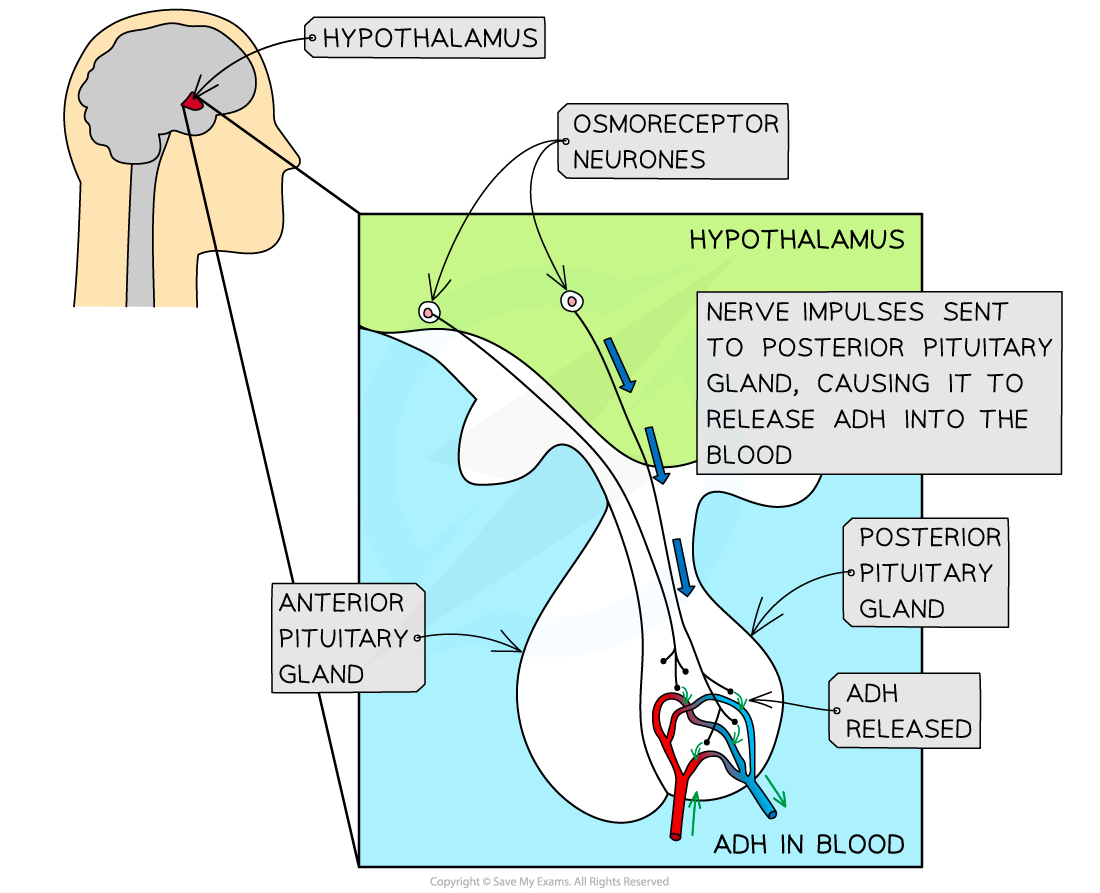 When osmoreceptors detect a decrease in blood water potential, nerve impulses stimulate the release of ADH at the posterior pituitary gland. This ADH then travels in the blood to the kidneys, causing them to increase water reabsorption

The effect of ADH on the kidneys 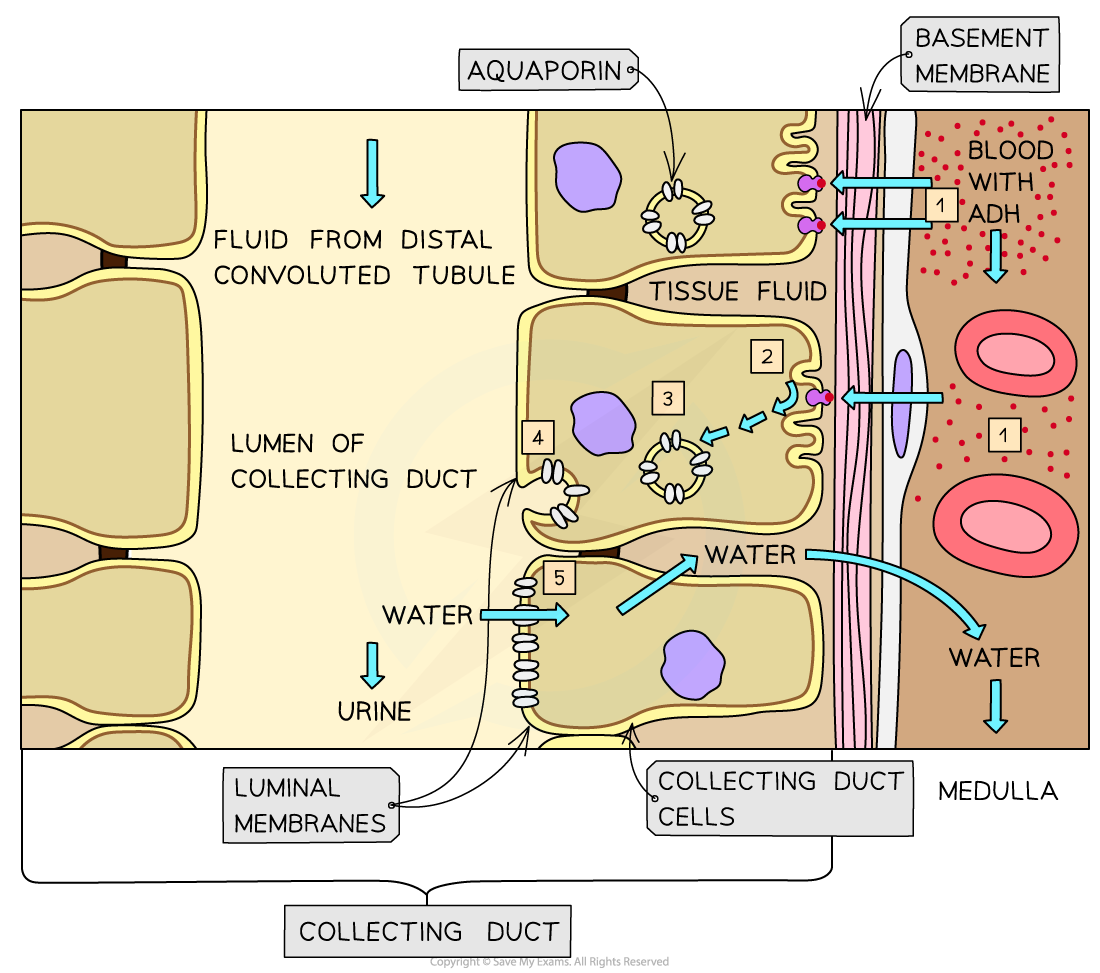 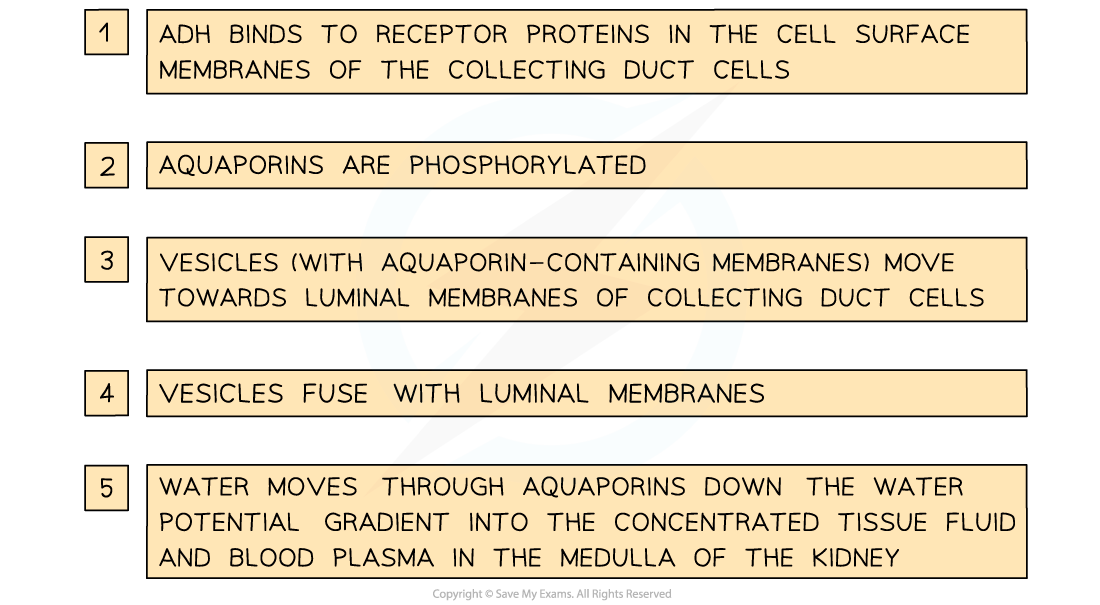 If the water potential of the blood is too high, the exact opposite happens: