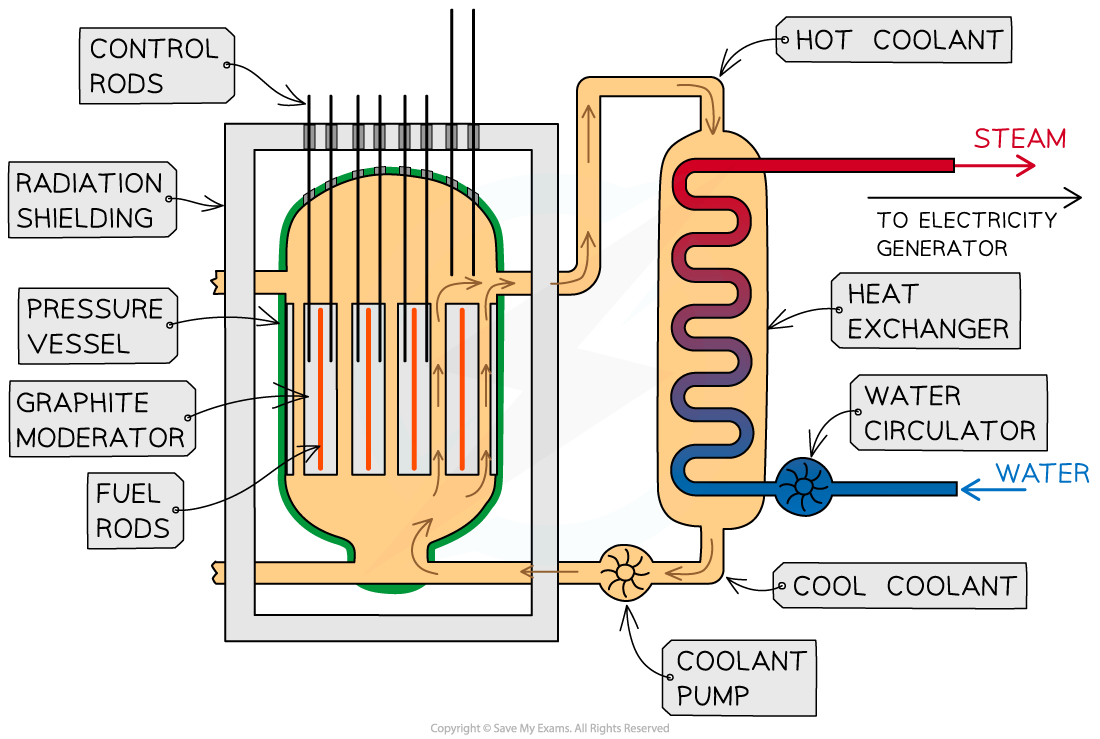 Purpose of a control rod: To absorb neutrons

The purpose of a moderator: To slow down neutrons 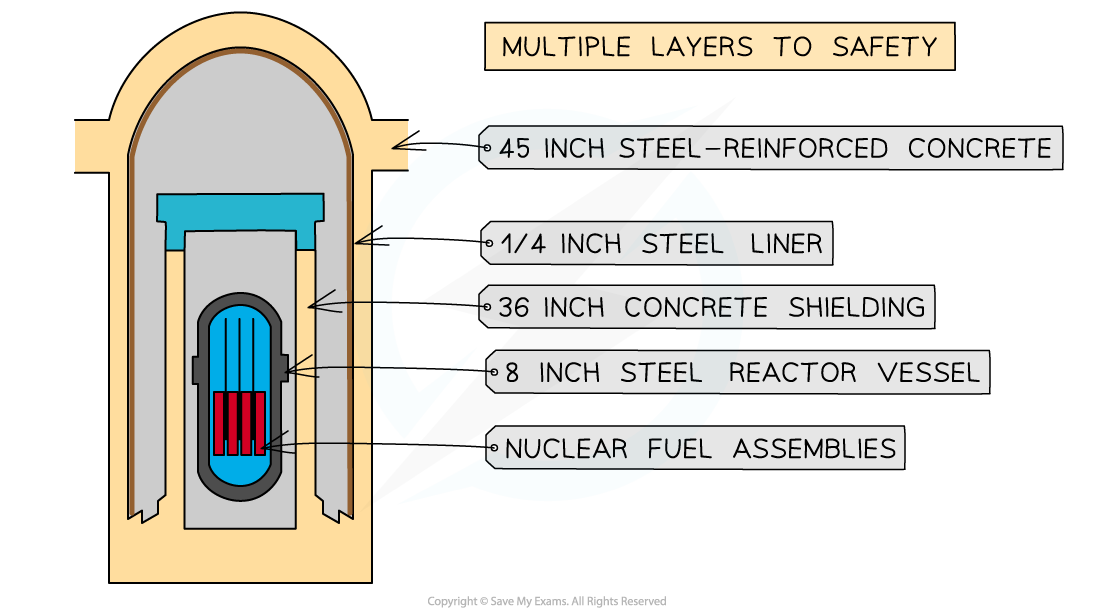 Shielding metals in a nuclear reactor

Diagram of a Fossil fuel based Reactor. The overall purpose of the reactor is to collect the heat energy produced from burning fossil fuels 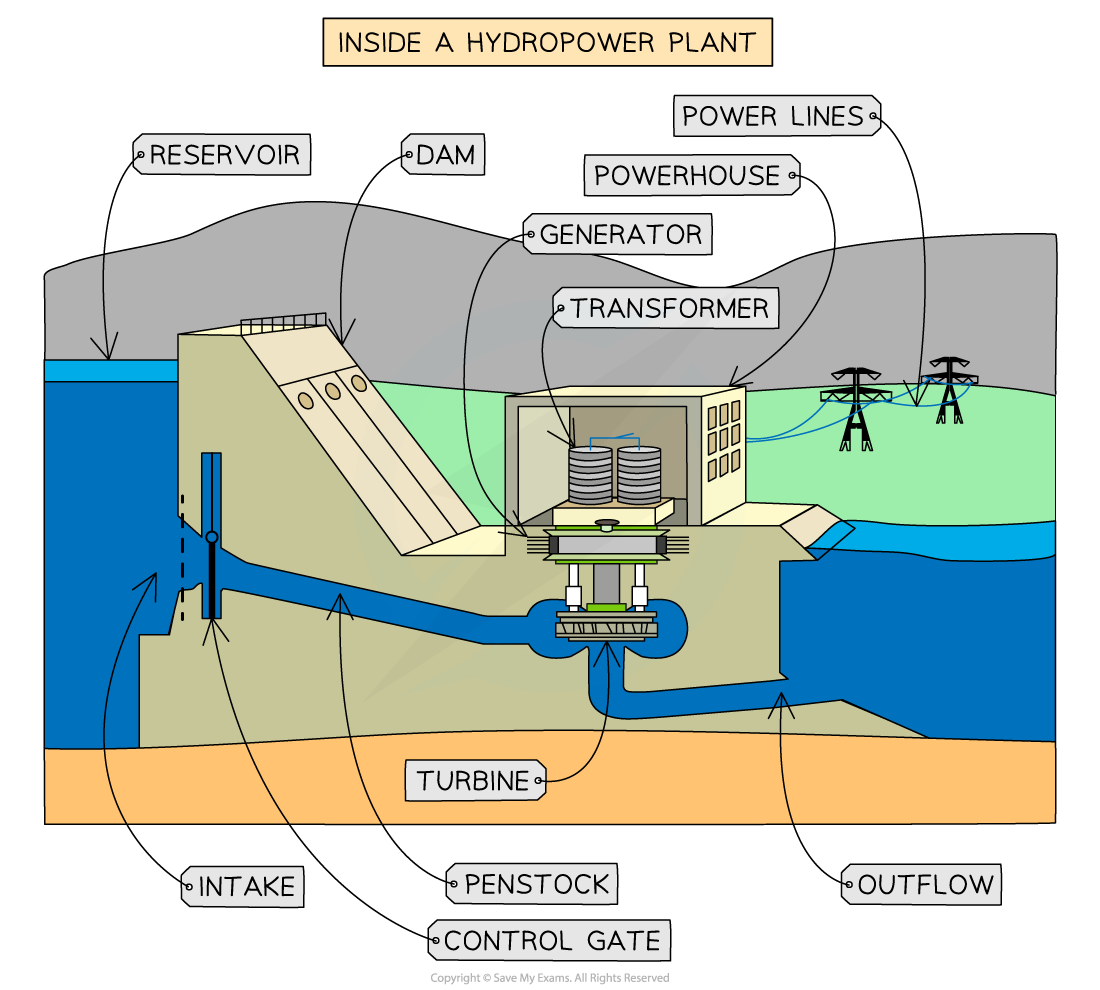 A hydroelectric power generation station. In off-peak hours water can be pumped back to the higher reservoir. 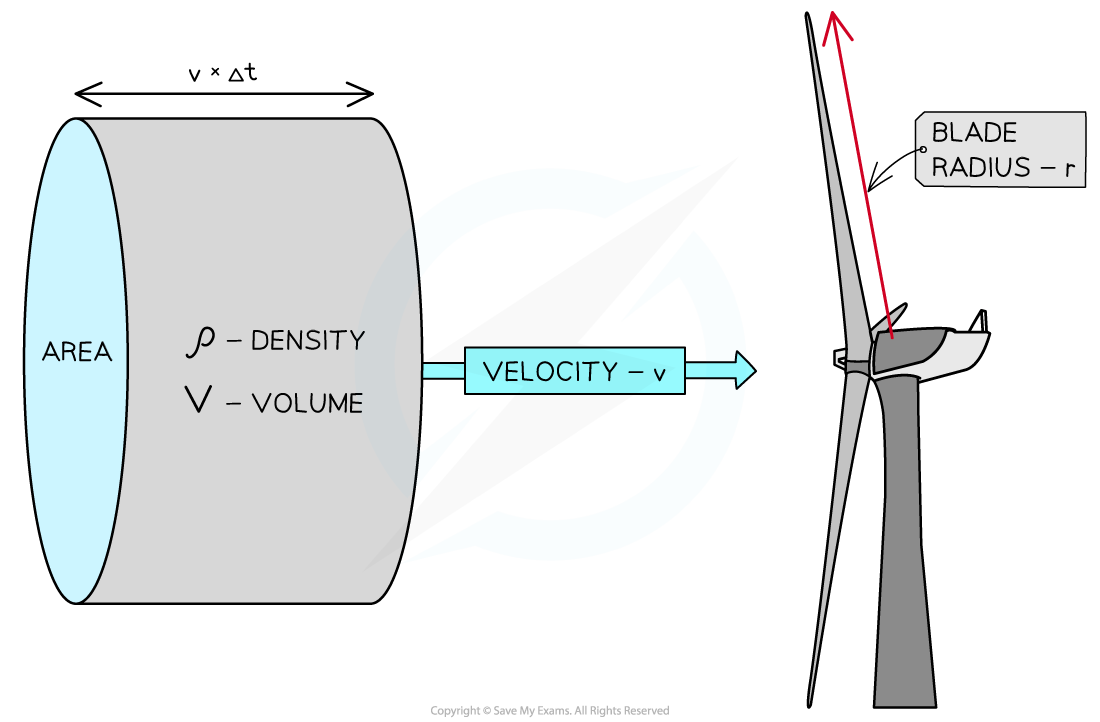 Step 3: Find the remaining power within the air after passing the turbine

Step 4: Find the power available for the turbine to use

In a hydroelectric dam, water of density 1000 kg m−3flows with a flow rate: 75 × 10−3 m3 s−1goes through a turbine and descends approximately 22 m. Deduce the maximum power this will give if the efficiency of the turbine system is 85%.