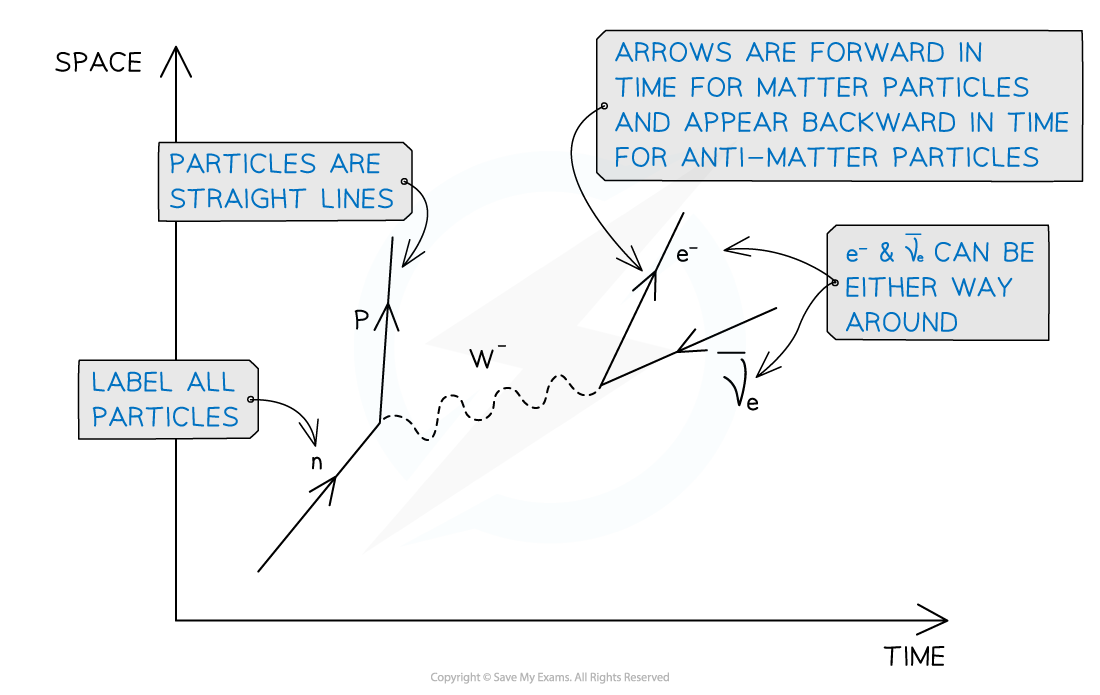 The gauge bosons are depicted by a wavy or dashed line, or a helix depending on the type of interaction

A neutron interacts with a neutrino in the following way:

Draw the Feynman diagram that corresponds to the neutron and neutrino interaction represented in the equation.

The most common exam mistakes when asked to draw Feynman diagrams are missing out arrows indicating the direction of charged gauge bosons or particles. Although you are not required to sketch and label the space and time axes, all particles must be labelled accurately. 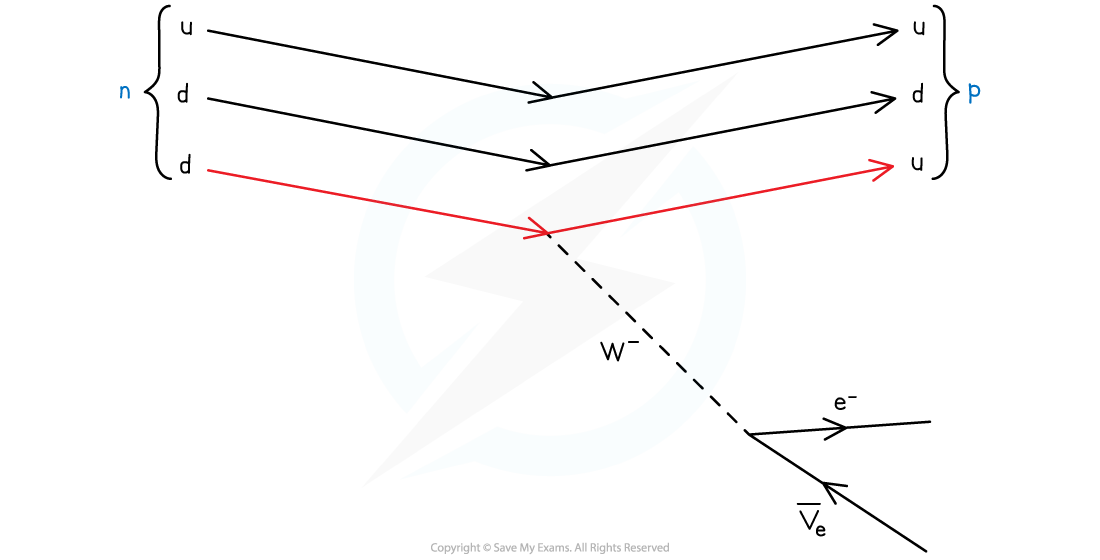 In beta minus decay, the weak interaction turns a down quark into an up quark 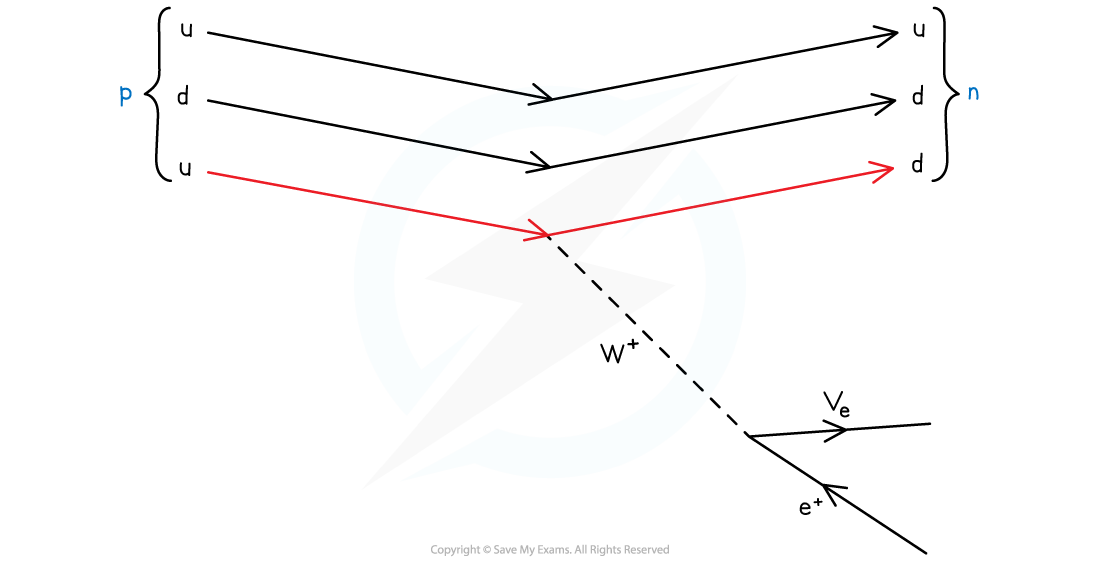 In beta plus decay, the weak interaction turns an up quark into a down quark 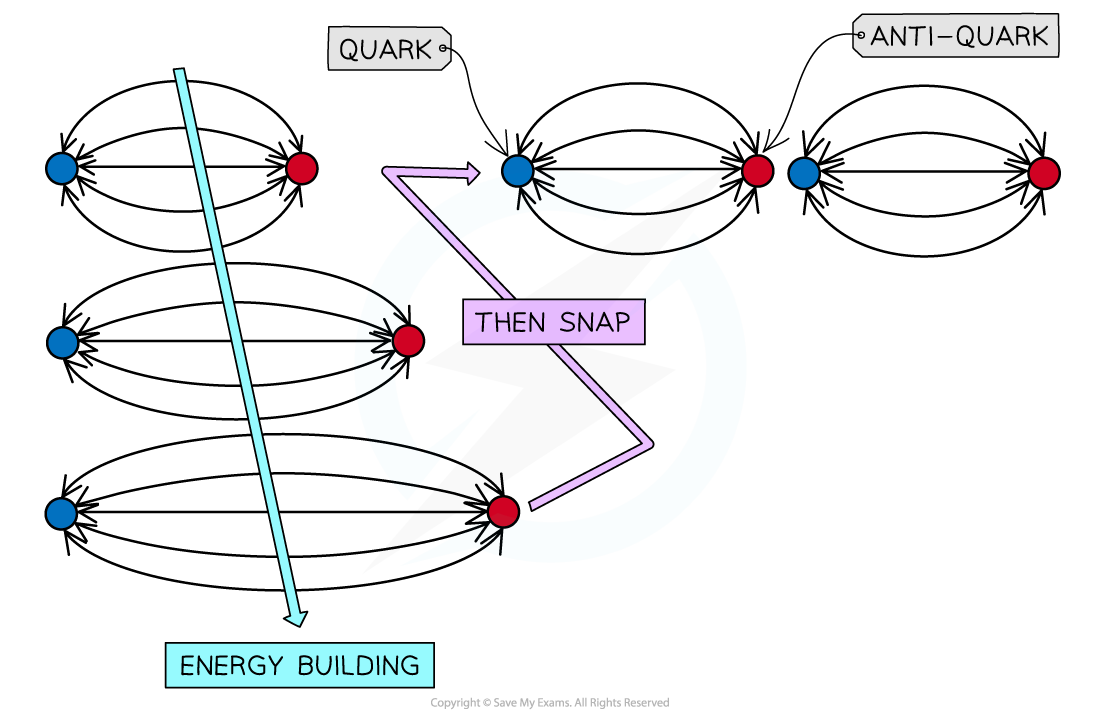