Hadrons are defined as any particle made up of quarks

The six flavours of quarks 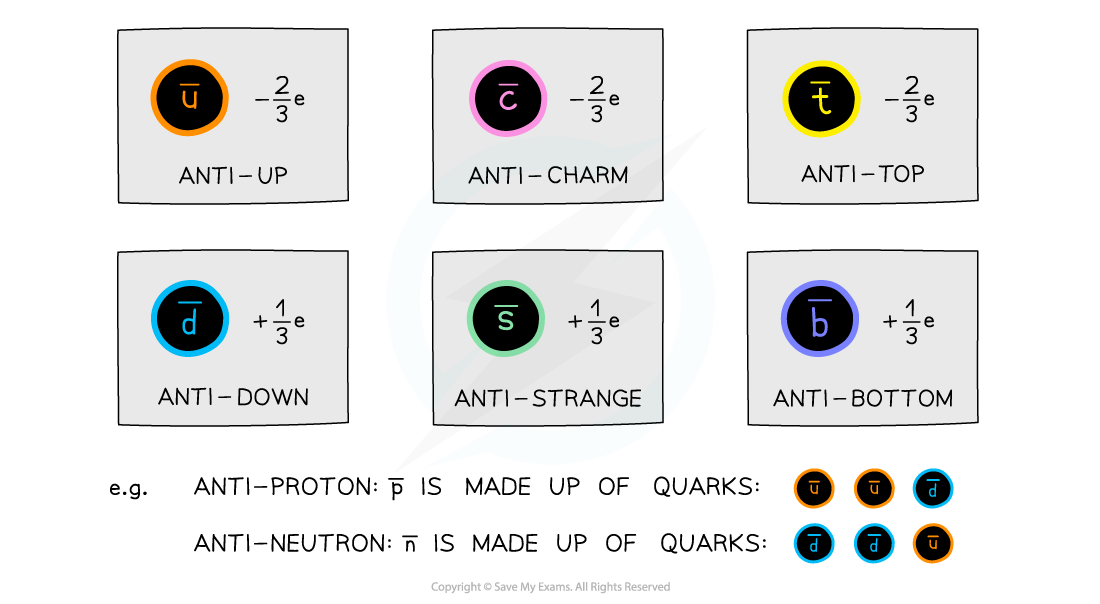 Each flavour of anti-quark has a charge of either -⅔e or +⅓e. The quark composition of anti-protons and anti-neutrons changes to anti-quarks

Particles are made up of a combination of three quarks or two quarks. Which quark combination would not give a particle a charge of -1 or 0?

A. up, strange, strange

B. charm, charm, down

A K- particle has a strangeness of –1. Determine the quark structure of this particle. 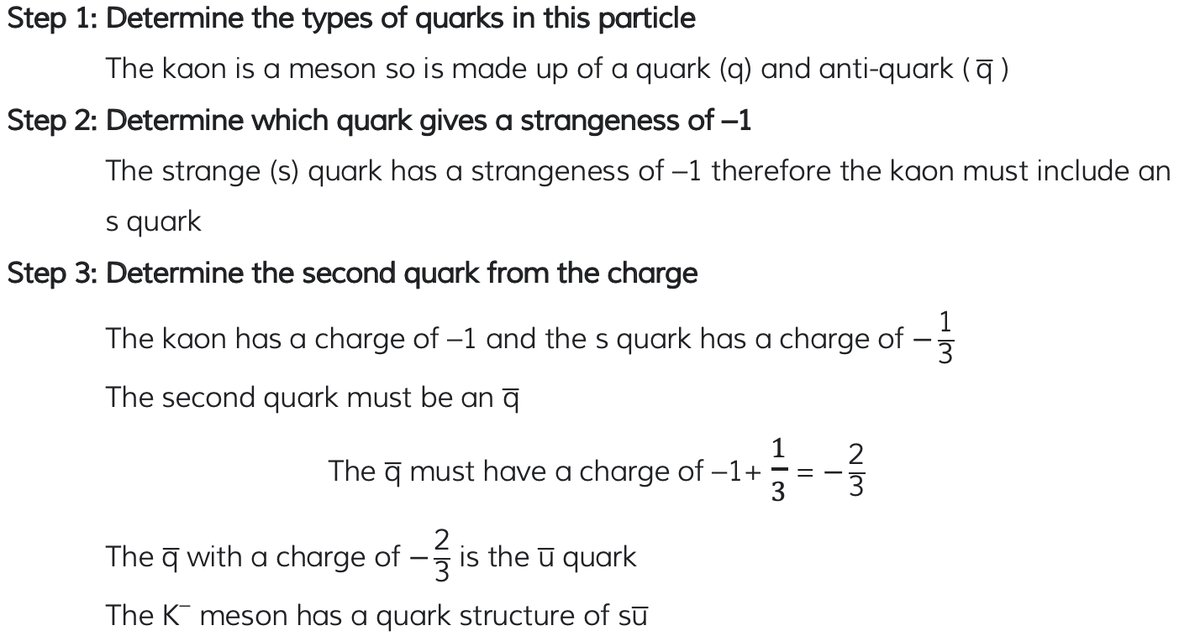 The six leptons are all fundamental particles

Circle all the anti-leptons in the following decay equation.

The lepton number depends if the particle is a lepton, anti-lepton or neither

If the lepton number is conserved in the following decay, identify whether particle X should be a neutrino or anti-neutrino

Step 1: Determine the lepton number of all the particles on both sides of the equation

Protons and neutrons are made up of three quarks

Step 3: Up quarks in a proton:

Step 4: Up quarks in a neutron:

Step 5: Total number of up quarks:

The equation for β– decay is

Using the quark model of beta decay, prove that the charge is conserved in this equation. 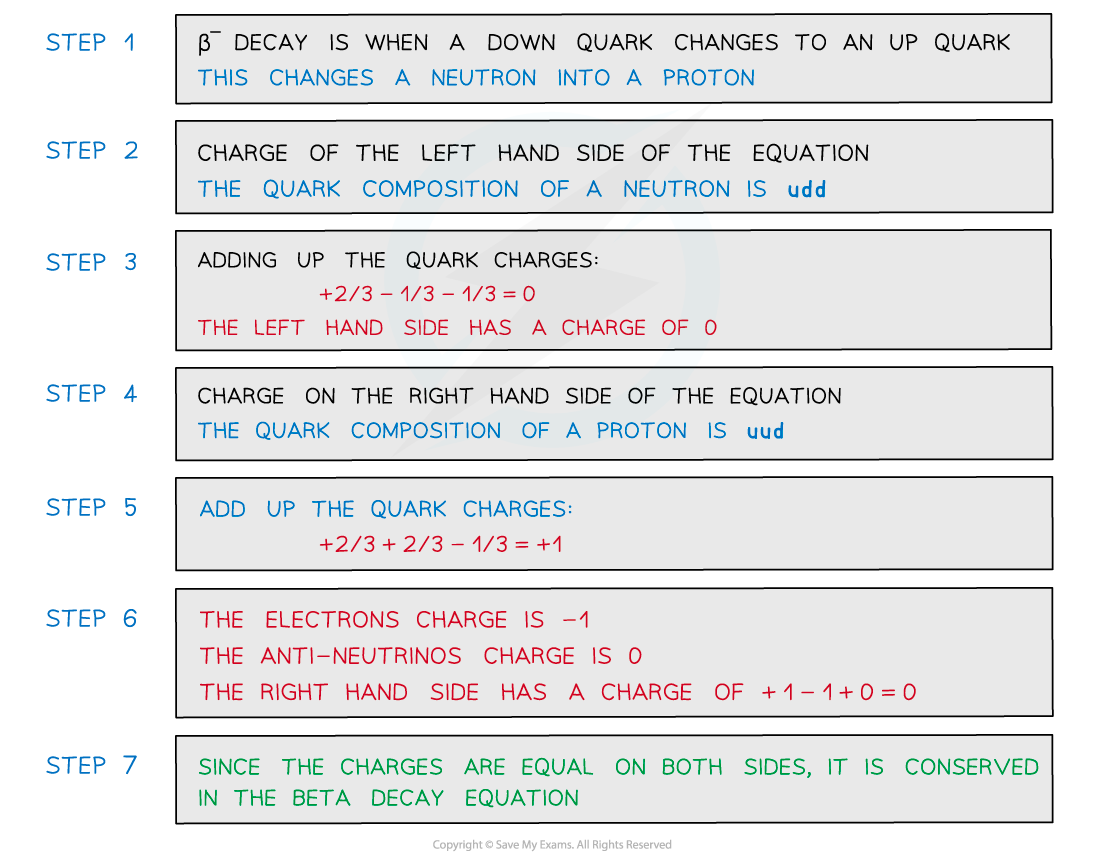