The joining of two small nuclei to produce a larger nucleus 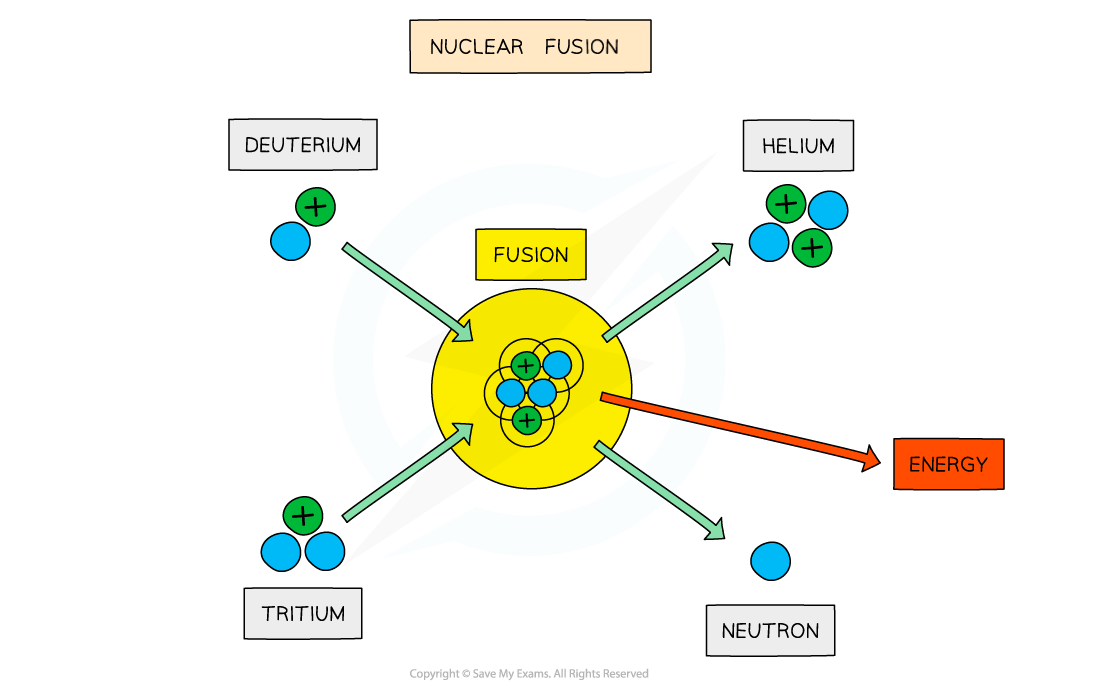 The splitting of a large atomic nucleus into smaller nuclei 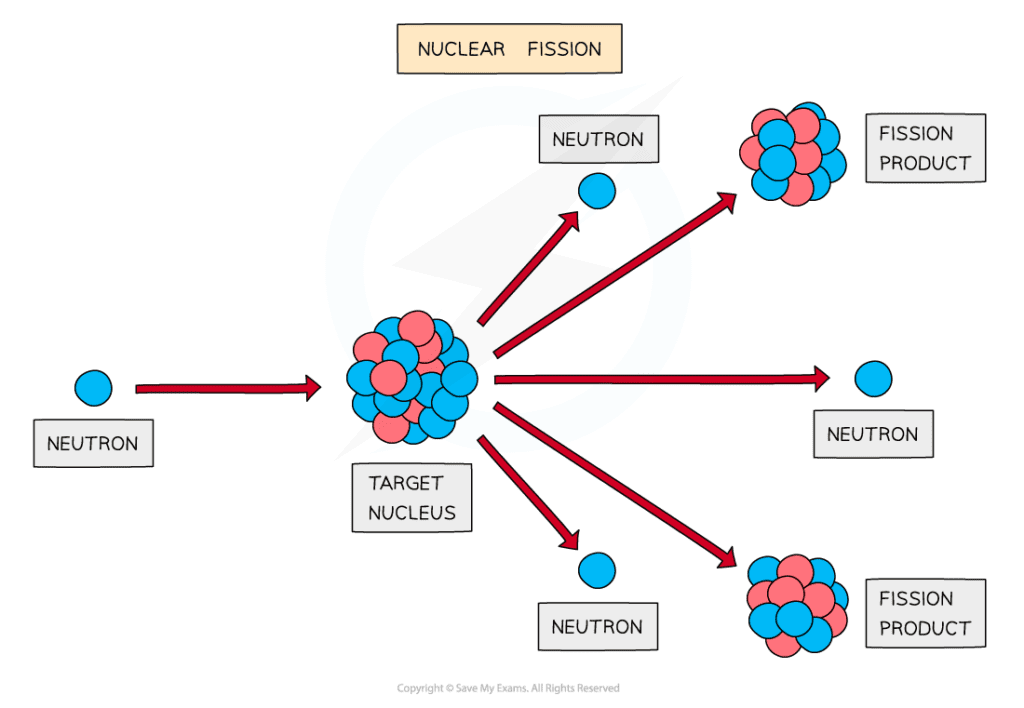 The fission of a target nucleus, such as uranium, to produce smaller daughter nuclei with the release of energy

Significance of Binding Energy per Nucleon

When an atom undergoes nuclear fission, take note that extra neutrons are ejected by the nucleus and not from the fission products. 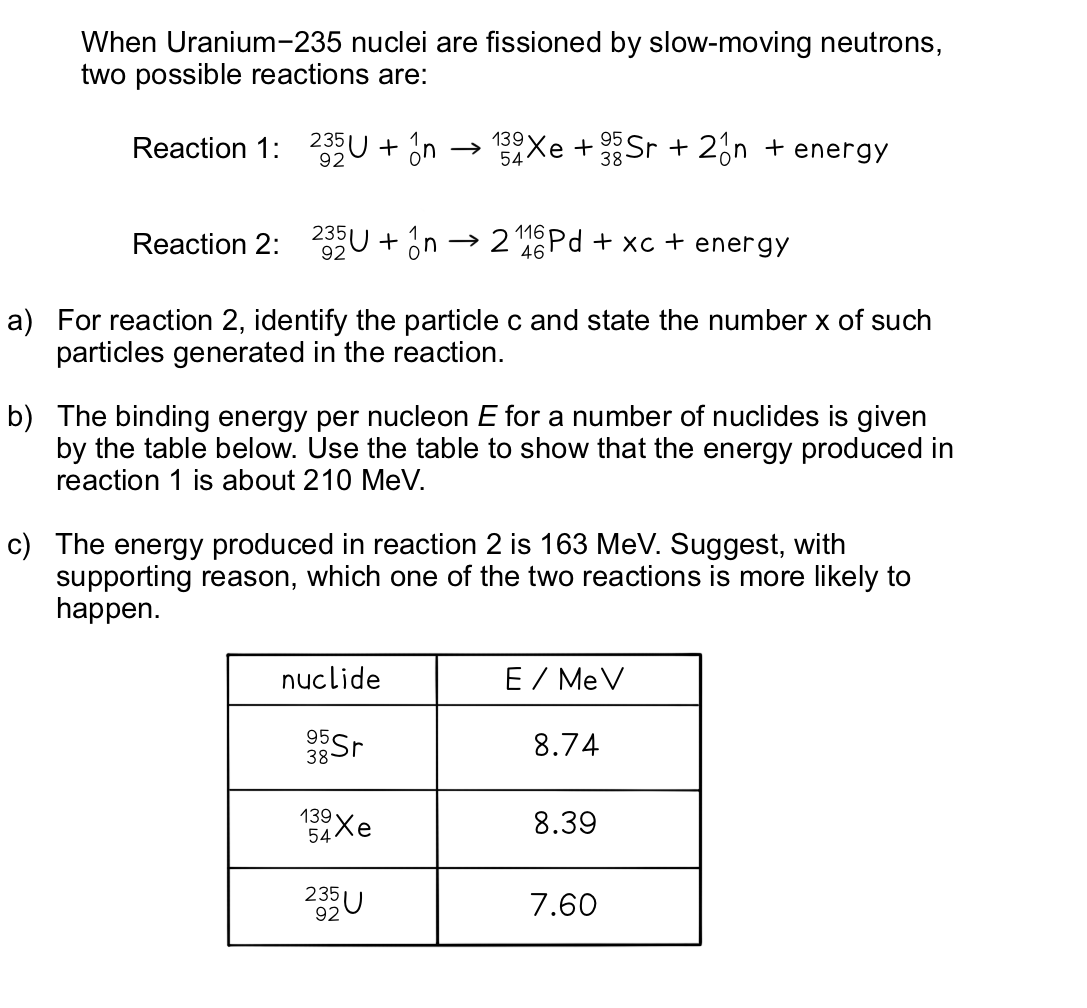 Step 1: Balance the number of protons on each side using the proton number

Step 2: Balance the number of nucleons on each side using the nucleon number

Step 1: Find the binding energy of each nucleus

Step 2: Calculate the difference in energy between the products and reactants

When a uranium-235 nucleus absorbs a slow-moving neutron and undergoes fission one possible pair of fission fragments is technetium-112 and indium-122. The equation for this process and the binding energy per nucleon for each isotope is shown below.

When a uranium-235 nucleus undergoes fission in this way, calculate:

a) The energy released, in MeV

b) The mass defect

Step 1: Determine the binding energies on each side of the equation

Step 2: Find the difference between the energies

Step 1: Convert the energy released from MeV to J

Step 2: Write down the equation for mass-energy equivalence

Step 1: Convert the energy released from MeV to u

Both methods for calculating mass defect in the second worked example are perfectly valid. It is highly recommended that you practice both ways and see which method you are most comfortable using.