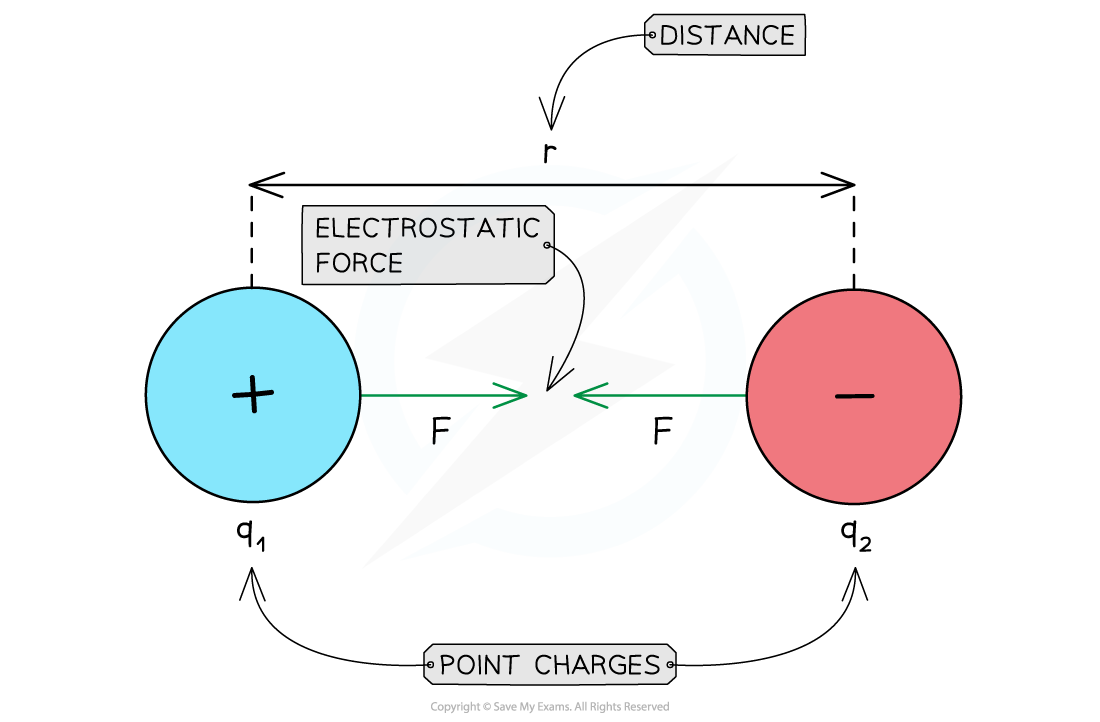 An alpha particle is situated 2.0 mm away from a gold nucleus in a vacuum.Assuming them to be point charges, calculate the magnitude of the electrostatic force acting on each of the charges.

Step 2: Calculate the charges of the alpha particle and gold nucleus

Step 3: Write down the equation to calculate the electrostatic force

Step 4: Substitute the numbers into the equation

You do not need to memorise the numerical value of the Coulomb's constant k or that of the permittivity of free space ε0. They will both be given in the data booklet.

Unless specified in the question, you should assume that charges are located in a vacuum.

You should note that Coulomb's law can only be applied to charged spheres whose size is much smaller than their separation. Only in this case, the point charge approximation is valid. You must remember that the separation r must be taken from the centres of the spheres.

You cannot use Coulomb's law to calculate the electrostatic force between charges distributed on irregularly-shaped objects.