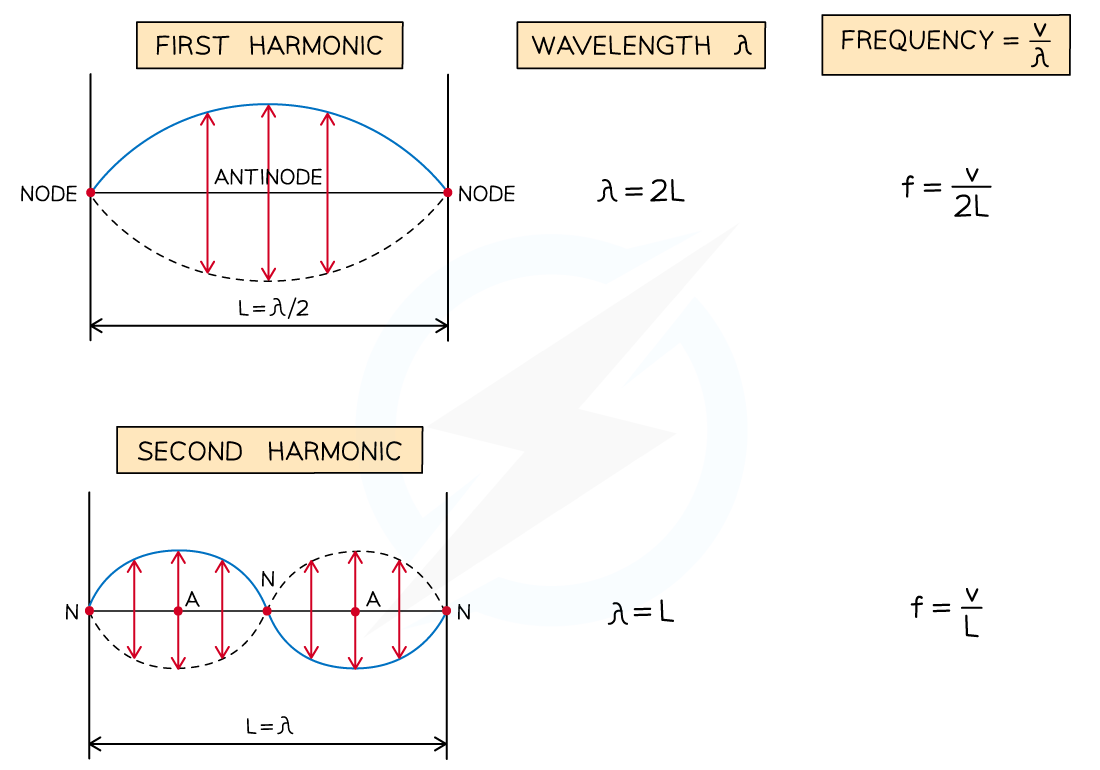 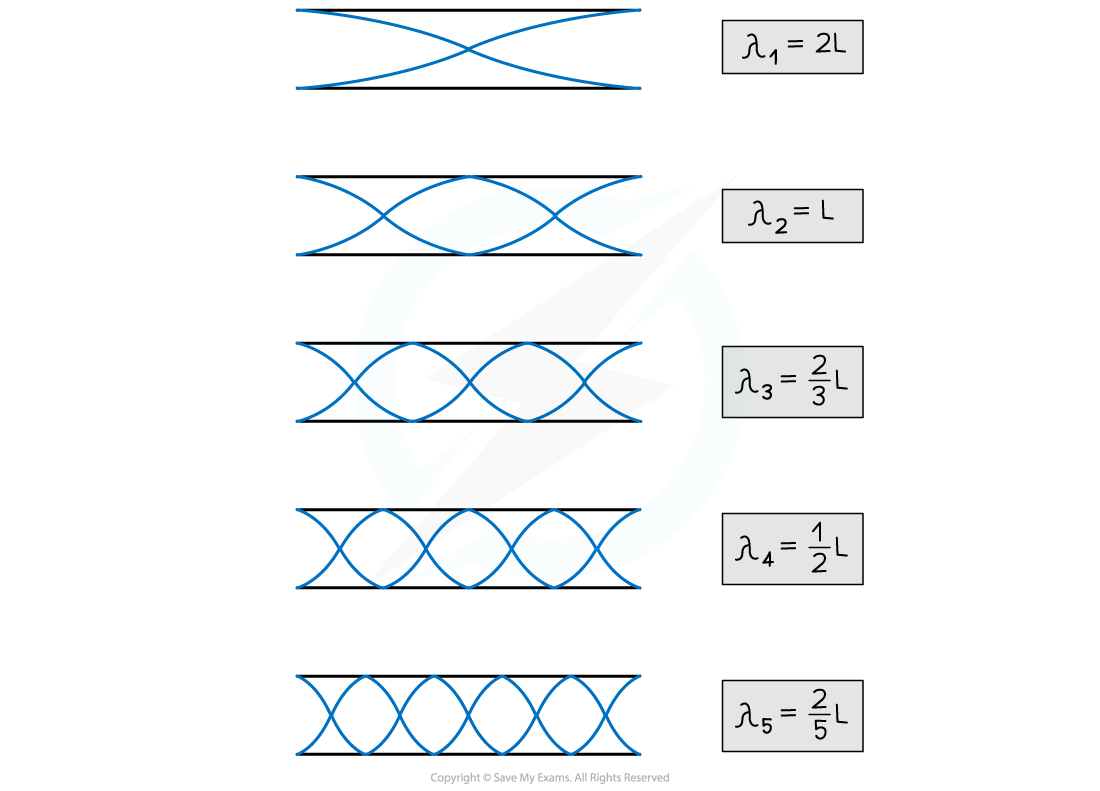 Diagram showing the first three possible harmonics in a pipe open at one end. Only the odd harmonics can form in this case

Transverse waves travel along a stretched wire 100 cm long. The speed of the waves is 250 m s–1.

Determine the maximum harmonic detectable by a person who can hear up to 15 kHz.

Step 2: Write down the equation for the frequency of the nth harmonic

Step 3: Rearrange the above equation to calculate the number n of the maximum harmonic detectable by the person

The person can hear up to the 120th harmonic

Before carrying out any calculation on standing waves, you should look carefully at the boundary conditions, since these will determine the wavelengths and natural frequencies of the harmonics.

Remember that n can take any integer value greater than zero in the case of standing waves on strings and in pipes open at both ends. For pipes open at one end, instead, n can only be an odd integer.