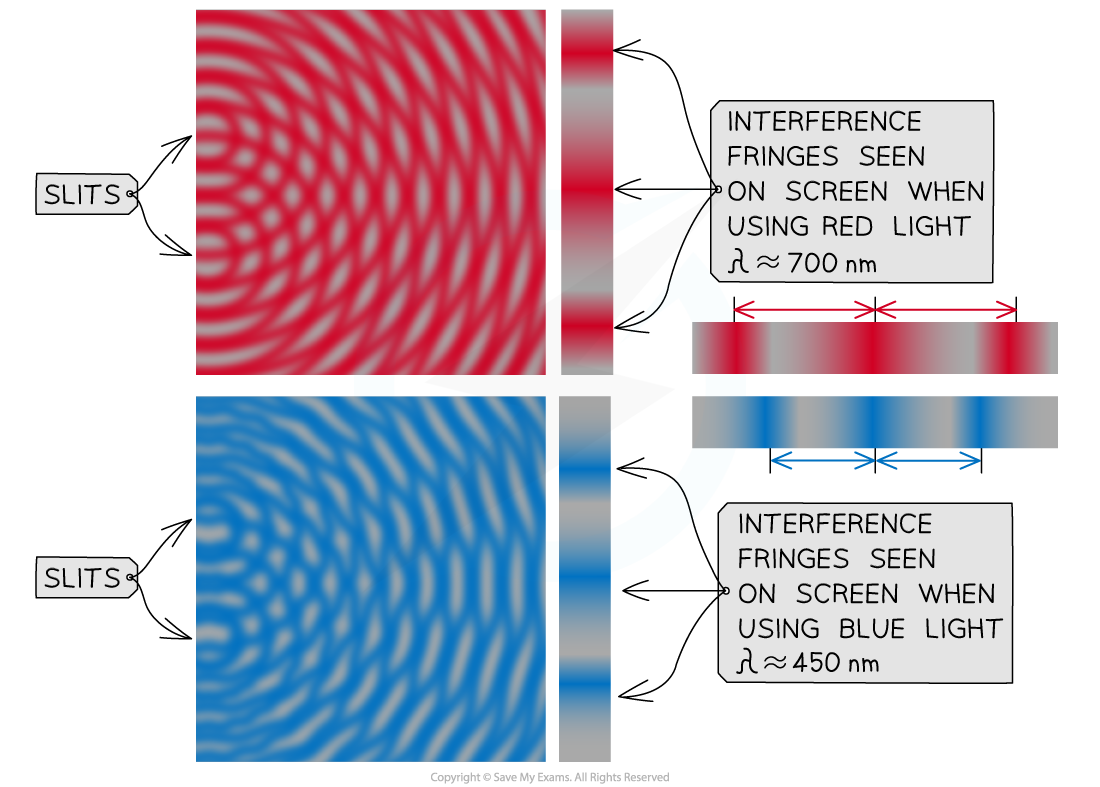 Difference in the interference pattern of red and blue light. Red light has a longer wavelength than blue light, so the fringes are more spaced out 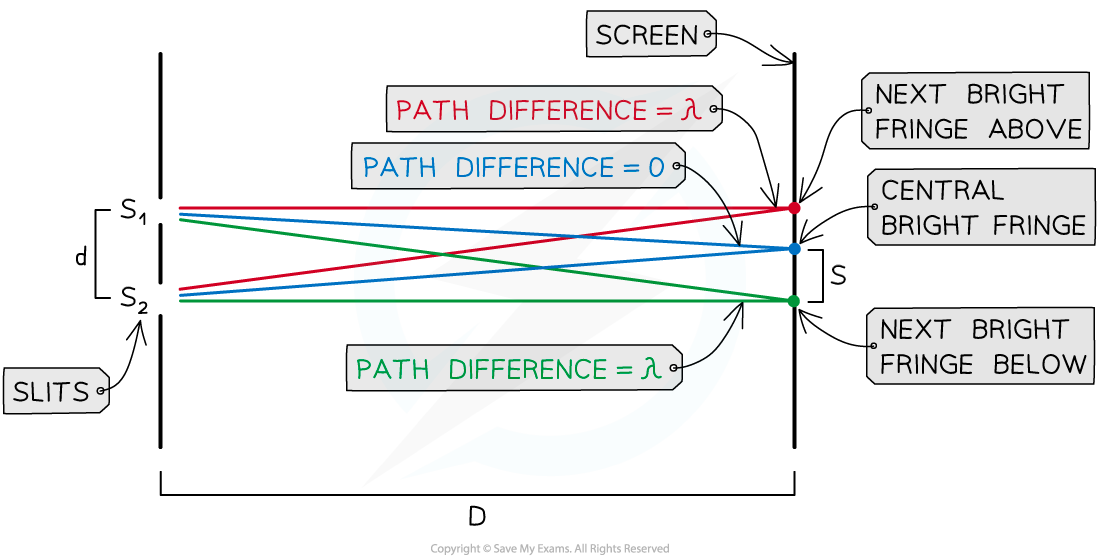 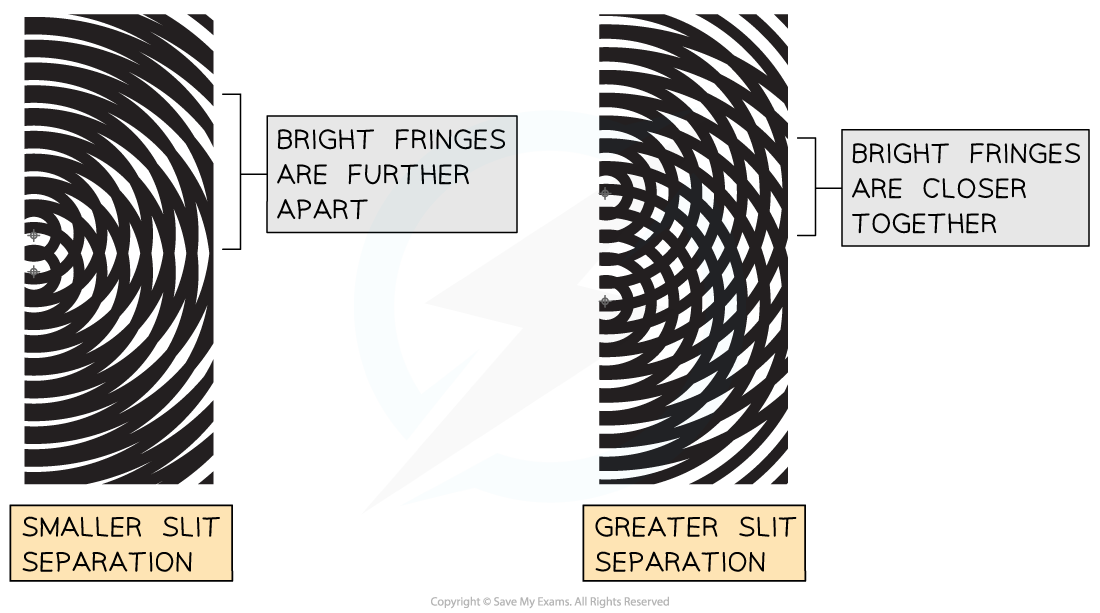 Dependence of the interference pattern on the separation between the slits. The further apart the slits, the closer together the bright fringes

In a double-slit experiment, two slits are placed a distance of 0.40 mm apart and a screen is located 0.50 m away from the slits.

Coherent electromagnetic waves incident on the slits produce an interference pattern on the screen. The separation between dark fringes is 0.50 cm.

Determine the wavelength and state the type of electromagnetic waves used in the experiment.

Note that you must convert all lengths into metres (m)

Step 2: Write down the double-slit equation

Step 3: Rearrange the above equation to calculate the wavelength λ

This corresponds to the infrared area of the electromagnetic spectrum

Some tricky questions might give you the separation between a bright and a dark fringe. This is equal to half the value of s!