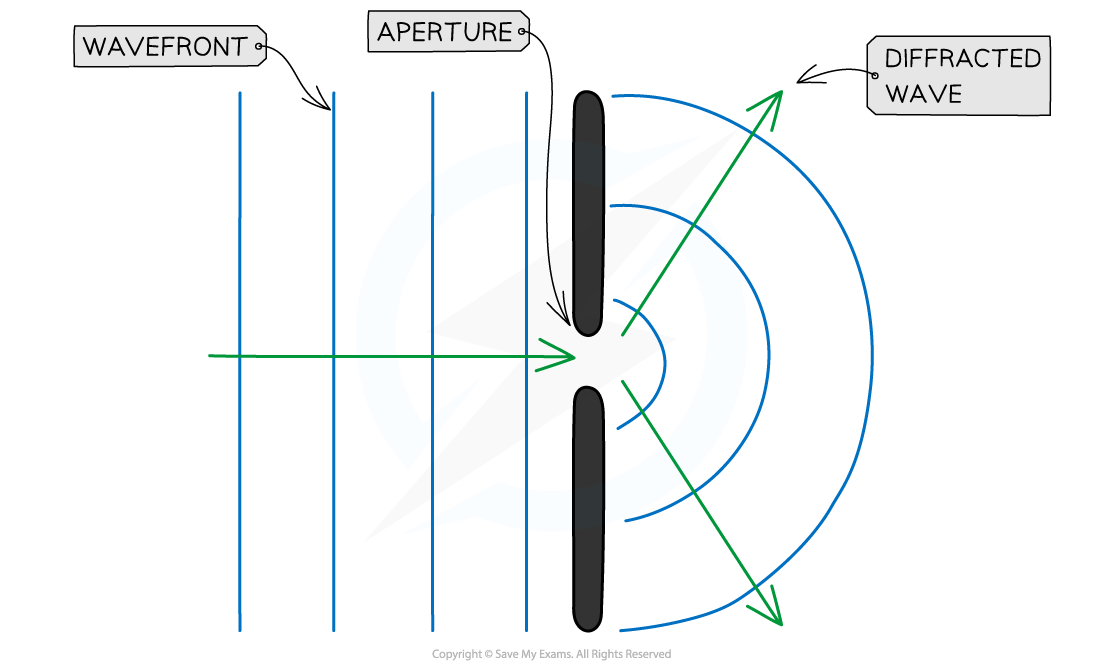 As waves pass through the aperture, they spread out 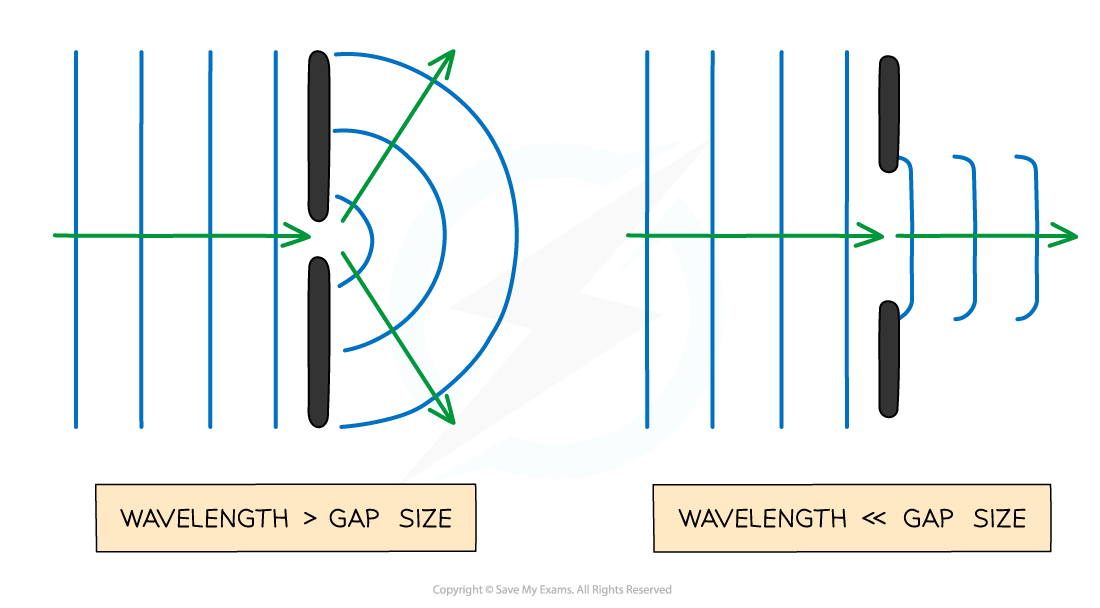 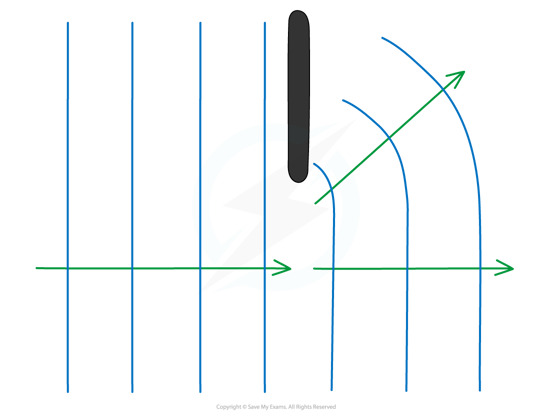 When a wave goes past the edge of a barrier, the waves can curve around it

An electric guitar student is practising in his room. He has not completely shut the door of his room, and there is a gap of about 10 cm between the door and the door frame.

Determine the frequencies of sound that are best diffracted through the gap.

Step 1: Optimal diffraction happens when the wavelength of the waves is comparable to (or larger than) the size of the gap

Step 2: Write down the wave equation

Step 3: Rearrange the above equation for the frequency f

The frequencies of sound that are best diffracted through the gap are:

When a wave is travelling through the air, which scenario best demonstrates diffraction?

D.  X-rays passing through atoms in a crystalline solid

When drawing diffracted waves, take care to keep the wavelength (the distance between each wavefront) constant.