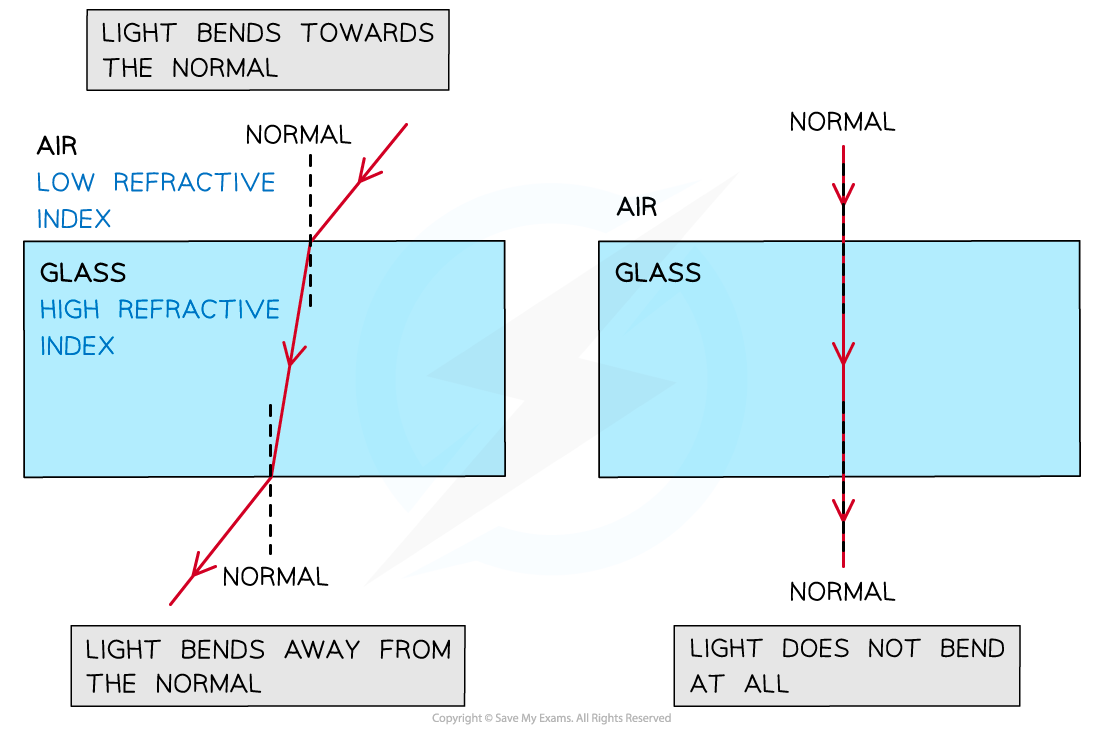 Refraction of light through a glass block 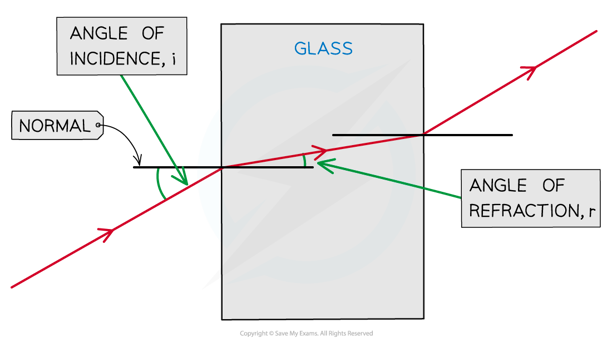 A light ray being refracted at the air-glass boundary The angle of incidence which results in an angle of refraction of 90°, after which point, total internal reflection occurs 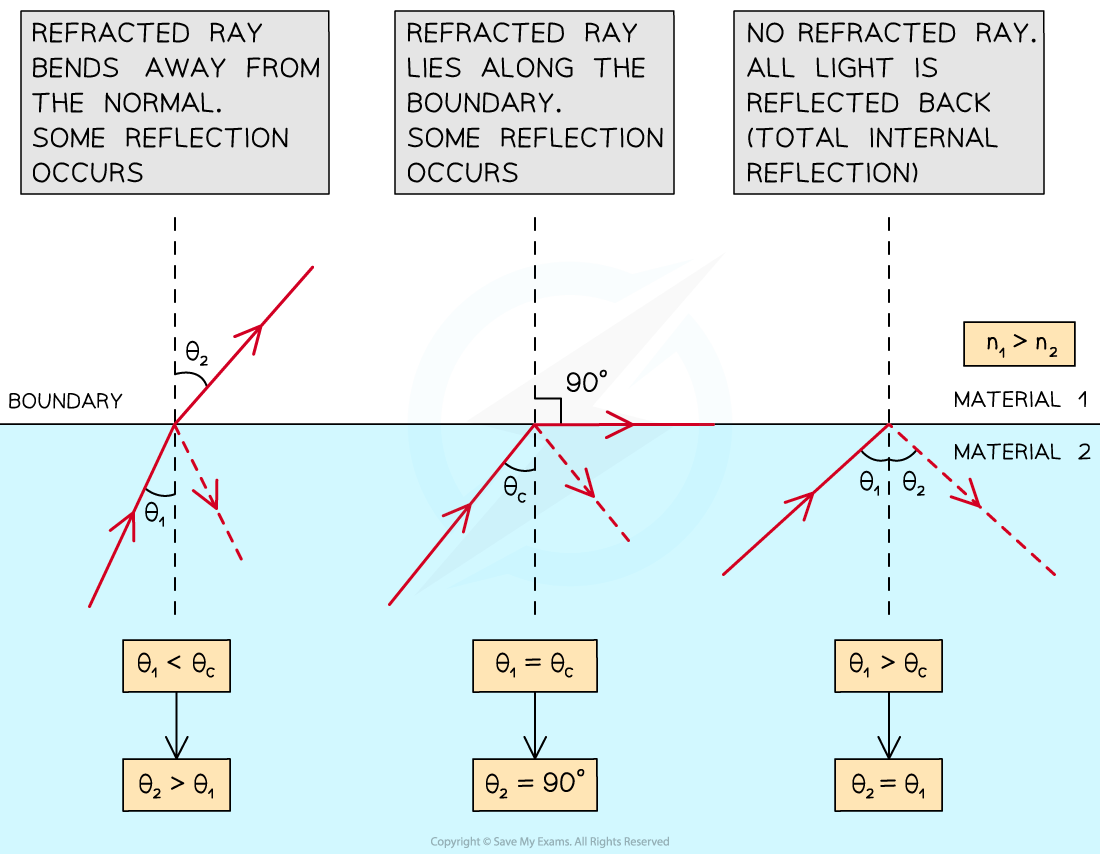 Wavefronts travel from air to water as shown. Add the refracted wavefronts to the diagram.

Step 2: Add the normal at the point of incidence 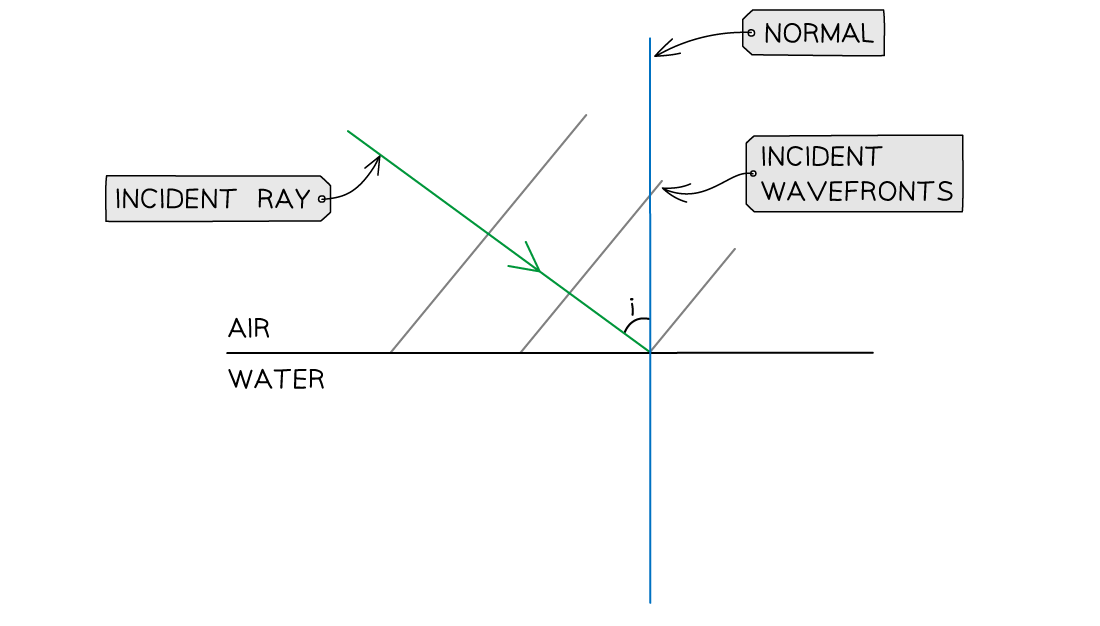 Step 3: Draw the refracted ray into the water 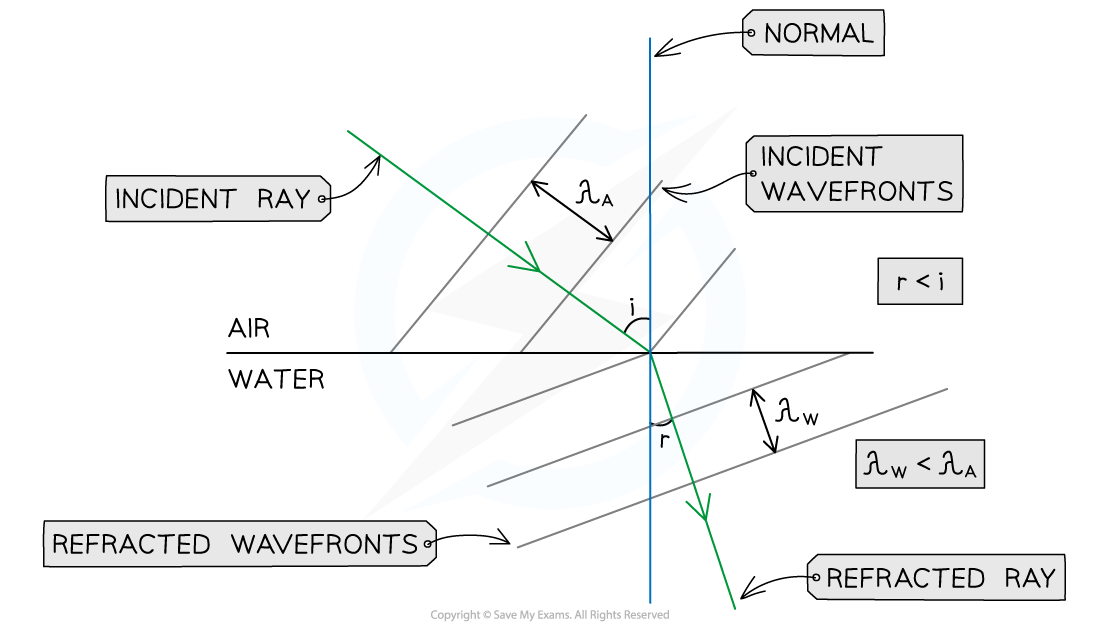 Light travels from a material with refractive index 1.2 into air. Determine the critical angle of the material.

Step 2: Write down the equation for the critical angle θc

Step 3: Substitute the numbers into the above equation

Step 4: Calculate θc by taking sin–1 of the above equation

Light travels from air into glass. Determine the speed of light in glass.

Step 2: Write down the relationship between the refractive indices of air and glass and the speeds of light in air (v1) and glass (v2)

Step 3: Rearrange the above equation to calculate v2