A sound wave travelling through air

The spectrum of sound waves 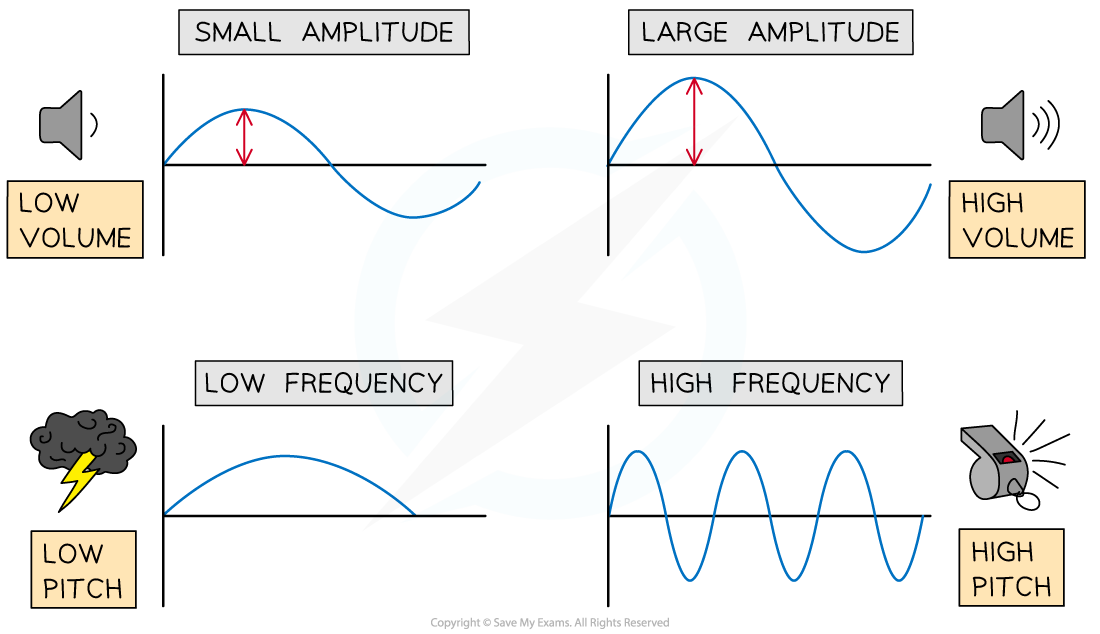 Pitch and amplitude of sound

A person stands 50 m from a wall. The person claps their hands repeatedly, and changes the clapping frequency until the echoes are synchronised with the claps. A mobile phone application measures the time between the claps, which is t = 0.30 s. Determine the speed of sound.

Step 2: Write down the "echo equation"

Step 3: Substitute the numbers into the above equation and calculate the speed of sound v