A transverse wave travelling from left to right

A longitudinal wave travelling from left to right

The diagram below represents a transverse wave at time t = 0. The direction of motion of the wave is shown. Point P is a point on the wave. State in which direction point P will move immediately after the time shown.

Step 1: Determine the possible directions that point P can travel in

Step 2: Determine the next direction of point P 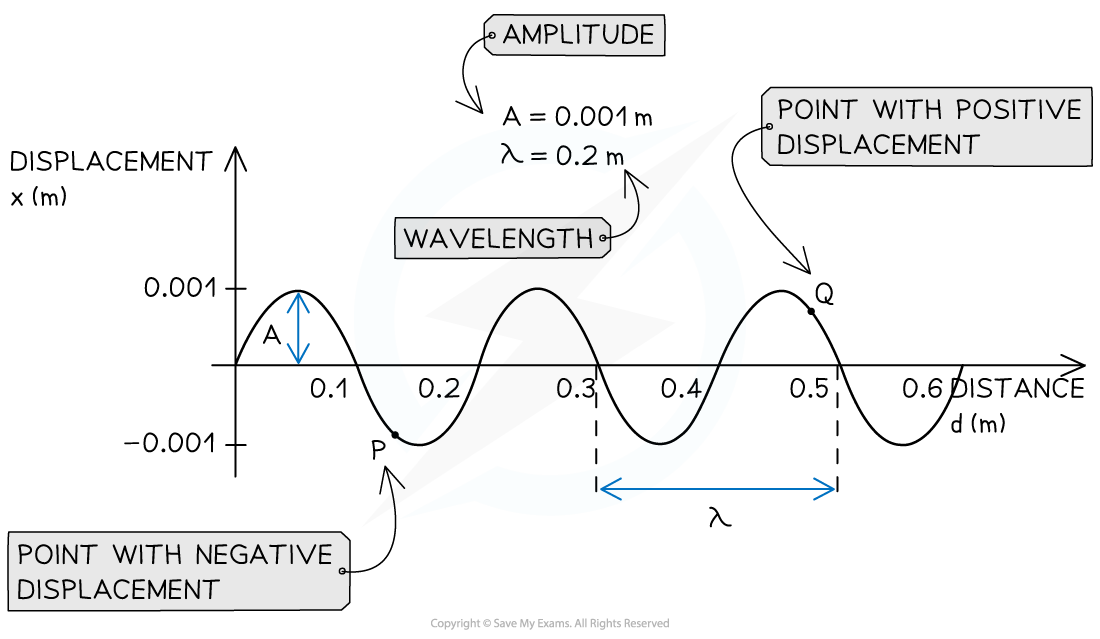 An example of displacement-distance graph for a travelling wave 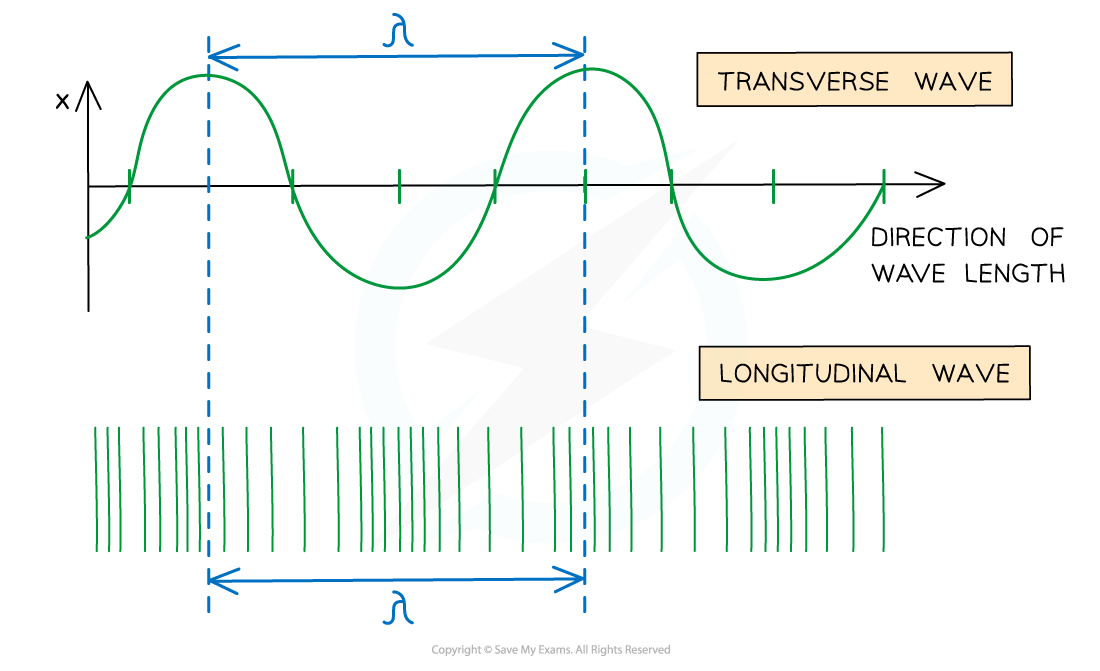 An example of displacement-time graph for a travelling wave

Below is the displacement-time graph for a light wave travelling at 3 × 108 m s–1.

(i) The period of the wave in seconds (s)

(ii) The wavelength of the wave in metres (m)

(i) Determine the period T directly from the displacement-time graph

(ii) Determine the wavelength of the wave in metres

Step 1: Write down the relationship between frequency f and period T

Step 2: Substitute the value of the period determined in Step 1 into the above equation

Step 3: Write down the wave equation

Step 4: Rearrange the above equation to calculate the wavelength λ

When approaching a question, pay attention to the label on the x-axis of the graph.

Remember to look at the units of measure on both axes of the graph, and convert units if needed.