A pendulum oscillates between A and B. On a displacement-time graph, the oscillating motion of the pendulum is represented by a wave, with an amplitude equal to x0

Diagram showing the time period of a wave

Wavelength λ and amplitude A of a travelling wave 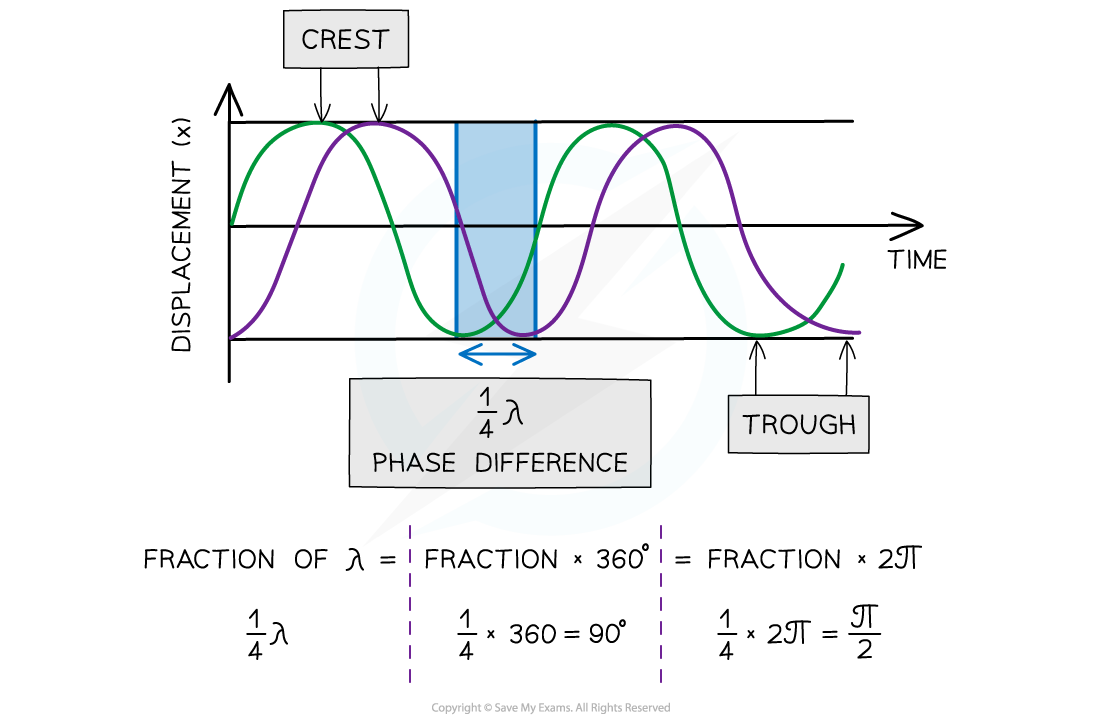 Two waves ¼ λ out of phase

A child on a swing performs 0.2 oscillations per second.Calculate the period of the child's oscillations.

Step 1: Write down the frequency of the child's oscillations

Step 2: Write down the relationship between the period T and the frequency f

Step 3: Substitute the value of the frequency into the above equation and calculate the period

Plane waves on the surface of water at a particular instant are represented by the diagram below.

The waves have a frequency of 2.5 Hz.Determine:

c) The phase difference between points A and B 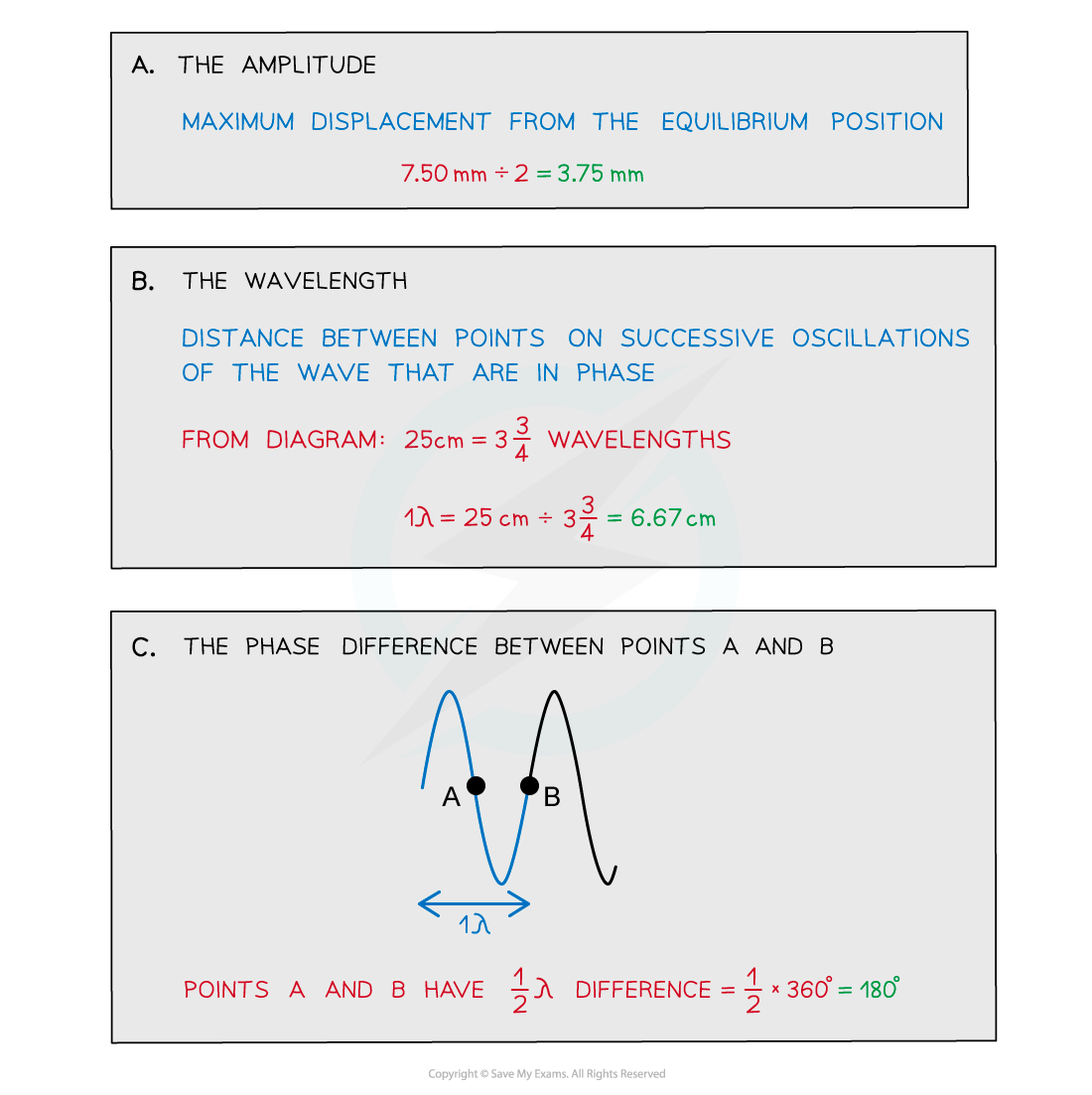 When labelling the wavelength and time period on a diagram: