Water has three states of matter; solid ice, liquid water and gaseous steam. The difference between each state is the arrangement of the particles

In a solid, particles are arranged in a fixed pattern, with no spaces between them, and are only able to vibrate about their fixed positions

In a liquid, particles are arranged randomly and are able to flow past one another

In a gas, particles can move around freely in all directions (shown by the arrows). 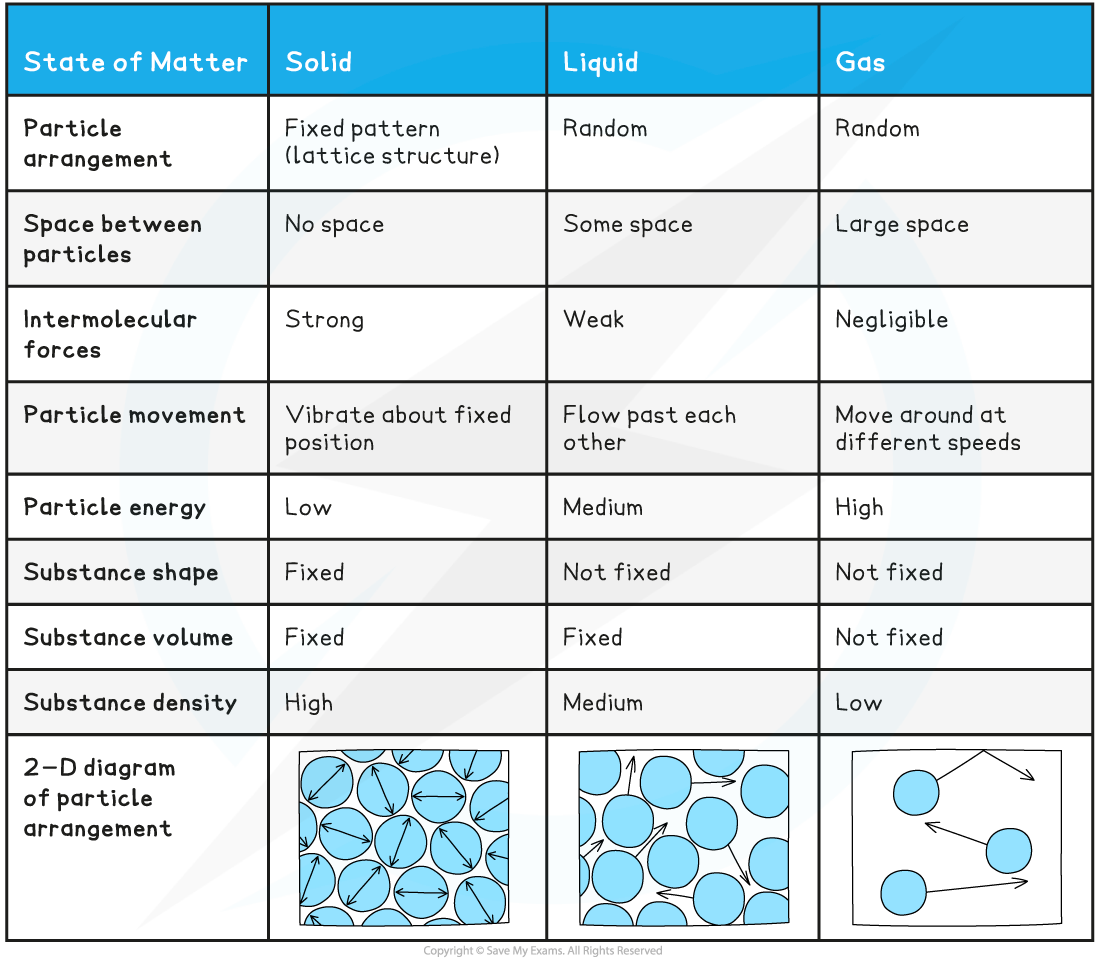 Liquids are about 1000 times denser than gases. Let d be the diameter of a molecule. Estimate the average intermolecular distance in a gas. Give your answer in terms of d.

Step 1: Recall the equation for density

Step 4: Relate the volume to the average distance between the molecules, x