Two similar spheres, each of mass m and velocity v are travelling towards each other. The spheres have a head-on elastic collision.What is the total kinetic energy after the impact?

Trolley A of mass 0.80 kg collides head-on with stationary trolley B at speed 3.0 m s–1. Trolley B has twice the mass of trolley A.The trolleys stick together and travel at a velocity of 1.0 m s–1.Determine whether this is an elastic or inelastic collision.

If an object is stationary or at rest, its velocity equals 0, therefore, the momentum and kinetic energy are also equal to 0When a collision occurs in which two objects are stuck together, treat the final object as a single object with a mass equal to the sum of the two individual objectsDespite velocity being a vector, kinetic energy is a scalar quantity and therefore will never include a minus sign - this is because in the kinetic energy formula, mass is scalar and the v2 will always give a positive value whether its a negative or positive velocity

Two trolleys X and Y are of equal mass. Trolley X moves towards trolley Y which is initially stationary. After the collision, the trolleys join and move off together.Show that this collision is inelastic. 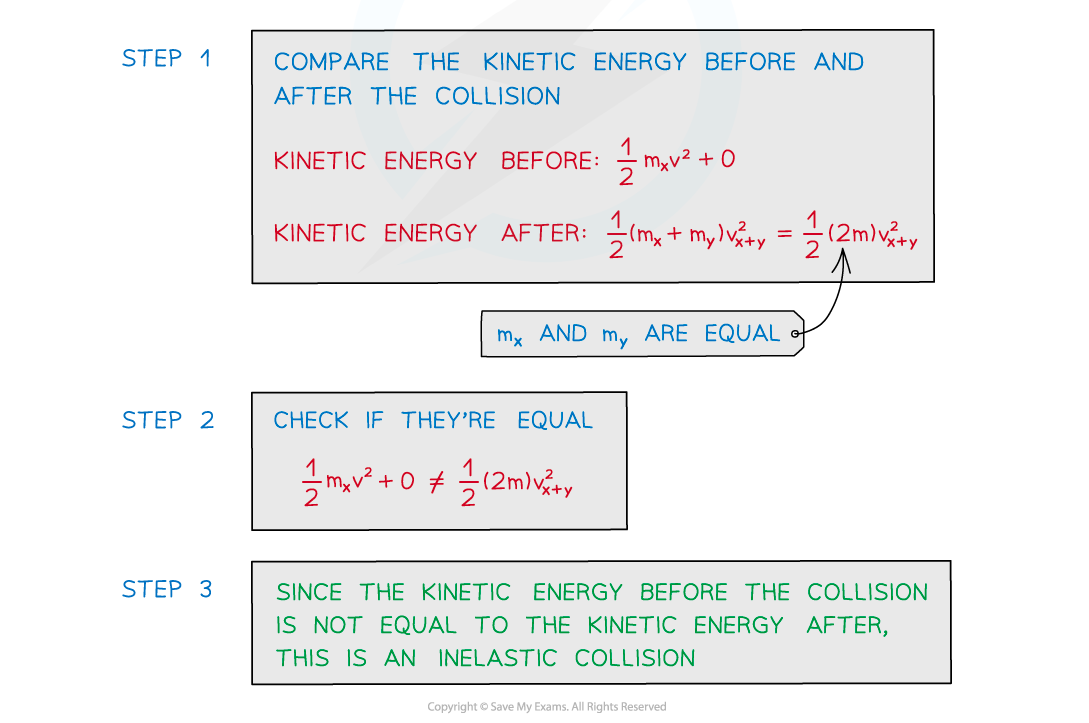 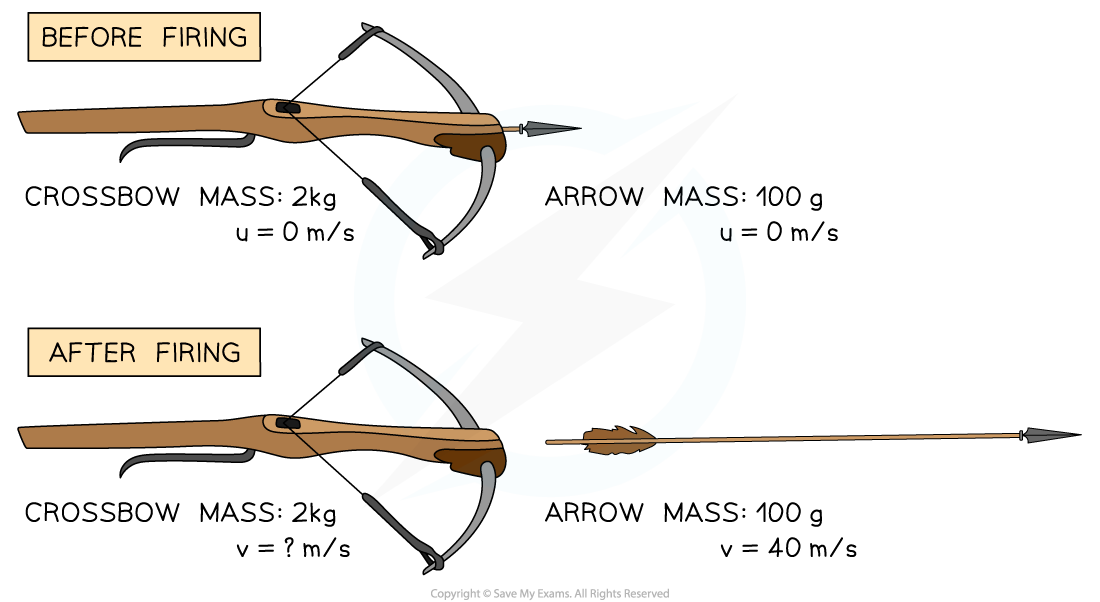 Step 2: Determine the momentum before release

Step 3: Determine the momentum of the arrow

Step 4: Determine the recoil velocity of the crossbow