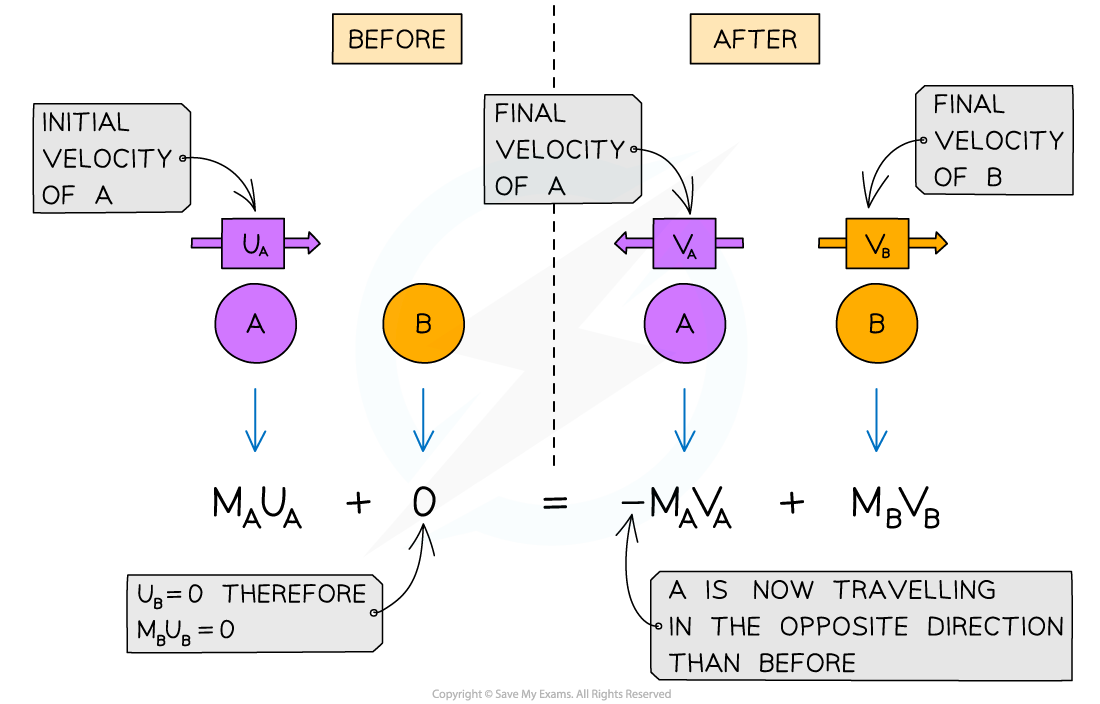 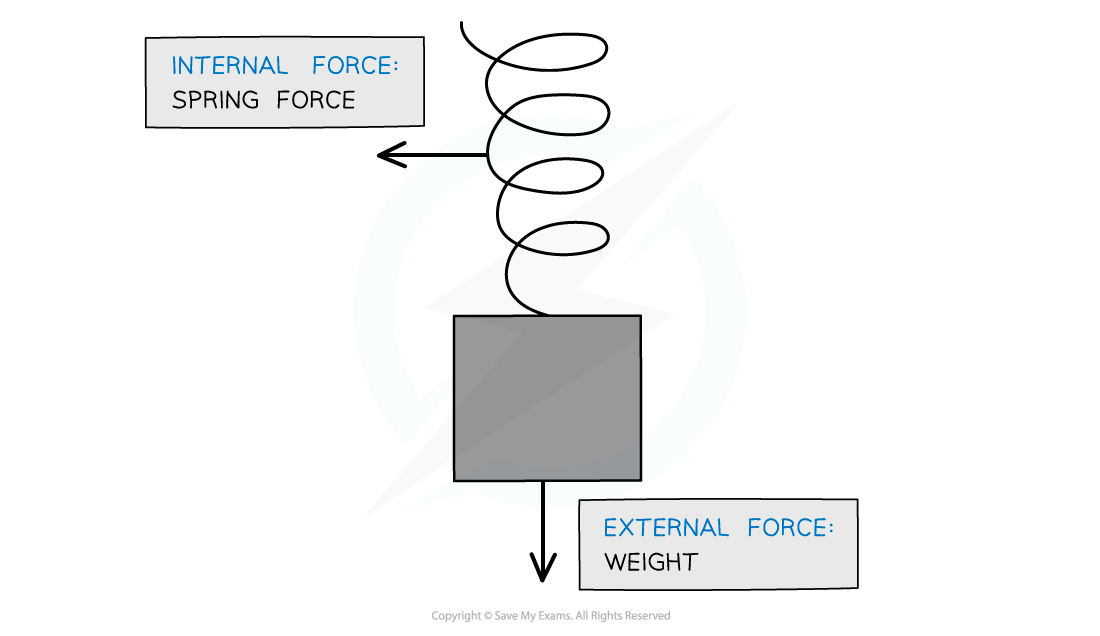 Internal and external forces on a mass on a spring

Trolley A of mass 0.80 kg collides head-on with stationary trolley B whilst travelling at3.0 m s–1. Trolley B has twice the mass of trolley A. On impact, the trolleys stick together.

Using the conversation of momentum, calculate the common velocity of both trolleys after the collision. 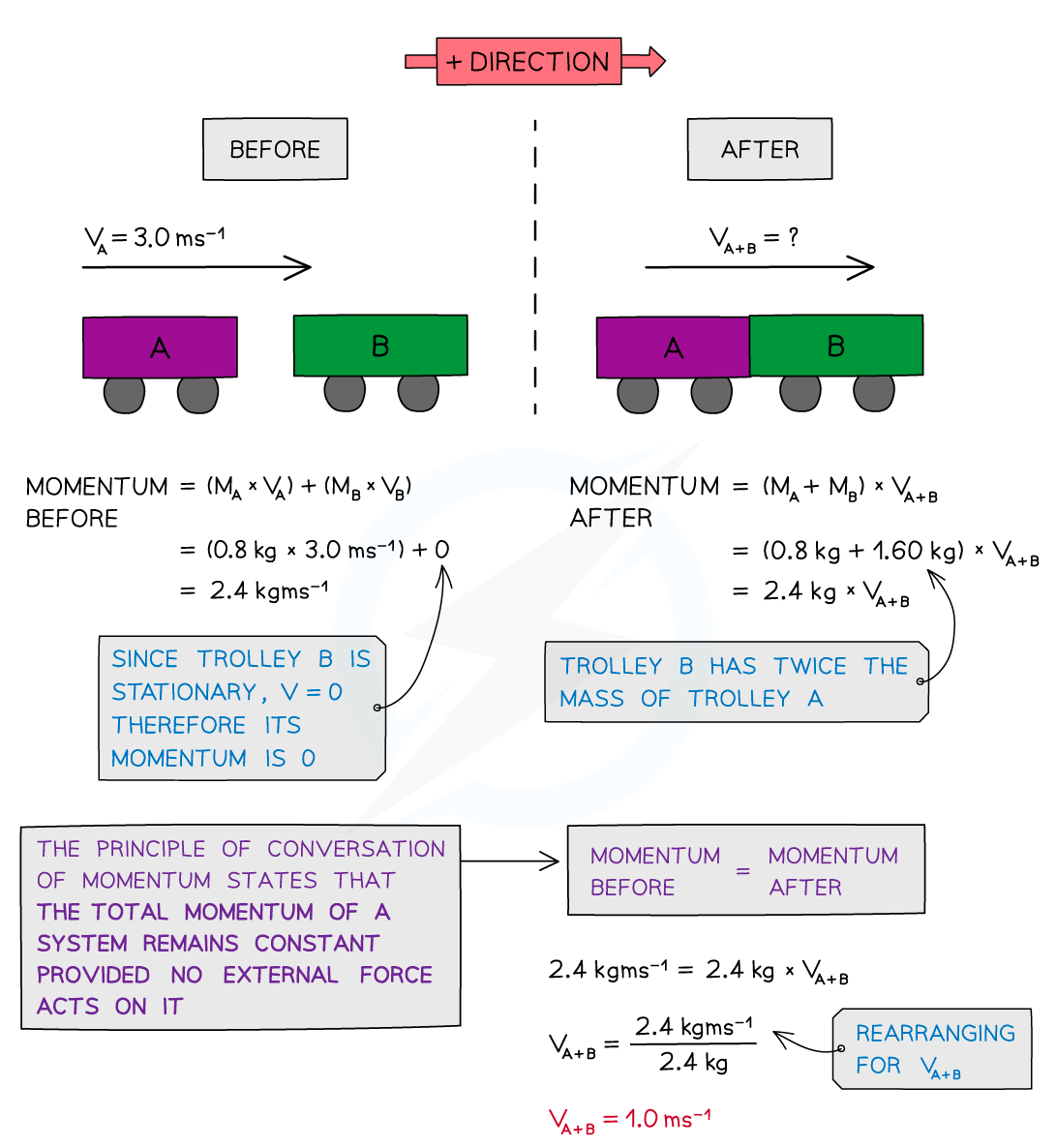 The diagram shows a car and a van, just before and just after the car collided with the van, which is initially at rest. 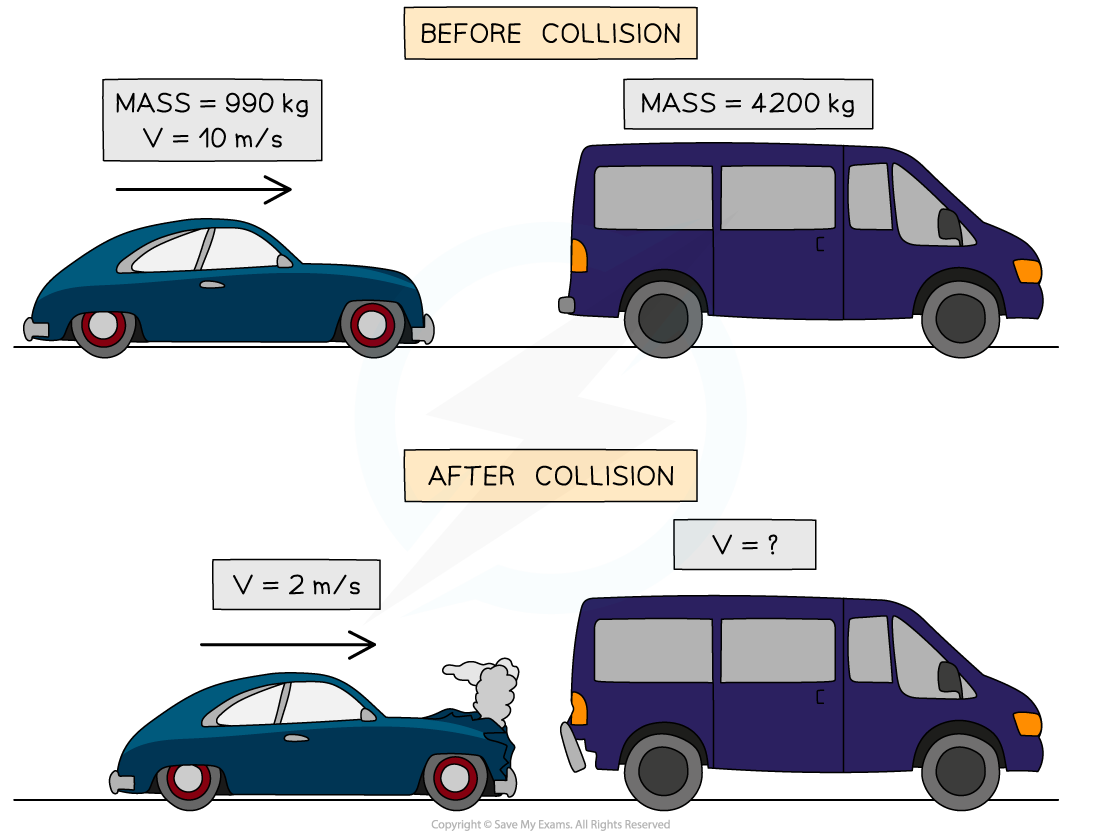 Use the idea of conservation of momentum to calculate the velocity of the van when it is pushed forward by the collision. 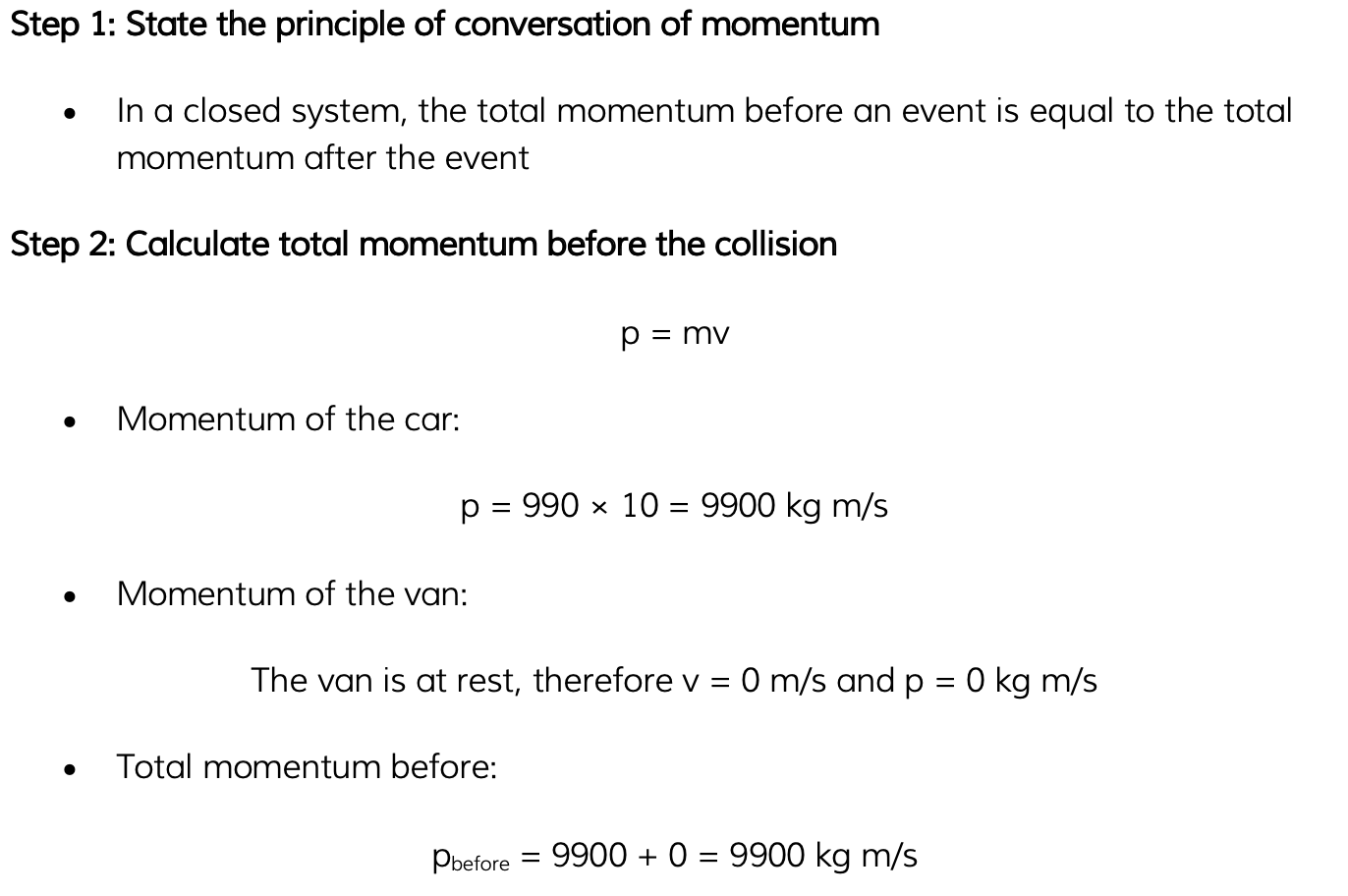 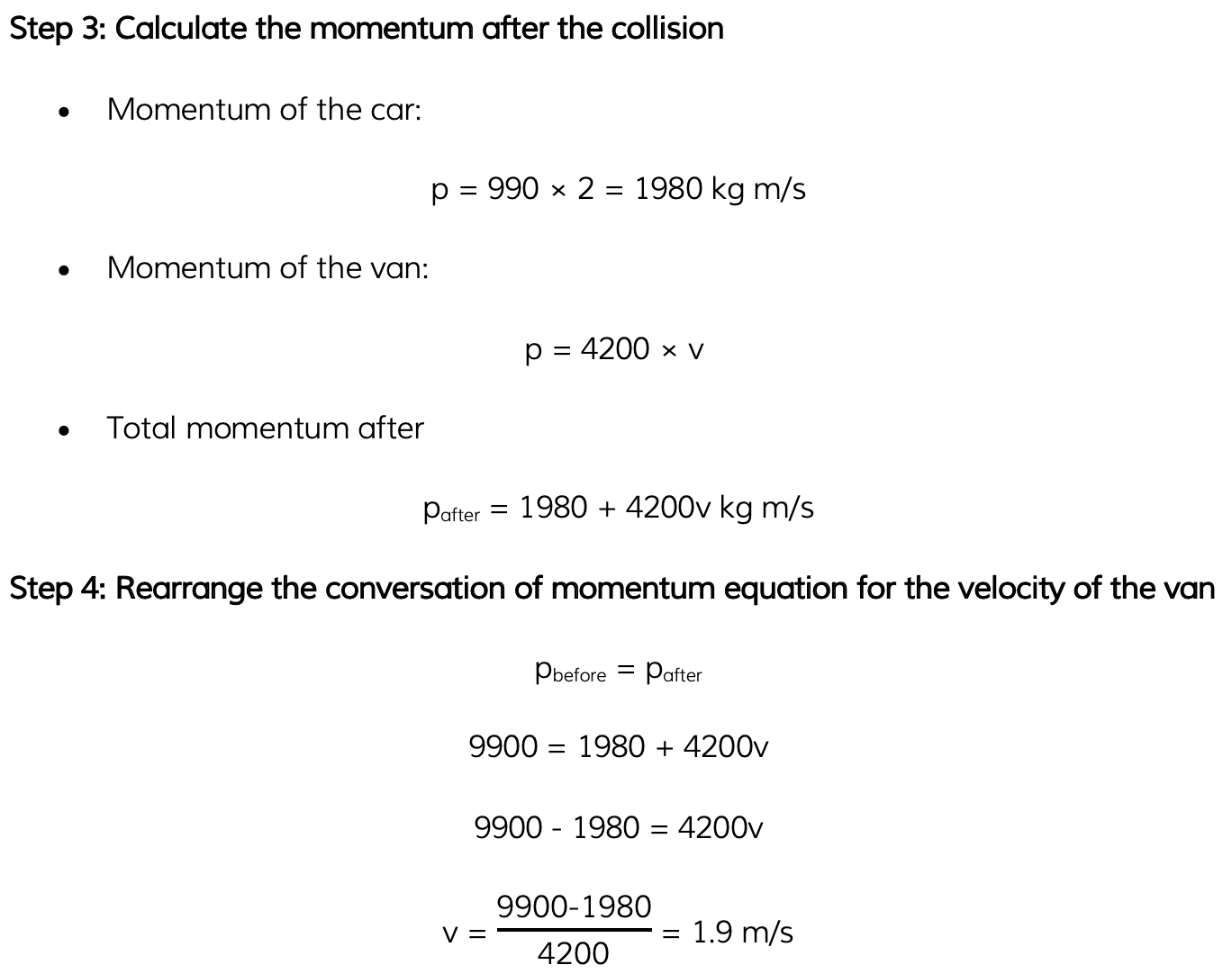 If it is not given in the question already, drawing a diagram of before and after helps keep track of all the masses and velocities (and directions) in the conversation of momentum questions.