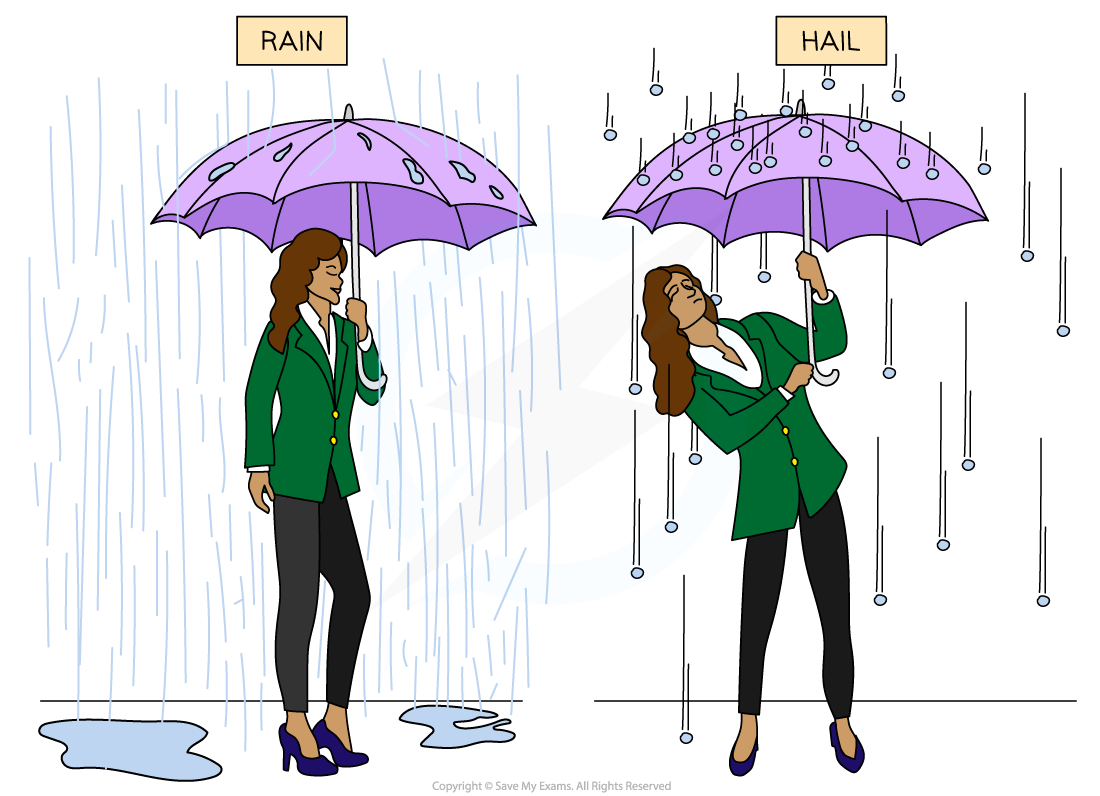 Since hailstones bounce back off an umbrella, compared to water droplets from rain, there is a greater impulse on an umbrella in hail than in rain

A 58 g tennis ball moving horizontally to the left at a speed of 30 m s–1 is struck by a tennis racket which returns the ball back to the right at 20 m s–1.(a) Calculate the impulse delivered to the ball by the racket(b) State the direction of the impulse

Step 2: Write down the impulse equation

Direction of the impulse

Impulse on a Force-Time Graph

When the force is not constant, the impulse is the area under a force–time graph

A ball of mass 3.0 kg, initially at rest, is acted on by a force F which varies with t as shown by the graph.

Calculate the magnitude of the velocity of the ball after 16 s.

Step 3: Write the equation for impulse

Step 4: Substitute in the values

Remember that if an object changes direction, then this must be reflected by the change in sign of the velocity. As long as the magnitude is correct, the final sign for the impulse doesn't matter as long as it is consistent with which way you have considered positive (and negative)For example, if the left is taken as positive and therefore the right as negative, an impulse of 20 N s to the right is equal to −20 N sSome maths tips for this section:Rate of Change 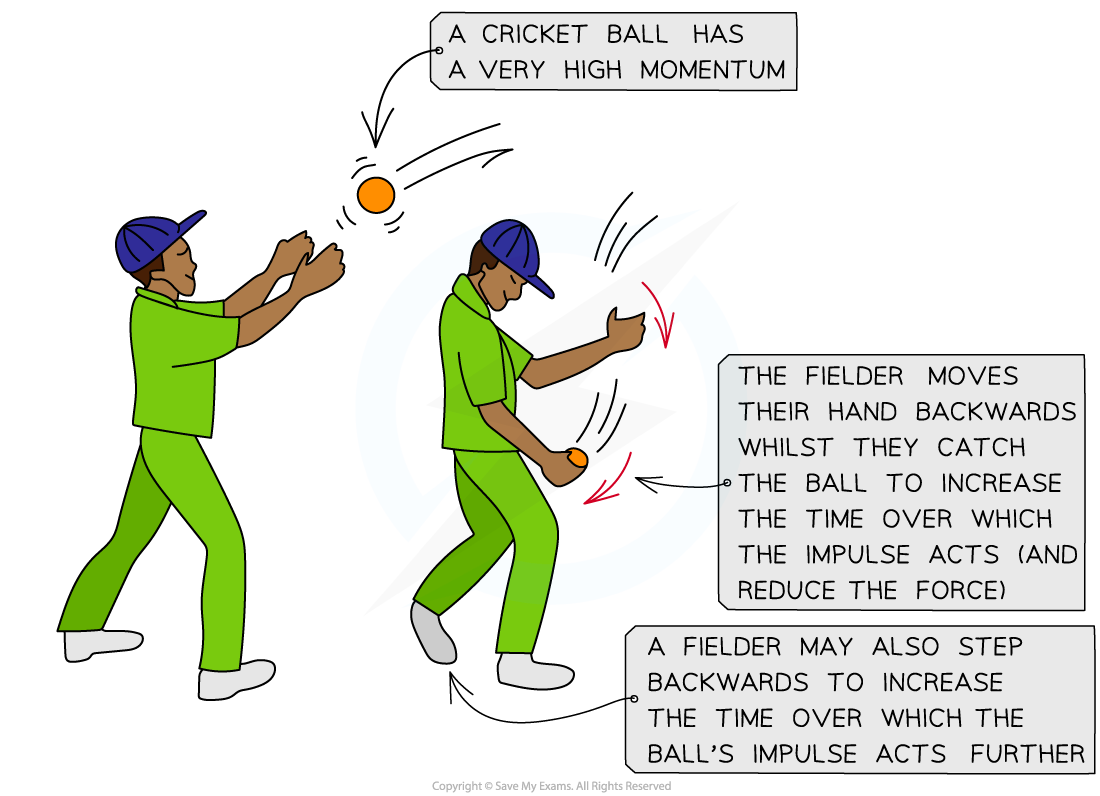 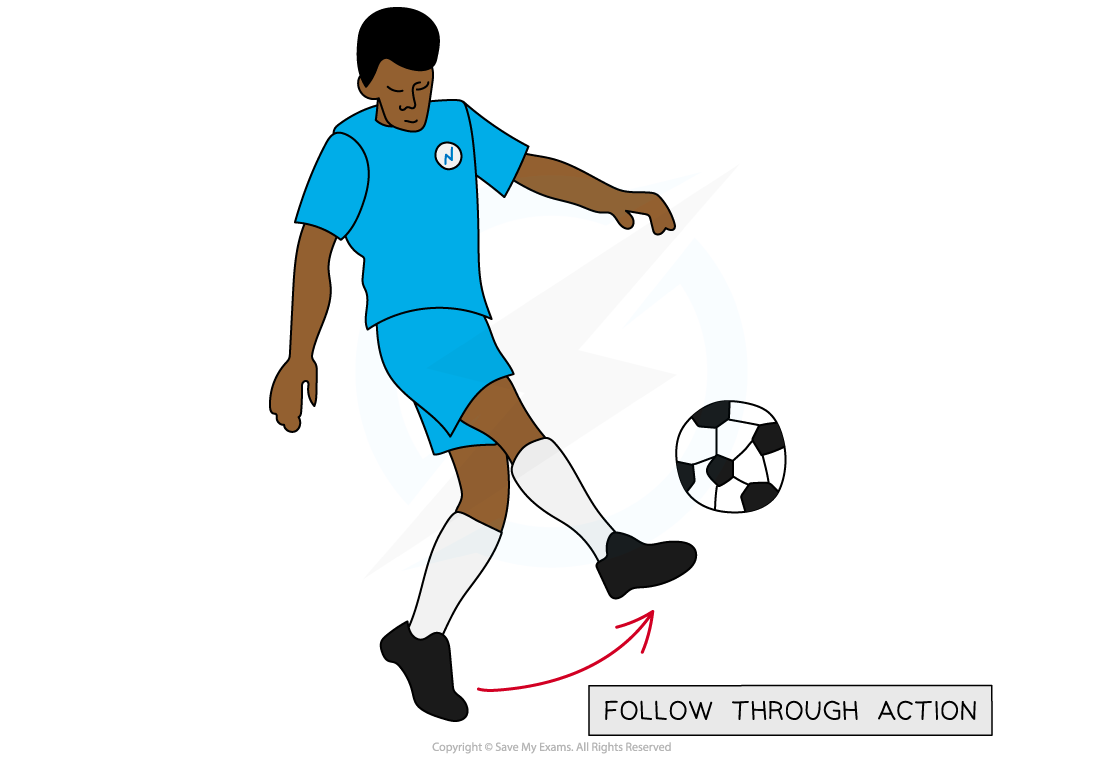 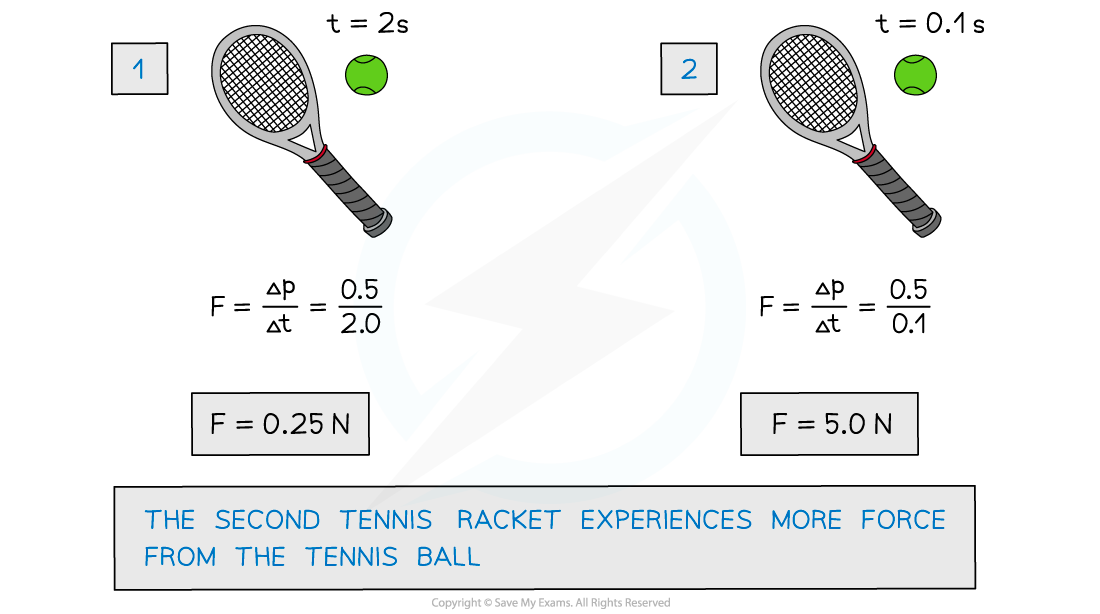 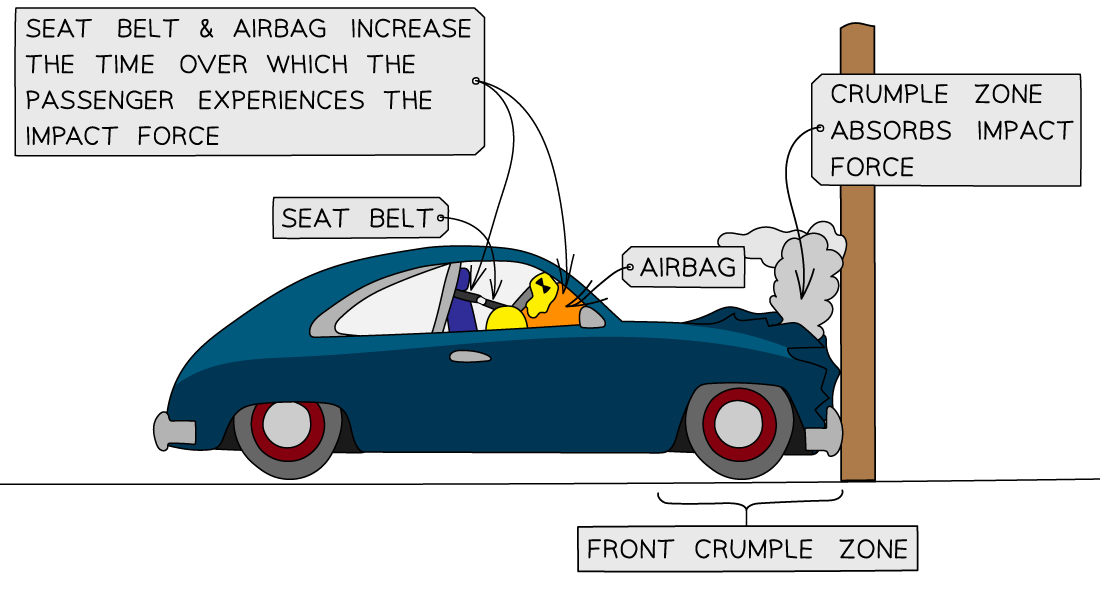 The seat belt, airbag and crumple zones help reduce the risk of injury on a passenger 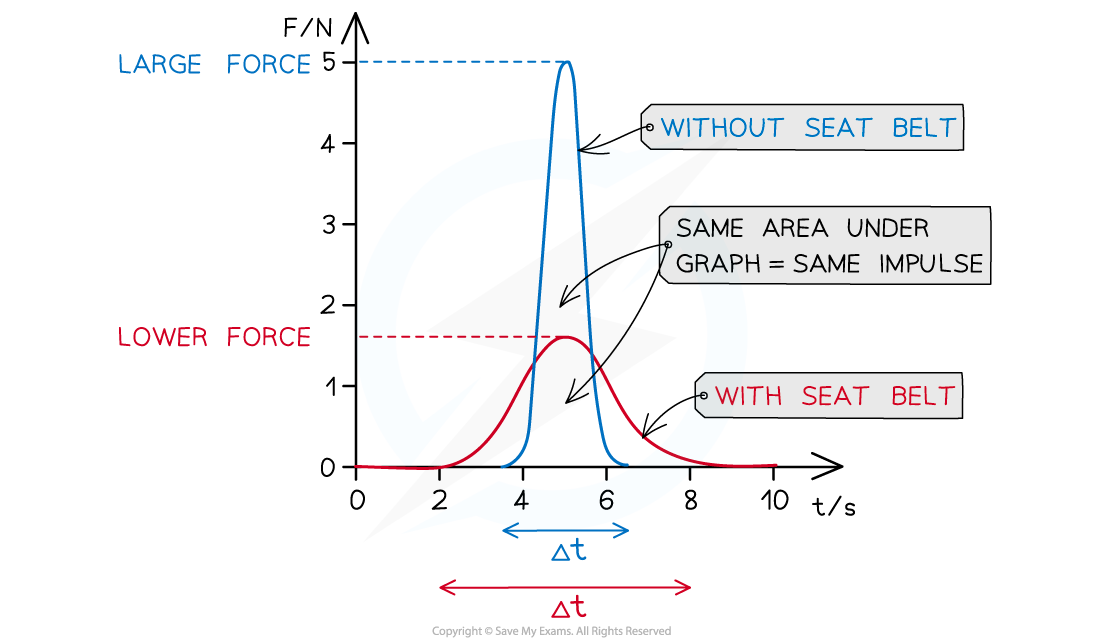 A 7 kg bowling ball has an impulse of 84 N s act upon it. The bowling ball was initially at rest and sitting on a flat frictionless surface.Predict the distance moved by the bowling ball in the first 3 seconds after the impulse was delivered.

Step 2: Find the velocity caused by the impulse

Step 3: Rearrange and solve for v