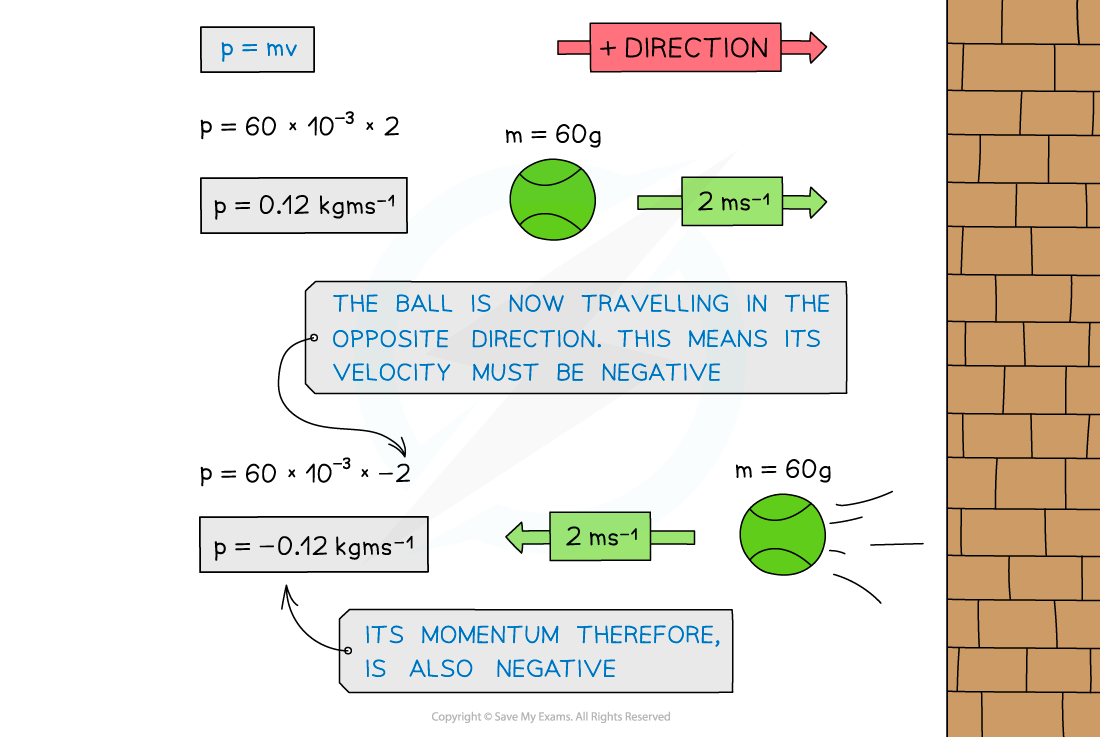 When the ball is travelling in the opposite direction, its velocity is negative. Since momentum = mass × velocity, its momentum is also negative

Determine which object has the most momentum. 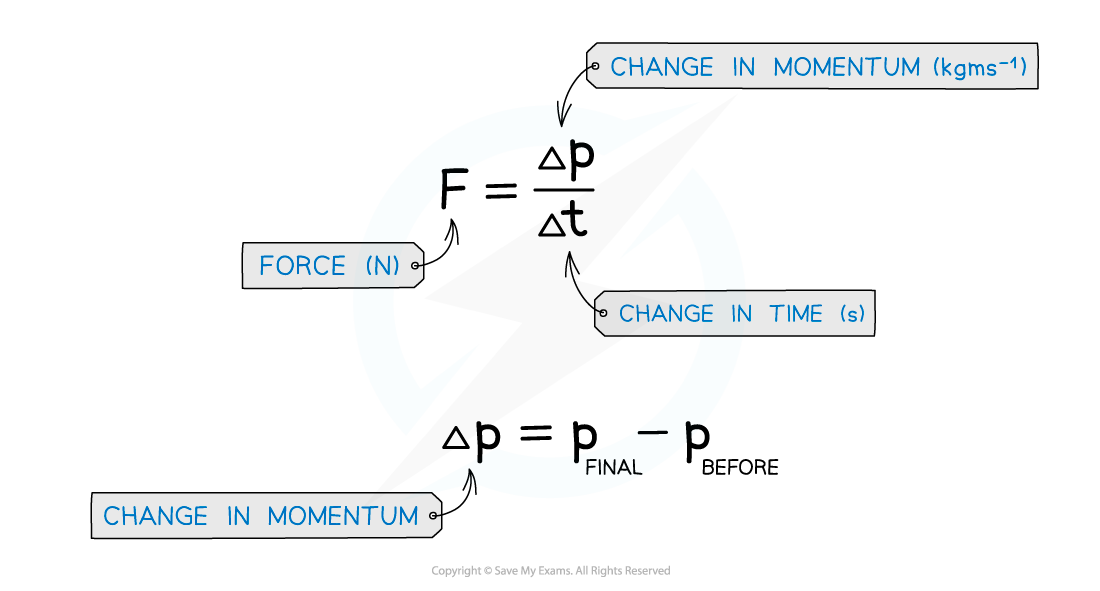 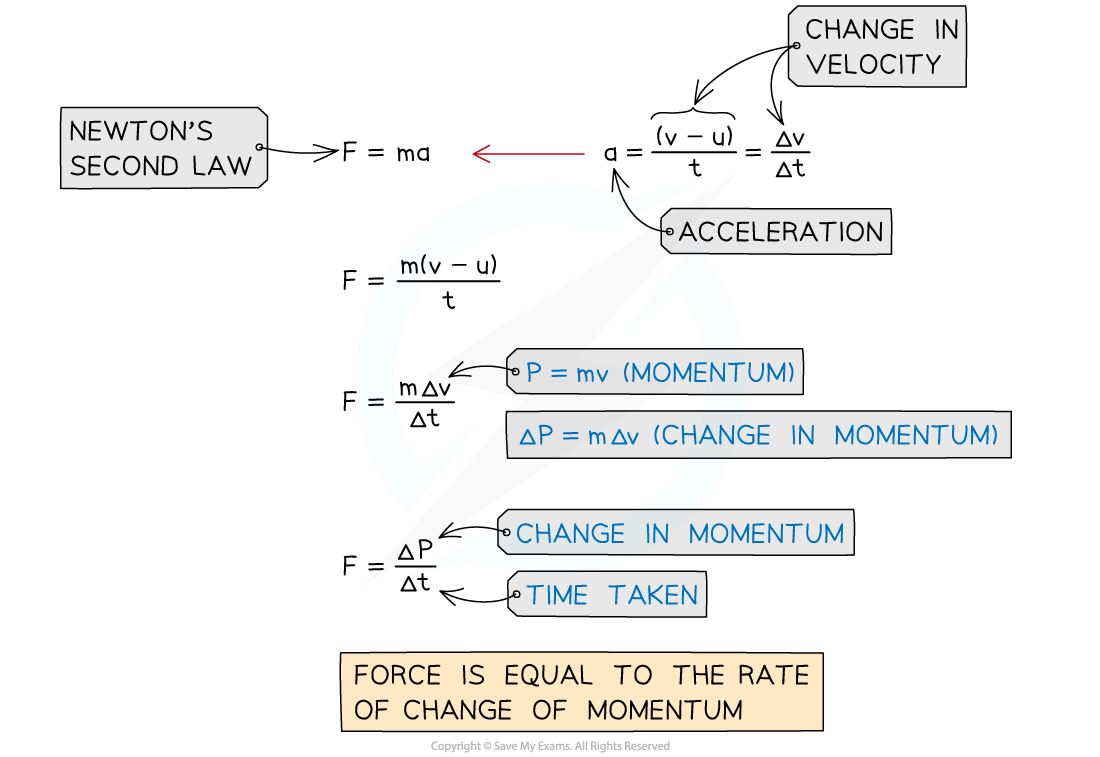 A car of mass 1500 kg hits a wall at an initial velocity of 15 m s−1. It then rebounds off the wall at 5 m s−1 and comes to rest after 3.0 s.Calculate the average force experienced by the car. 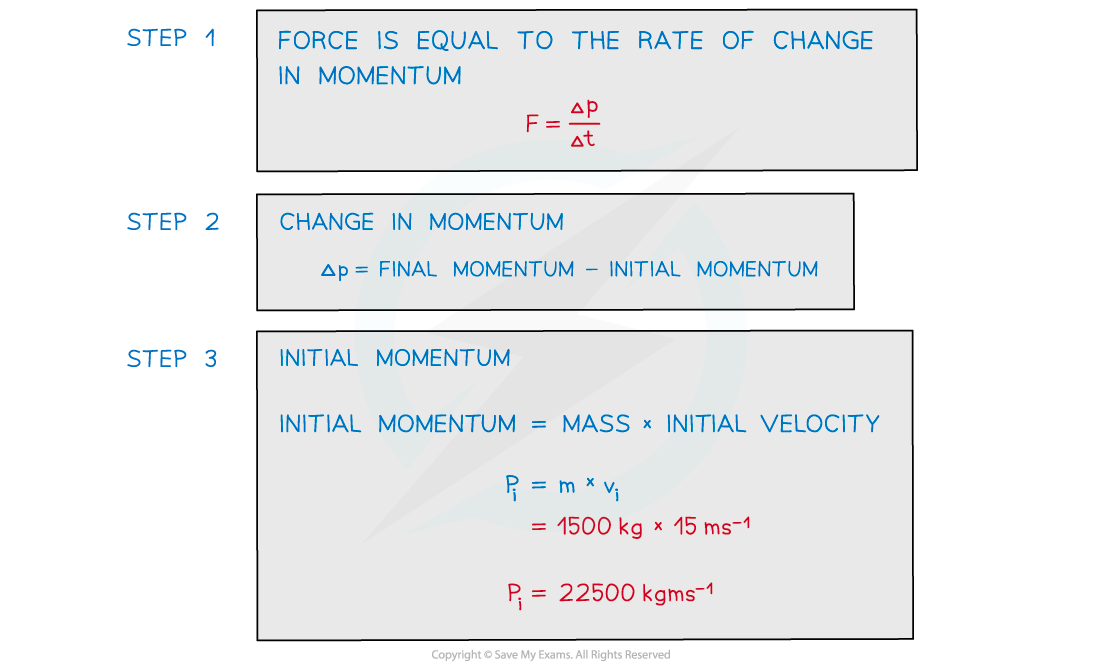 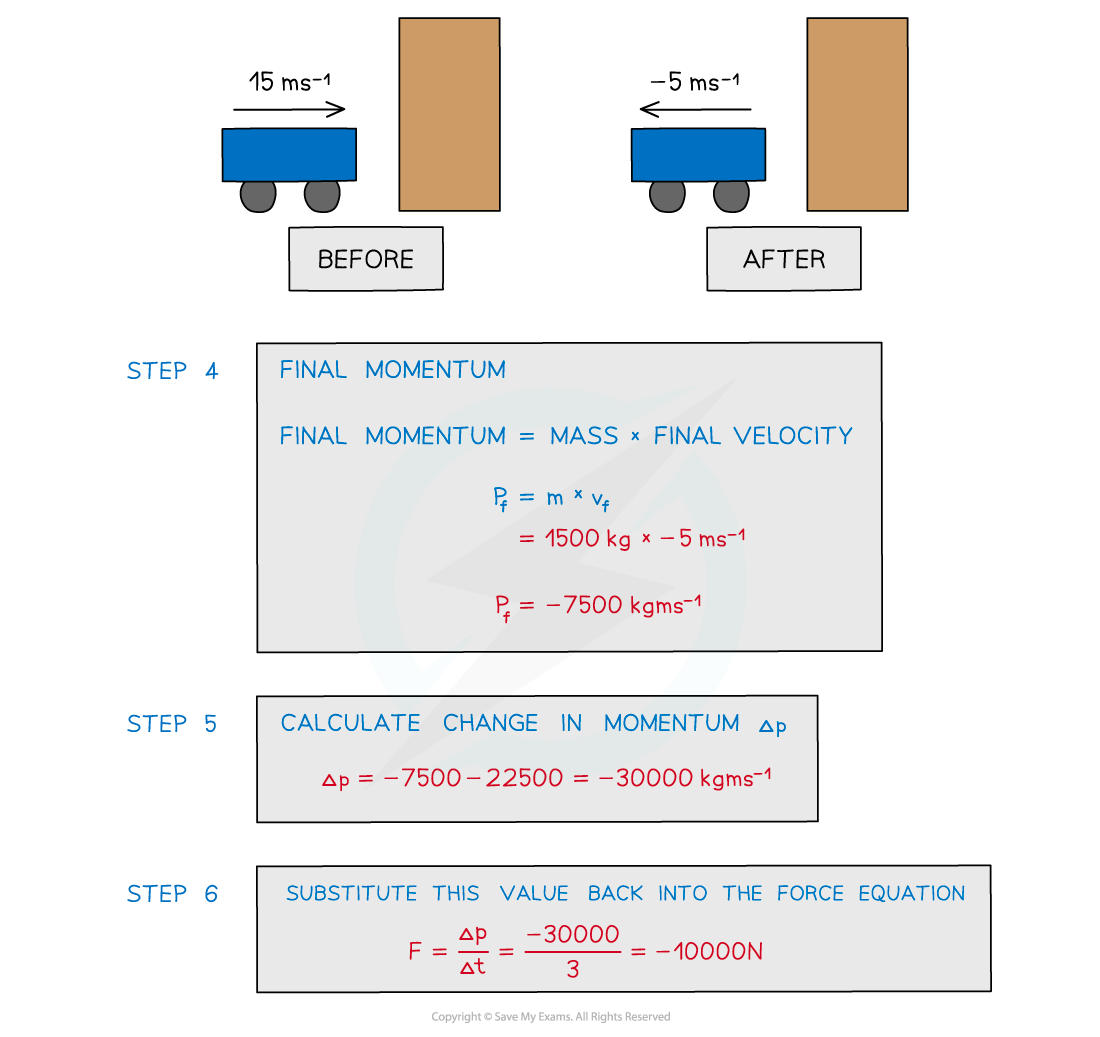 The direction you consider positive is your choice, as long the signs of the numbers (positive or negative) are consistent with this throughout the questionIn an exam question, carefully consider what produces the force(s) acting. Look out for words such as ‘from’ or ‘acting on’ to determine this and don’t be afraid to draw a force diagram to figure out what is going on.