Determine what is the average power developed by the engine. 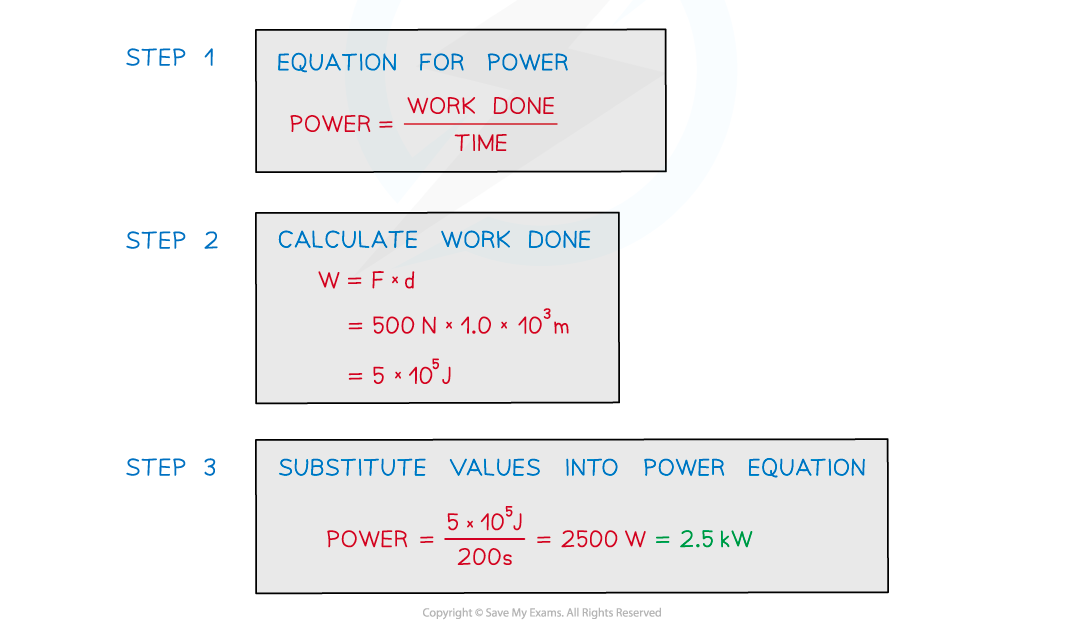 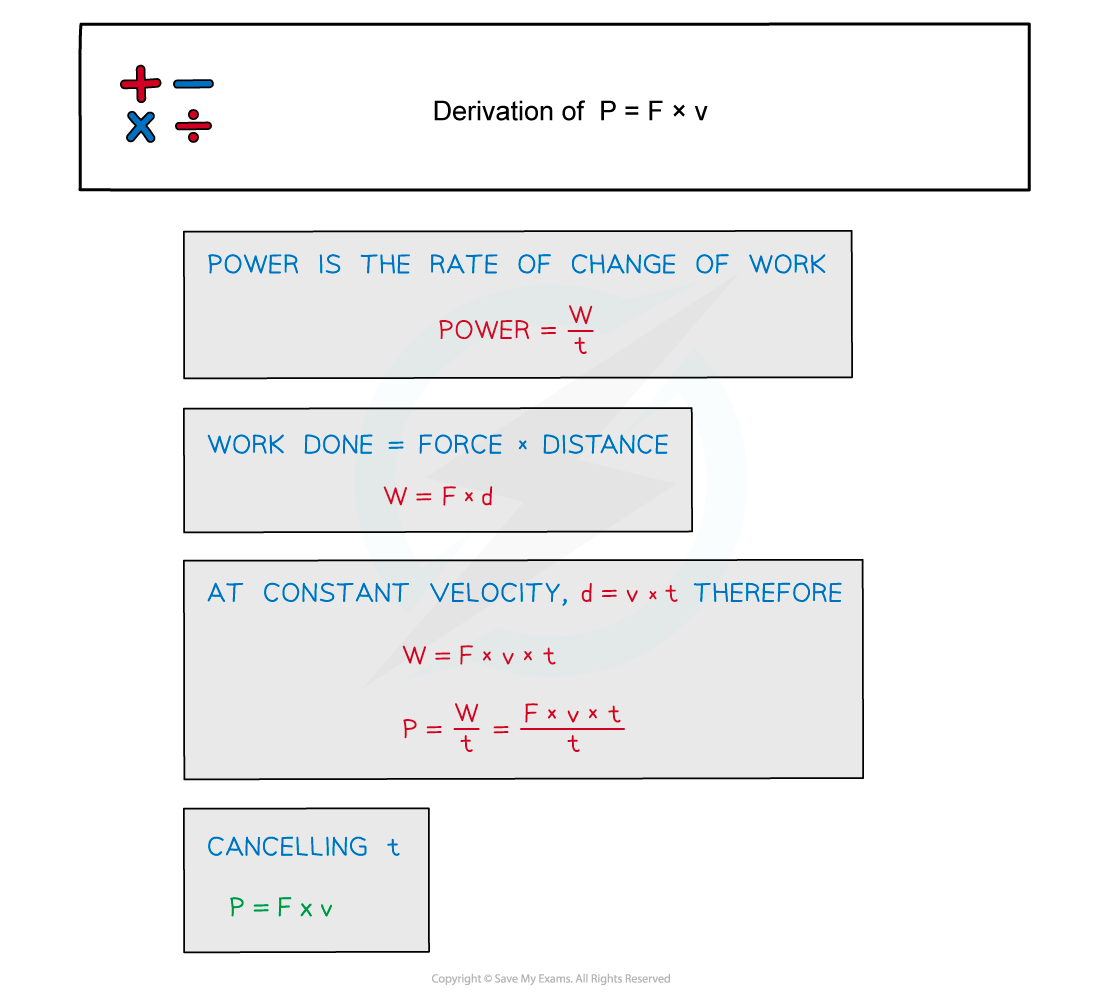 A lorry moves up a road that is inclined at 14.5° to the horizontal.

The lorry has a mass of 3500 kg and is travelling at a constant speed of 9.4 m s–1. The force due to air resistance is negligible.Calculate the useful power from the engine to move the lorry up the road. 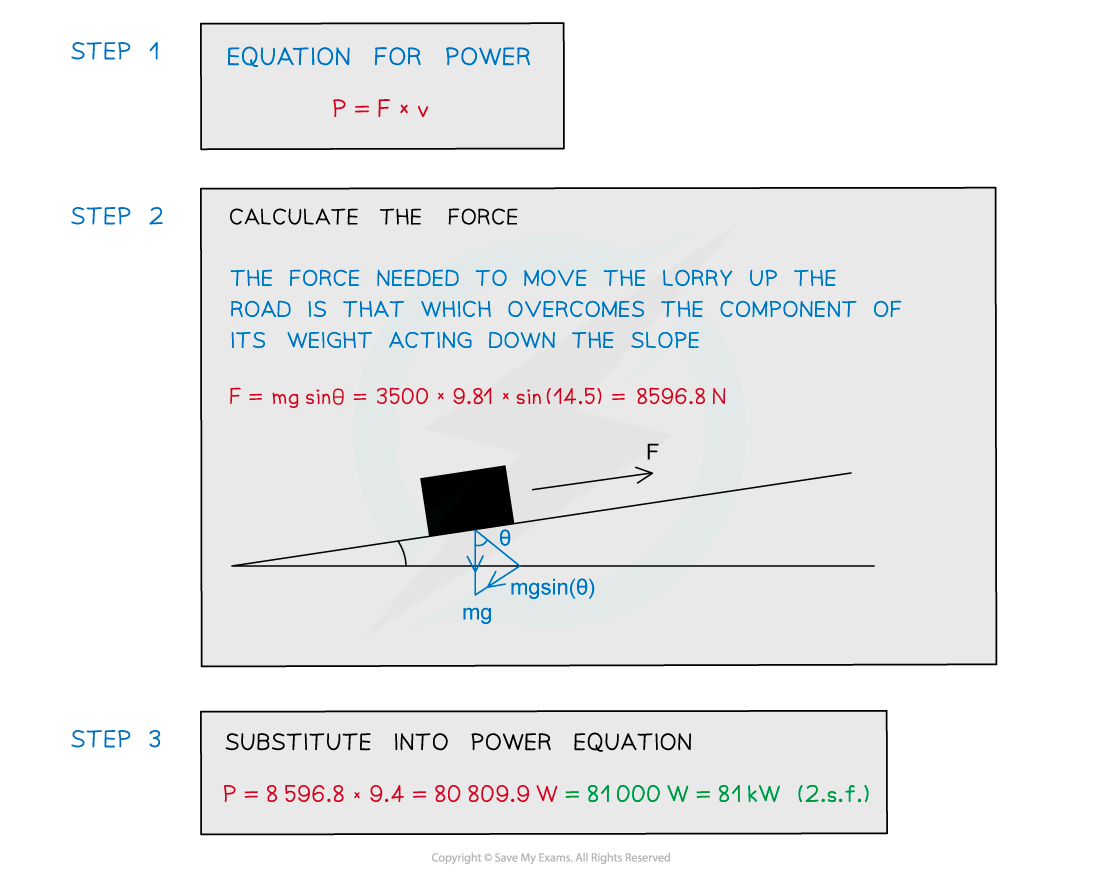 The force represented in exam questions will often be a drag force. Whilst this is in the opposite direction to its velocity, remember the force needed to calculate the power is equal to (or above) this drag force to overcome it therefore you equate it to that value.