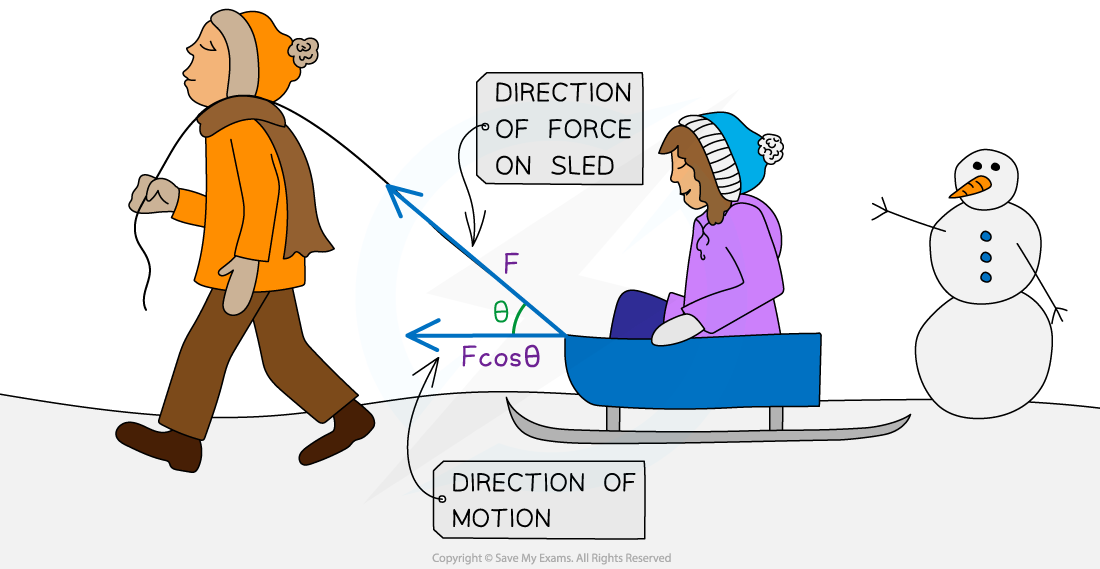 When the force is at an angle, only the component of the force in the direction of motion is considered for the work done

The diagram shows a barrel of weight 2.5 × 103 N on a frictionless slope inclined at 40° to the horizontal. 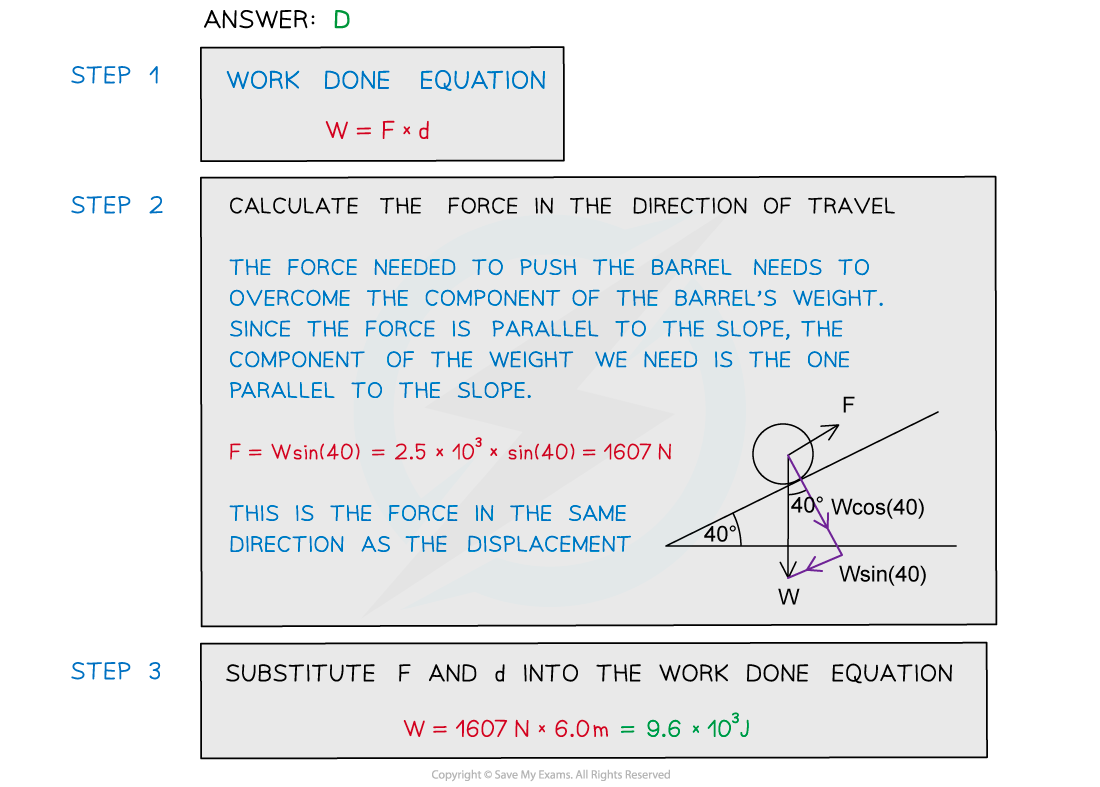 An 80 kg person pulls a 15 kg box along using a rope which is at 40° from the horizontal as shown below. The person is pulling with a force of 40 N and moves the box 20 m horizontally from its starting position against a constant friction force of 5.0 N.Calculate the work that has been done on the box in the direction of its motion.

Step 2: Resolve the pulling force in the rope into its horizontal component

Step 3: Find the net force for the motion 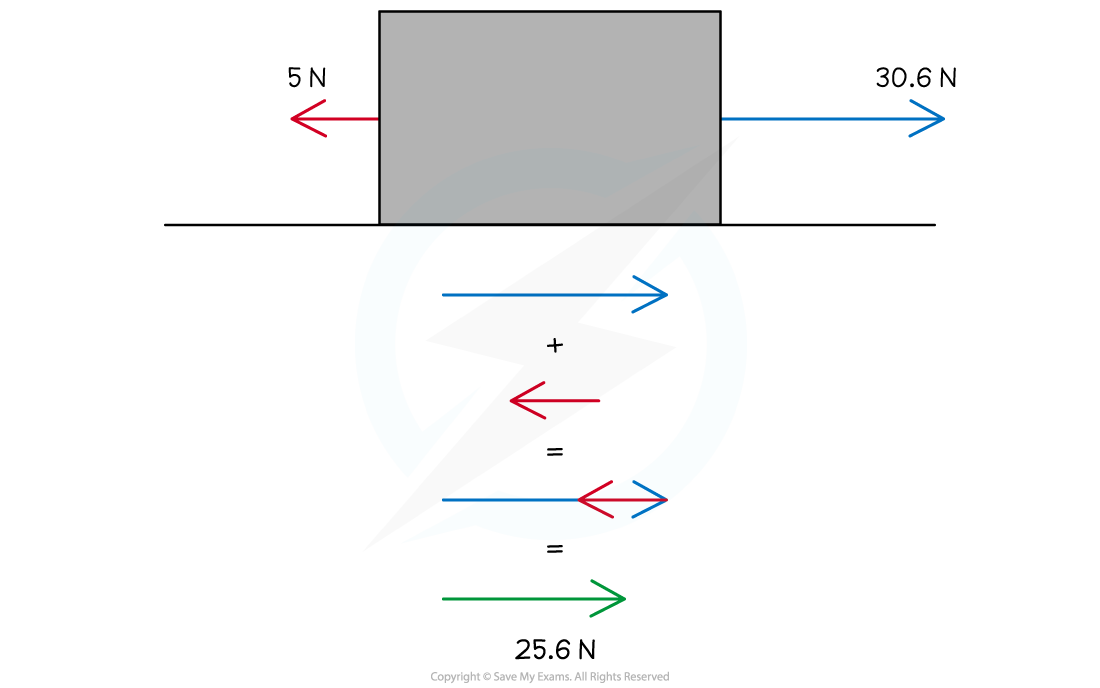 Step 4: Use the equation for work

Sometimes exam questions will include more values than you need to use in the solution - this is purposefully done to confuse you. For example, in the worked example above, the question supplies the mass of the person and the box, however, these quantities are not needed for the calculation.