Kinetic energy (KE): The energy an object has when it is moving 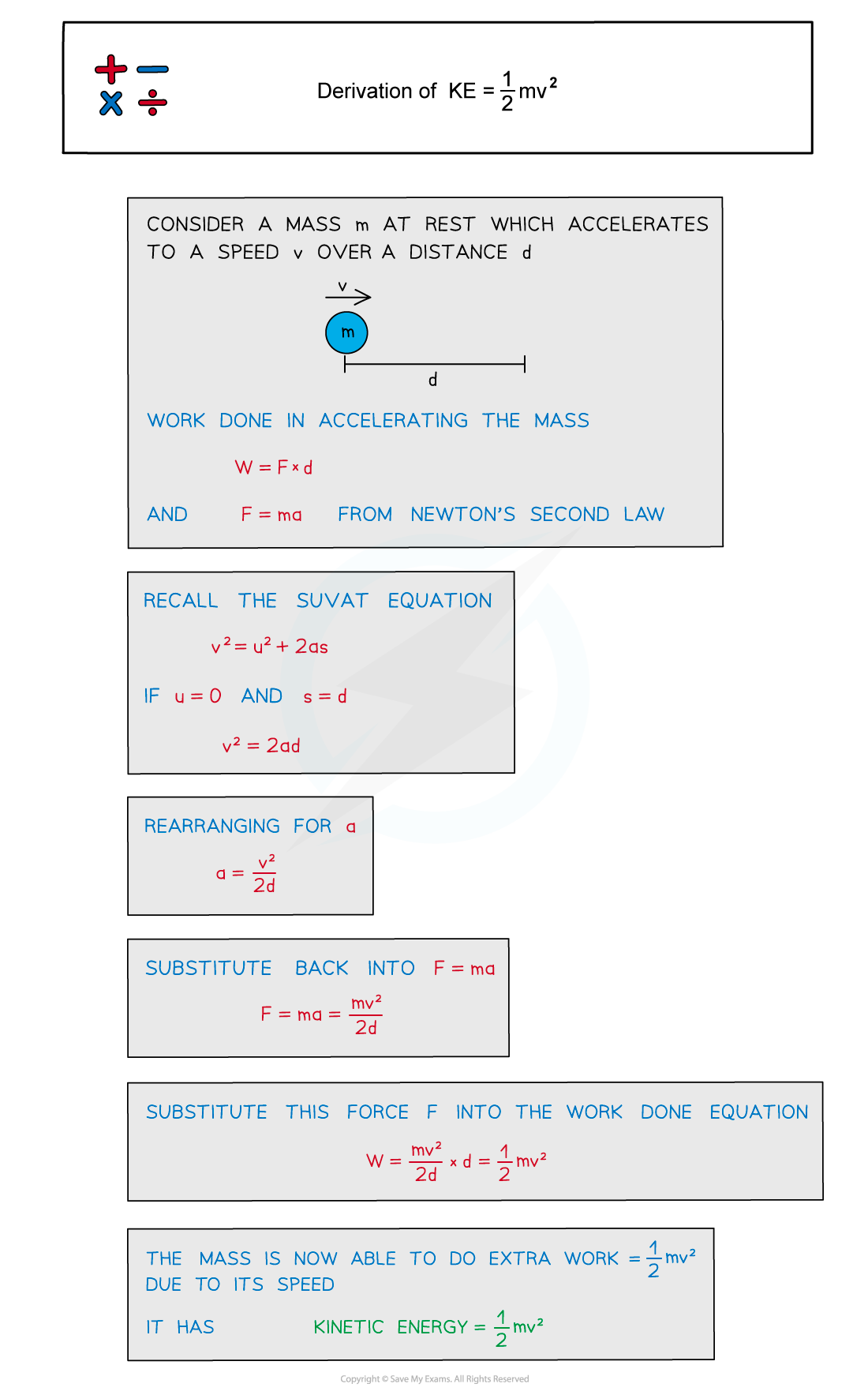 A body travelling with a speed of 12 m s–1 has kinetic energy 1650 J.If the speed of the body is increased to 45 m s–1, estimate what is its new kinetic energy. 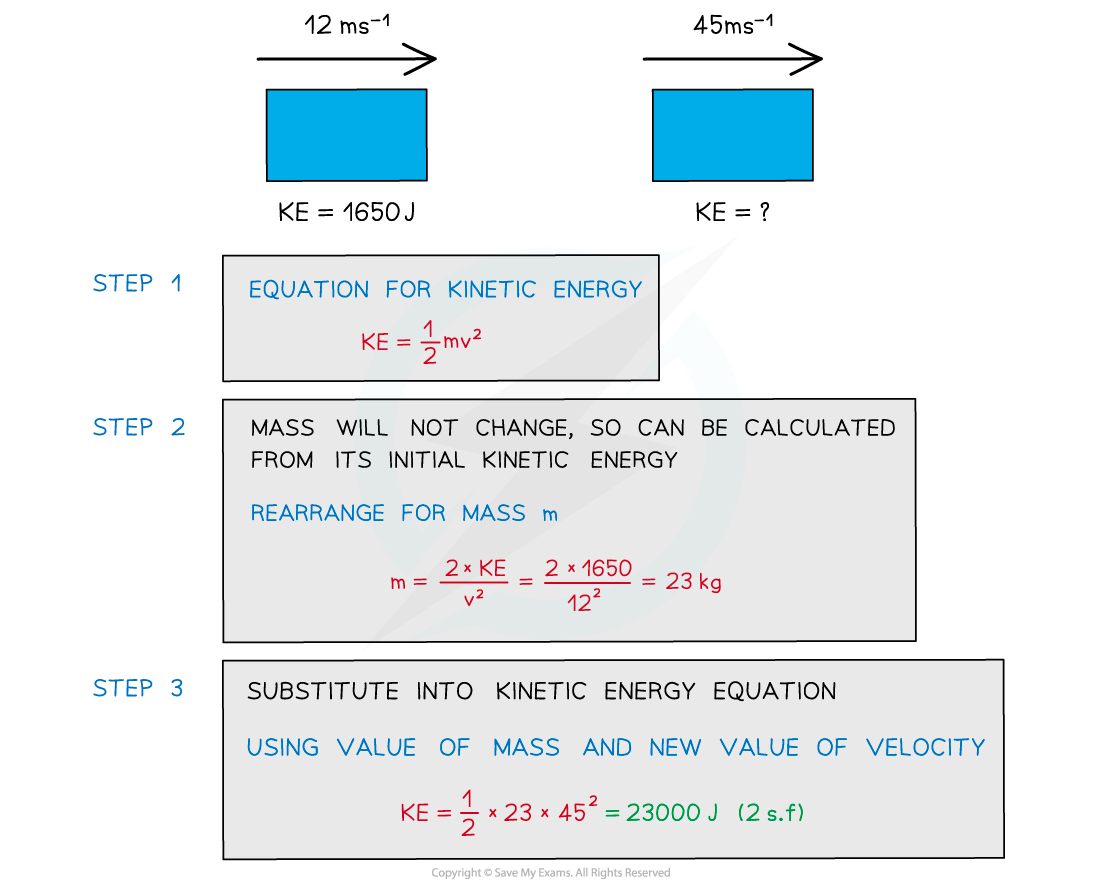 When using the kinetic energy equation, note that only the speed is squared, not the mass or the ½.If a question asks about the ‘loss of kinetic energy’, remember not to include a negative sign since energy is a scalar quantity.