Two blocks of mass 1 kg and 4 kg respectively are attached by a tight massless rope between them. The 1 kg block sits on the left and the 4 kg block sits on the right. The 1 kg mass has a 100 Newton force applied to it pulling it to the left. What is the acceleration of both blocks and the tension in the rope as they move across a frictionless surface?

Step 1: Consider the whole of the system

Step 3: Examine the 4 kg mass only 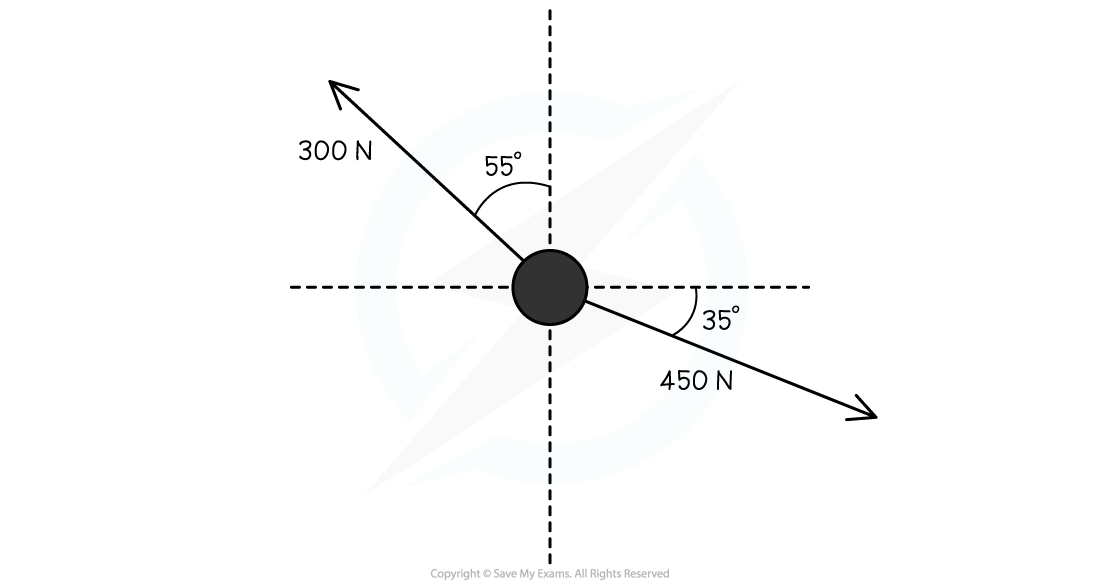 Step 2: Resolve the 300 N force into its horizontal and vertical components

Step 3: Resolve the 450 N force into its horizontal and vertical components

Step 7: Use the two vectors magnitudes to find the angle from the horizon

Step 8: Use Pythagoras theorem or trigonometry to find the magnitude of the resultant force

You are expected to know Newton's three laws of motion from memory and how they apply to physical situations. So be sure to practice and use them without having to review them before carrying out a problem.