Point particle representation of the forces acting on a moving object 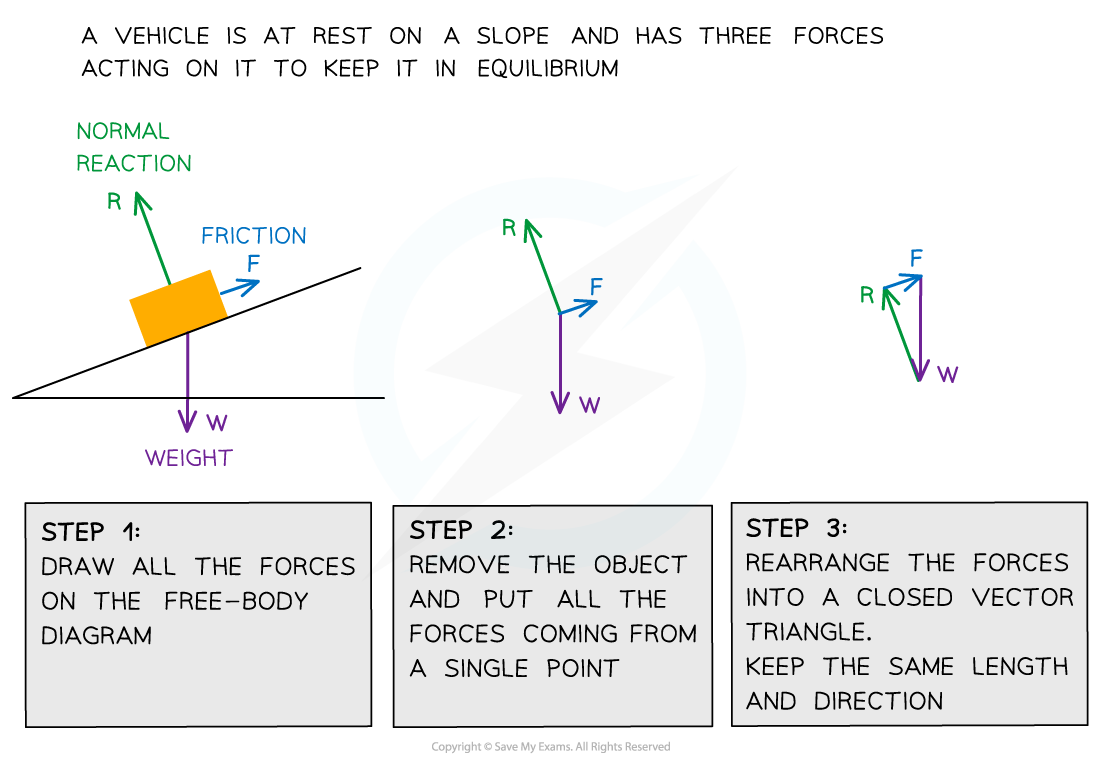 Free-body diagram of an object suspended from a stationary rope

When labeling force vectors, it is important to use conventional and appropriate naming or symbols such as:

Using unexpected notation can lead to losing marks so try to be consistent with expected conventions.

a) A picture frame hanging from a nail

b) A box sliding down a slope

A picture frame hanging from a nail: 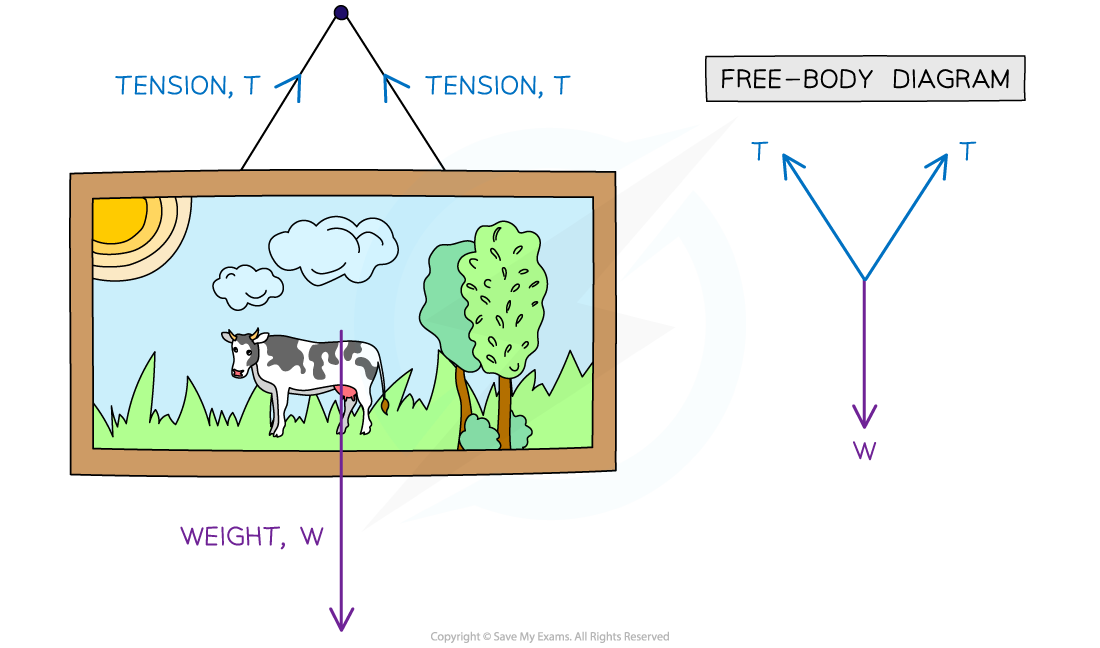 A box sliding down a slope:

Draw a free-body diagram of a toy sailboat with weight 30 N floating in water that is being pulled to the right by an applied force of 35 N with a total resistive force of 5 N.

Step 1: Draw the object in a simplified diagram

Step 2: Identify all of the forces acting upon the object in the question, including any forces that may be implied

Step 3: Draw in all of the force vectors (arrows), making sure the arrows start at the object and are directed away