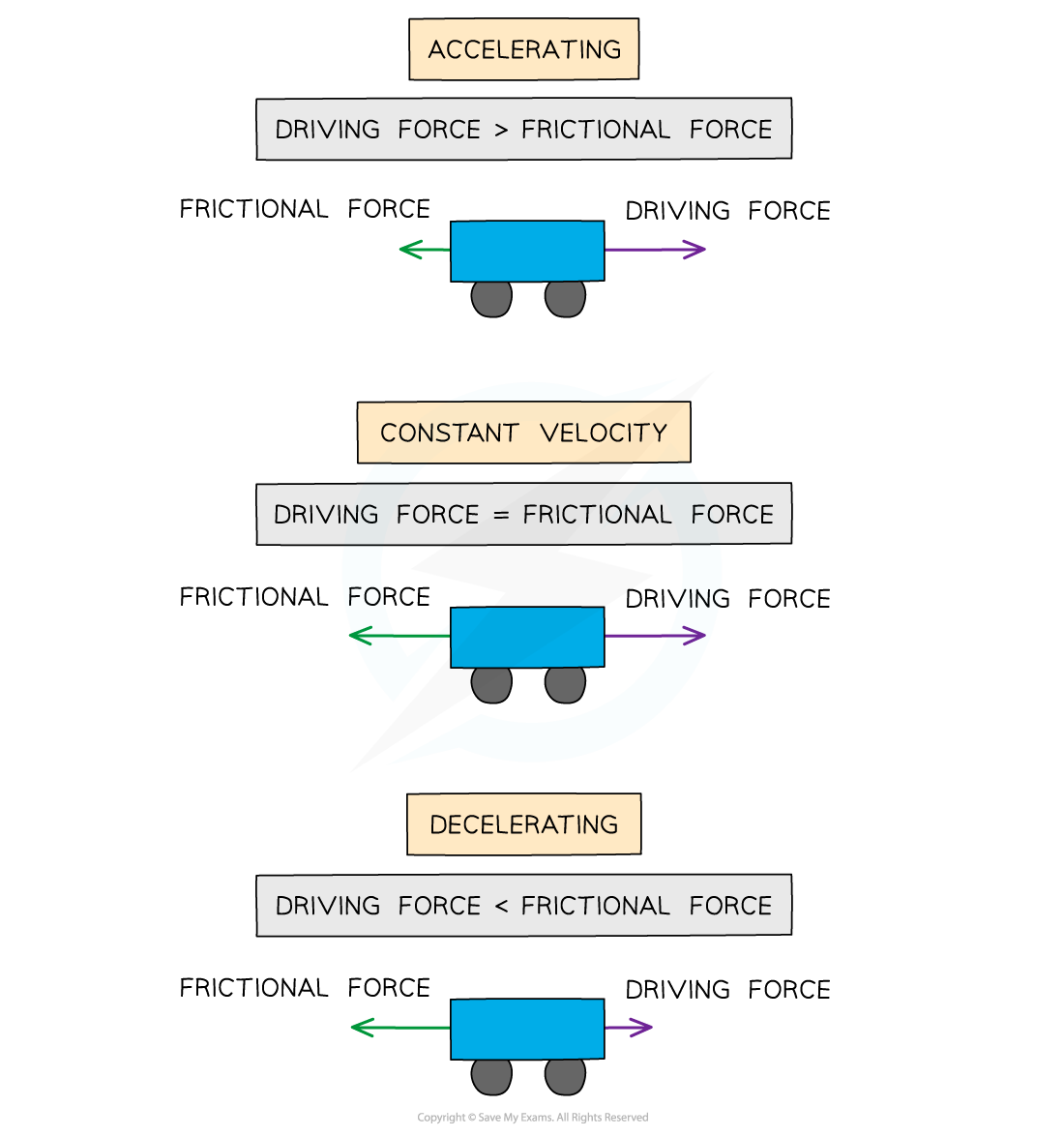 Frictional forces on a car increase with speed 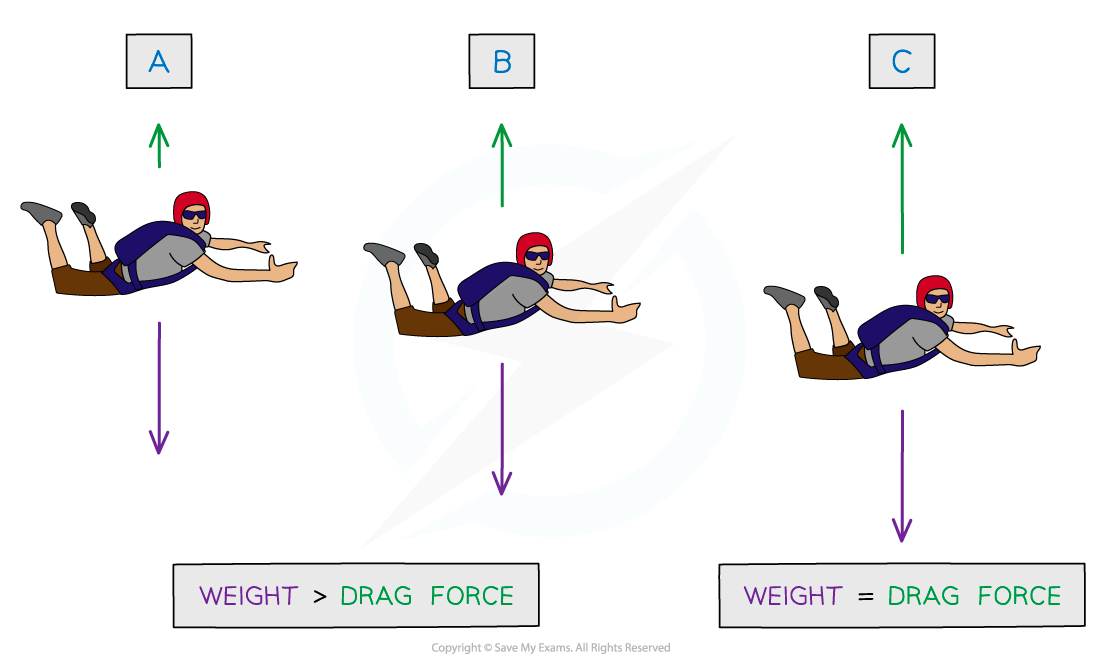 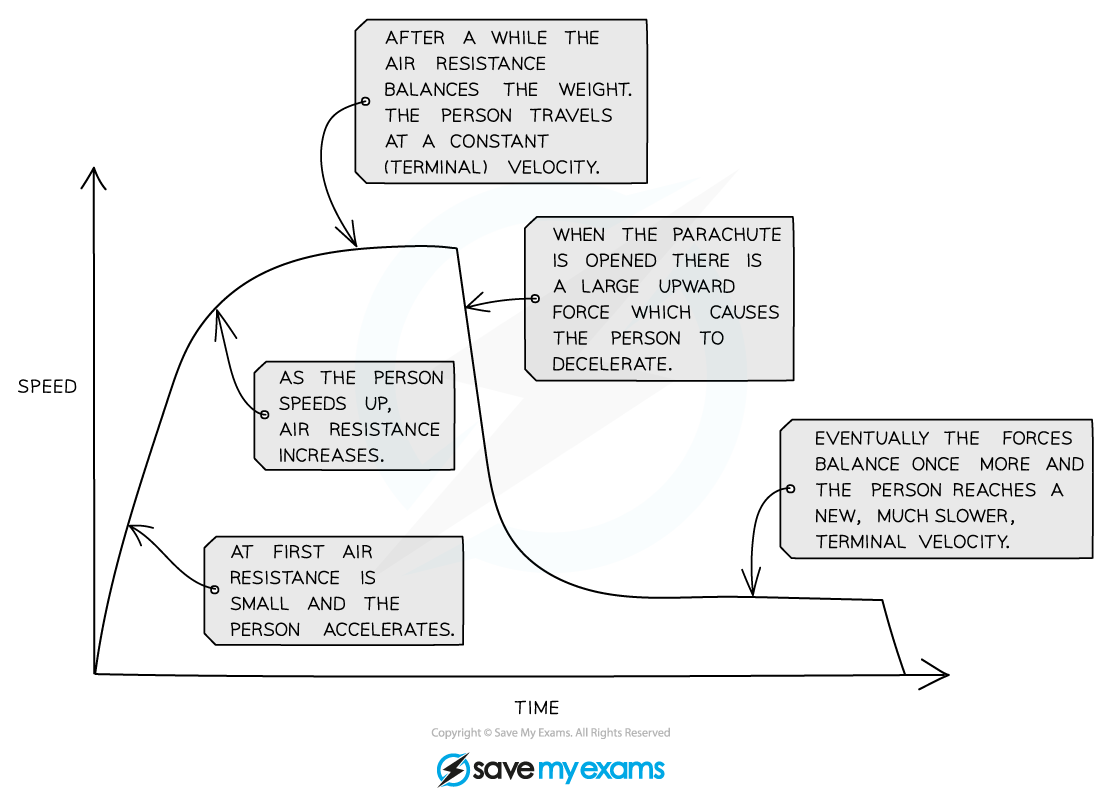 Skydivers jump out of a plane at intervals of a few seconds.

Skydivers A and B want to join up as they fall.

If A is heavier than B, who should jump first?

A common misconception is that skydivers move upwards when their parachutes are deployed - however, this is not the case, they are in fact decelerating to a lower terminal velocityIf a question considers air resistance to be ‘negligible’ this means in that question, air resistance is taken to be so small it will not make a difference to the motion of the body. You can take this to mean there are no drag forces acting on the body.