Determining g in the Laboratory

Aims of the Experiment 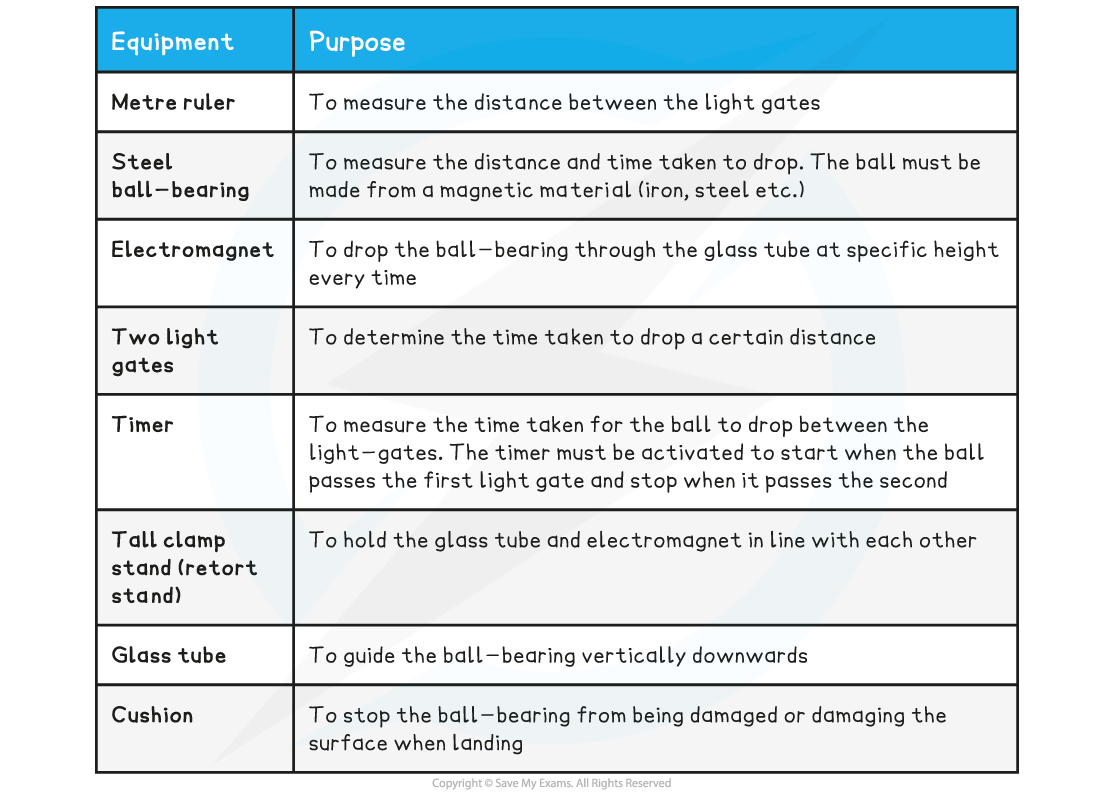 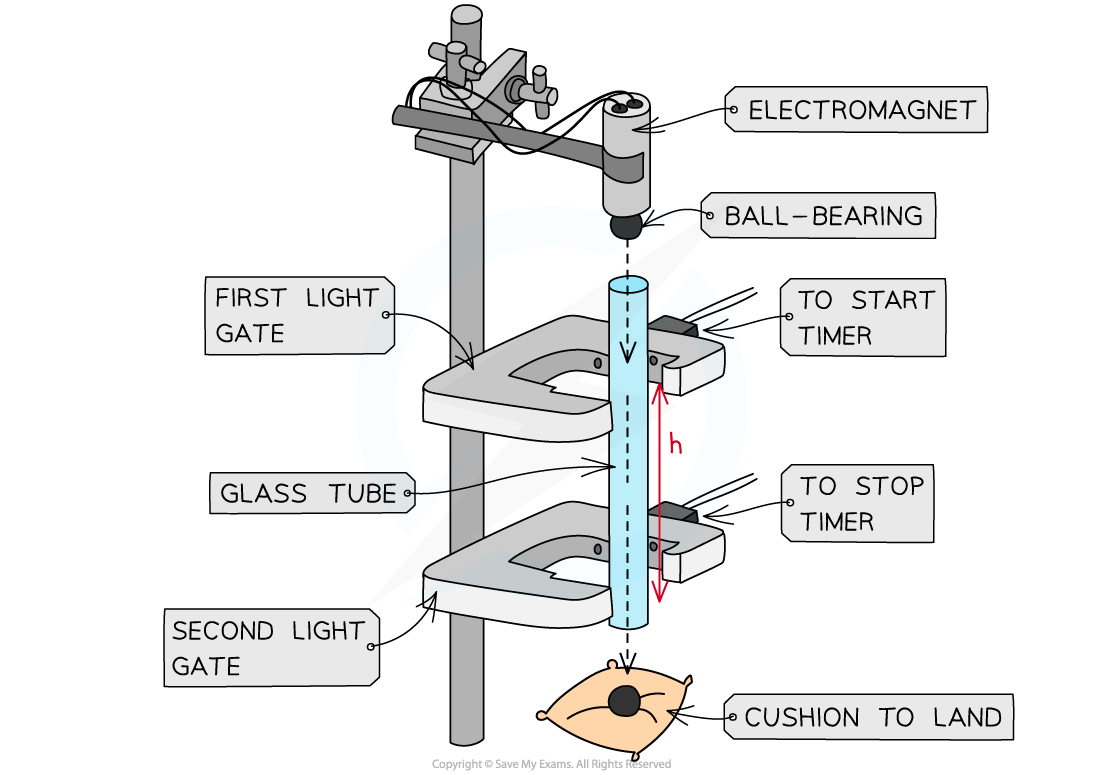 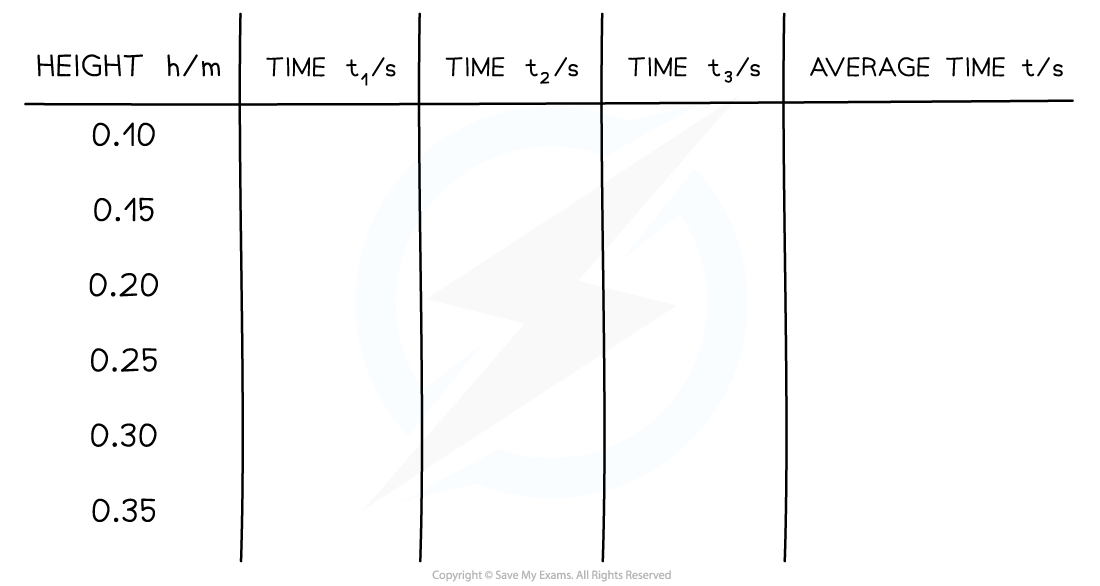 A student investigates the relationship between the height that a ball-bearing is dropped between two light gates and the time taken for it to drop.

Calculate the value of g from the table. 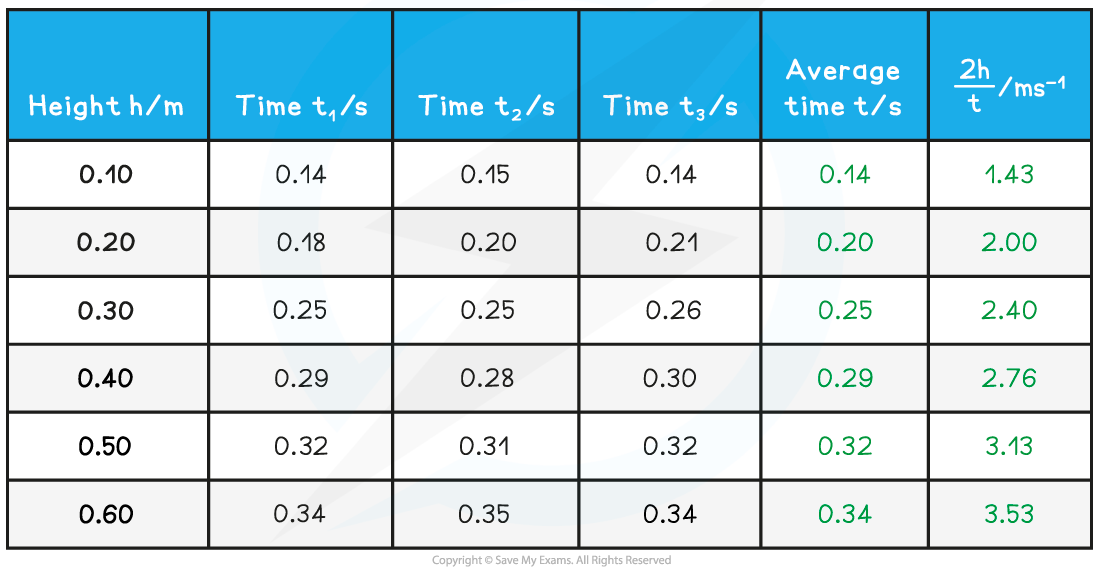 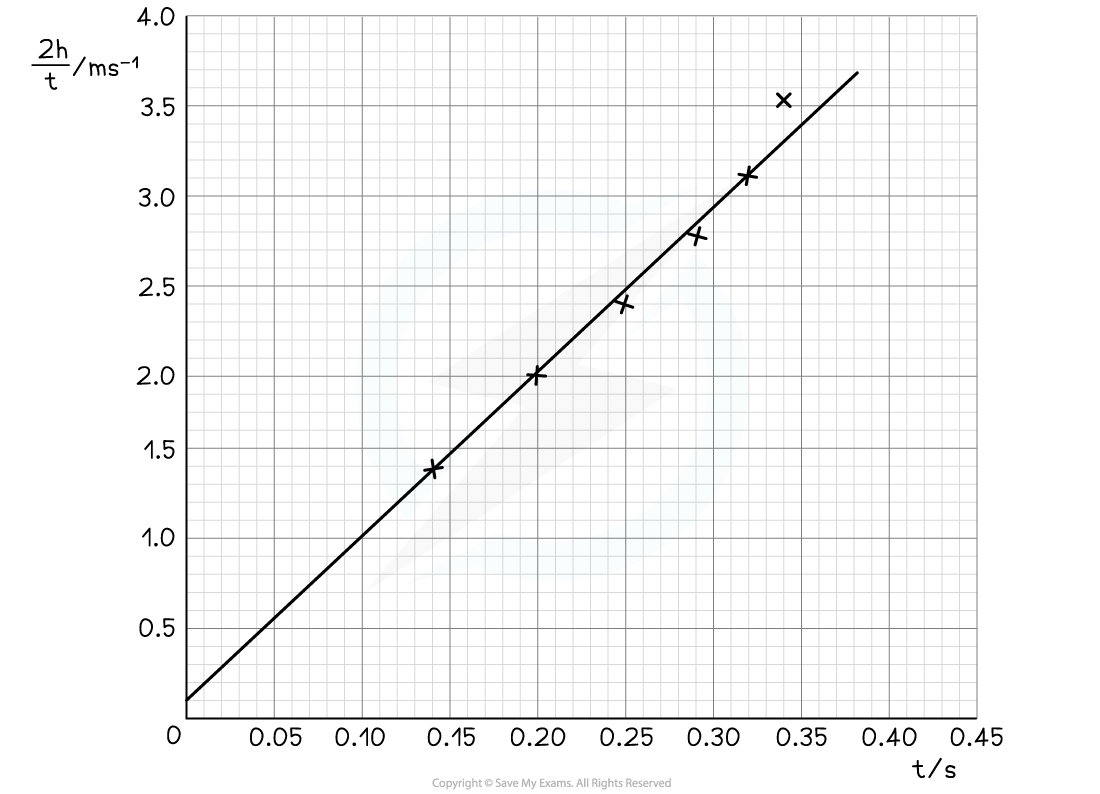 Step 3: Calculate the gradient of the graph 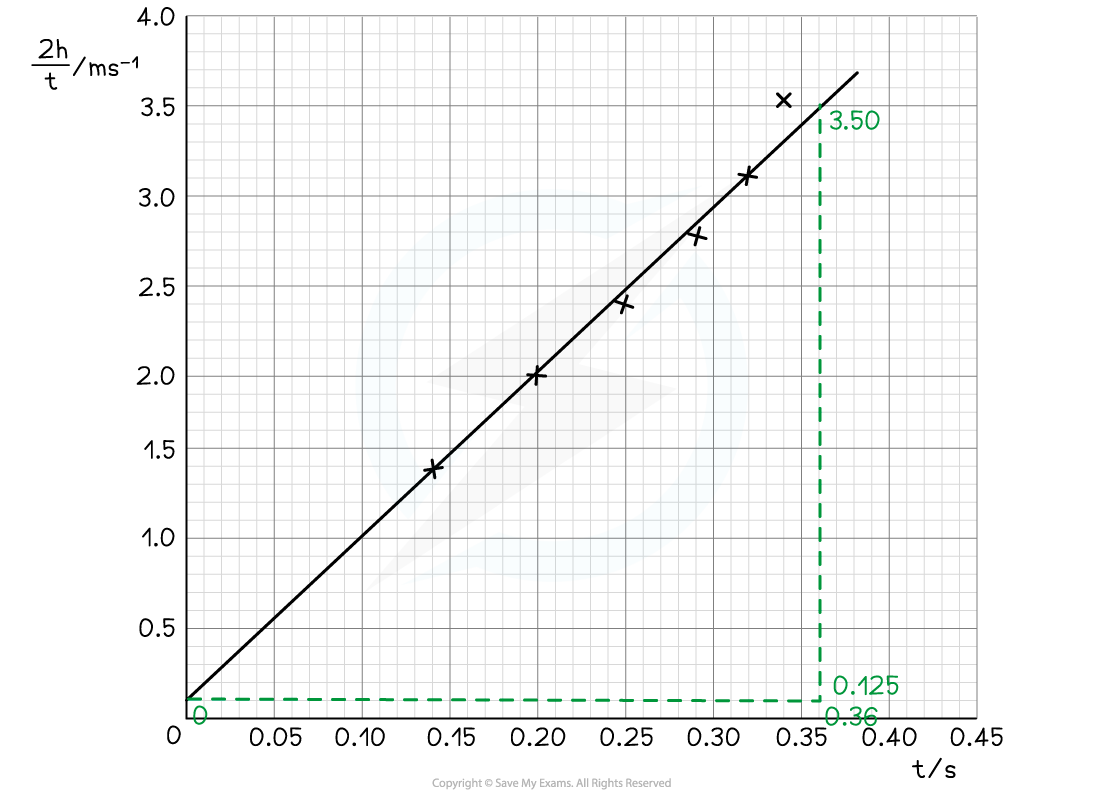