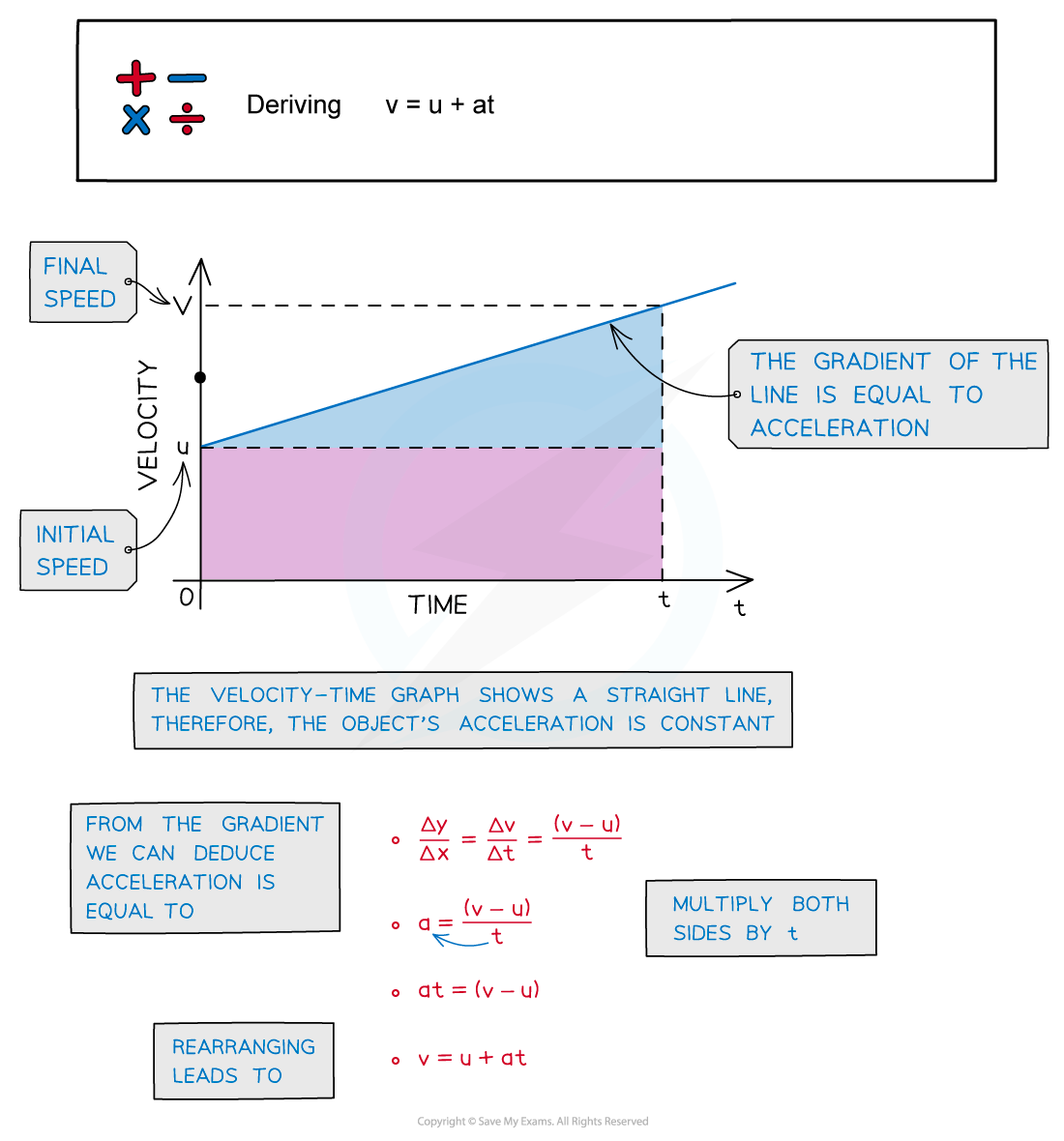 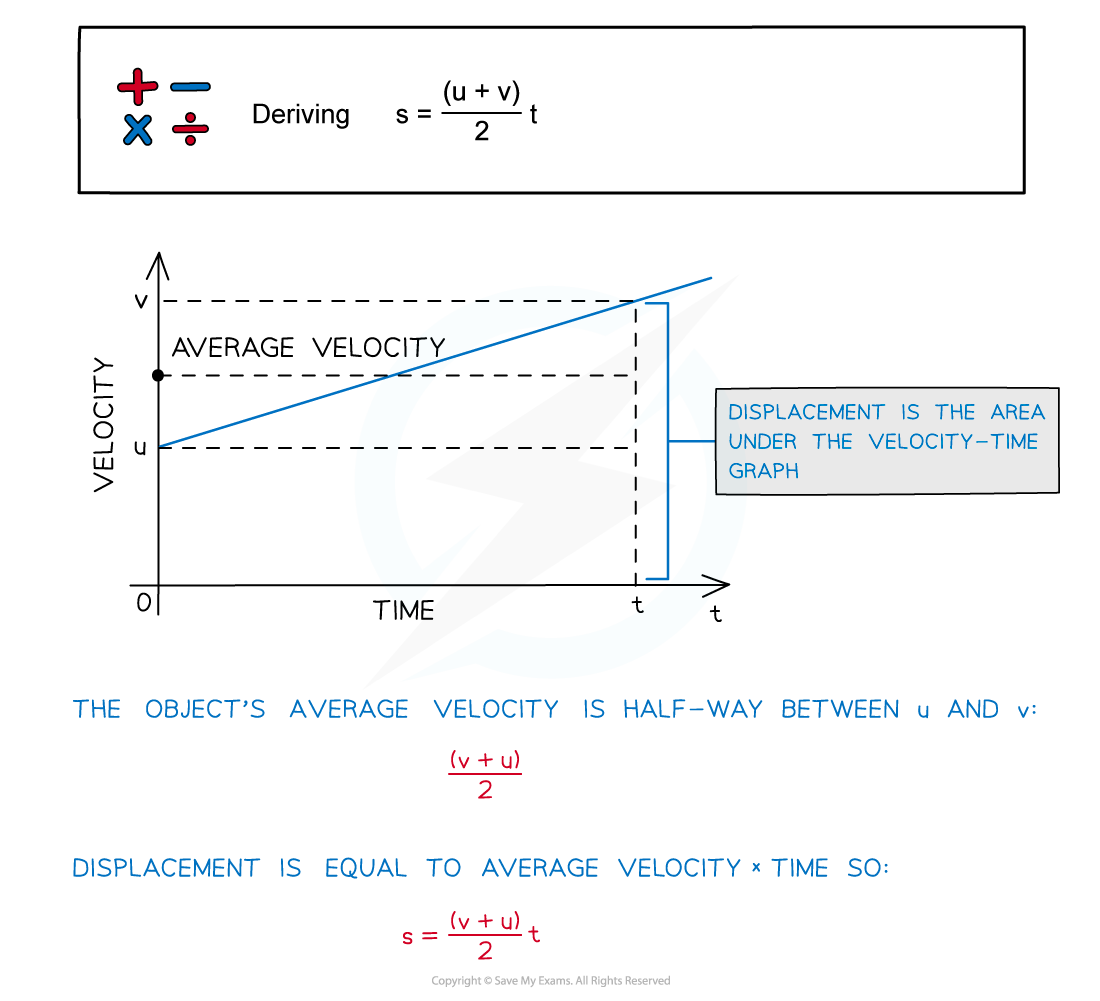 The average velocity is halfway between u and v 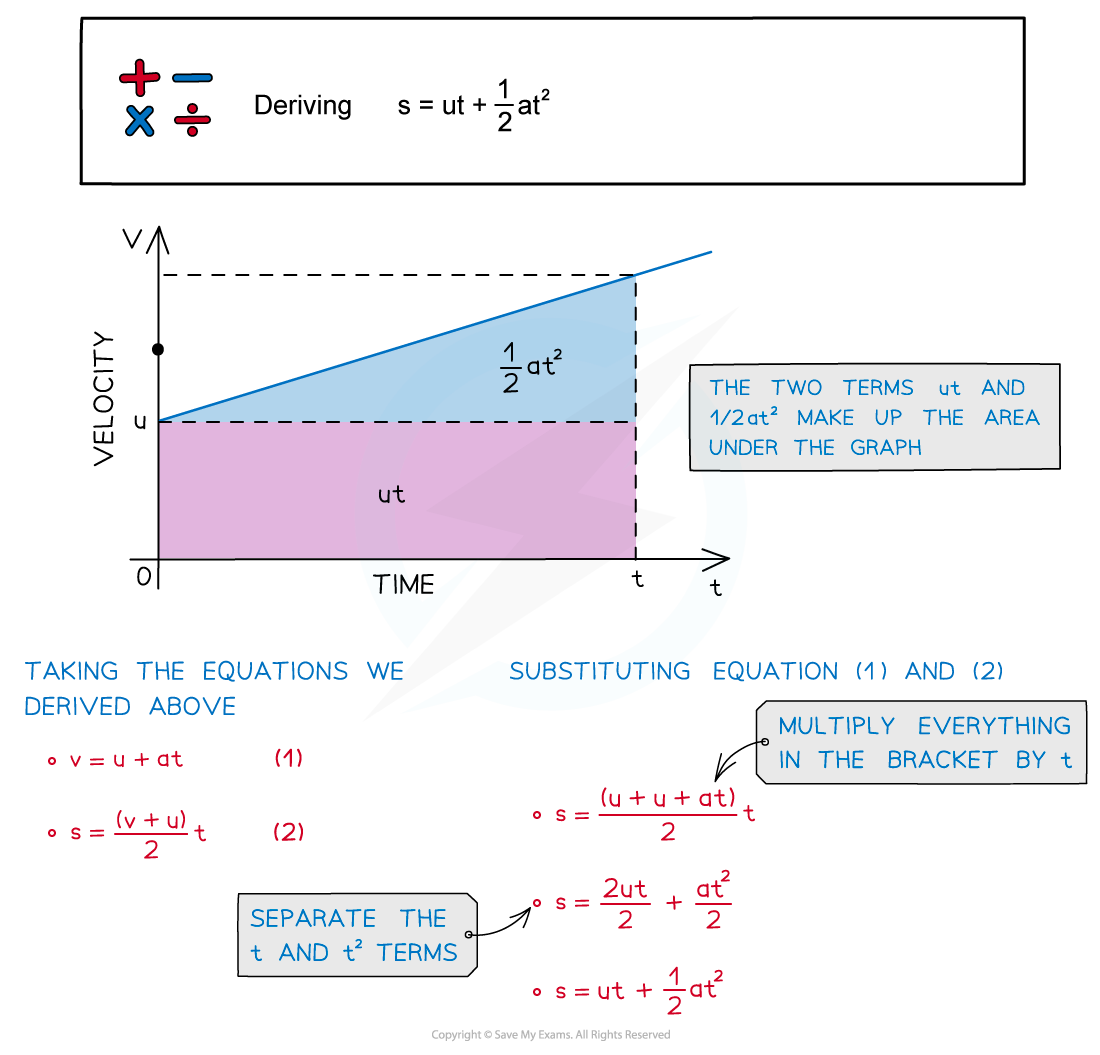 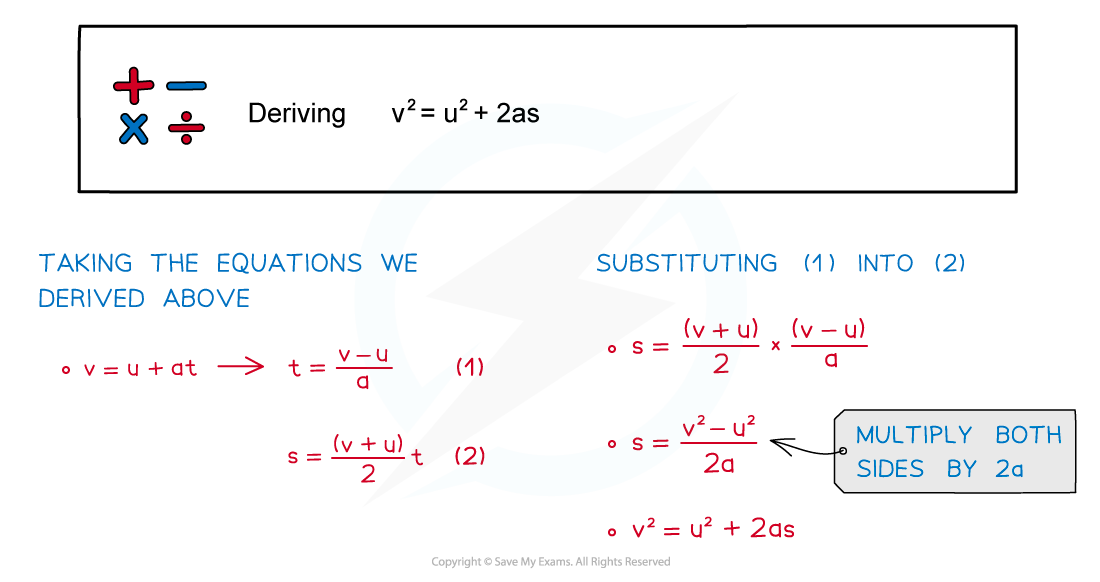 This final equation can be derived from two of the others

Summary of the four equations of uniformly accelerated motion

'Falling due to gravity'

'Constant acceleration in a straight line'

How to use the SUVAT equations

The diagram shows an arrangement to stop trains that are travelling too fast.

At marker 1, the driver must apply the brakes so that the train decelerates uniformly in order to pass marker 2 at no more than 10 m s–1.The train carries a detector that notes the times when the train passes each marker and will apply an emergency brake if the time between passing marker 1 and marker 2 is less than 20 s.Trains coming from the left travel at a speed of 50 m s–1.Determine how far marker 1 should be placed from marker 2. 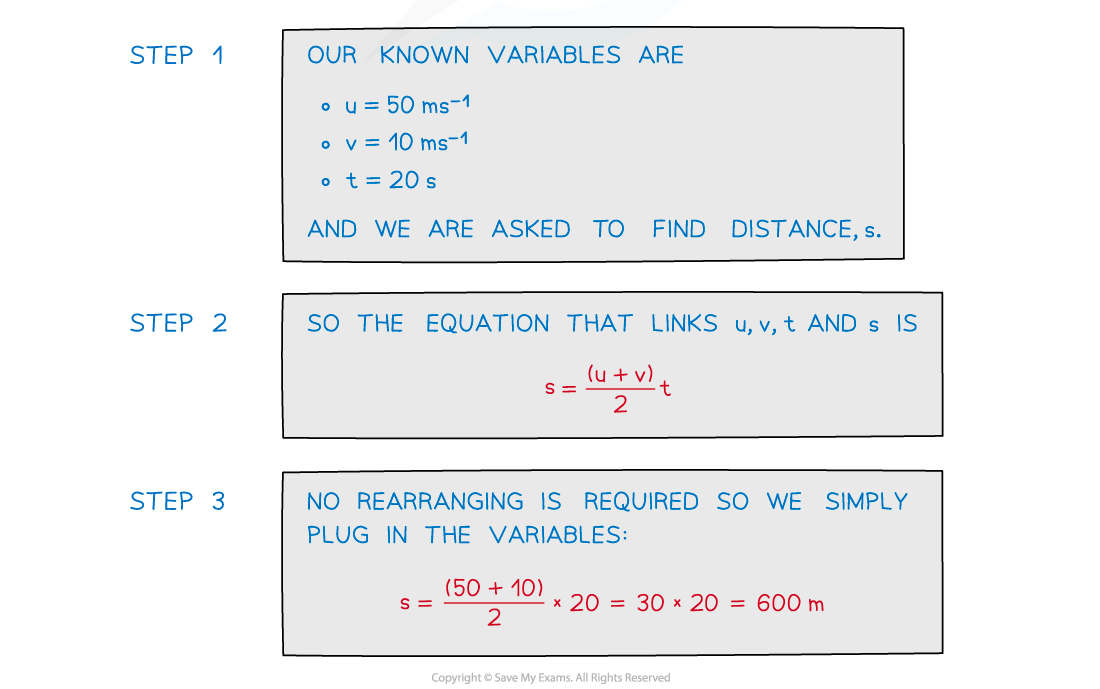 A cyclist is travelling directly east through a village, which is completely flat, at a velocity of 6 m s–1 east. They then start to constantly accelerate at 2 m s–2 for 4 seconds.

a)     Calculate the distance that the cyclist covers in the 4 second acceleration period.

b)     Calculate the cyclist's final velocity after the 4-second interval of acceleration.

Later on in their journey, this cyclist (cyclist A) is now cycling through a different village, still heading east at a constant velocity of 18 m s–1. Cyclist A passes a friend (cyclist B) who begins accelerating from rest at a constant acceleration of 1.5 m s–2 in the same direction as cyclist A at the moment they pass.

c)     Calculate how long it takes for cyclist B to catch up to cyclist A.

Step 2: Identify and write down the equation to use

Step 3: Substitute known quantities into the equation and simplify where possible

Step 2: Identify and write down the equation to use

Step 3: Substitute known quantities into the equation and simplify where possible

Step 3: Express the situation for cyclist A and B in terms of displacement, s

Step 4: Equate the two equations and solve for t

This is one of the most important sections of this topic - usually, there will be one, or more, questions in the exam about solving problems with SUVAT equationsThe best way to master this section is to practice as many questions as possible!