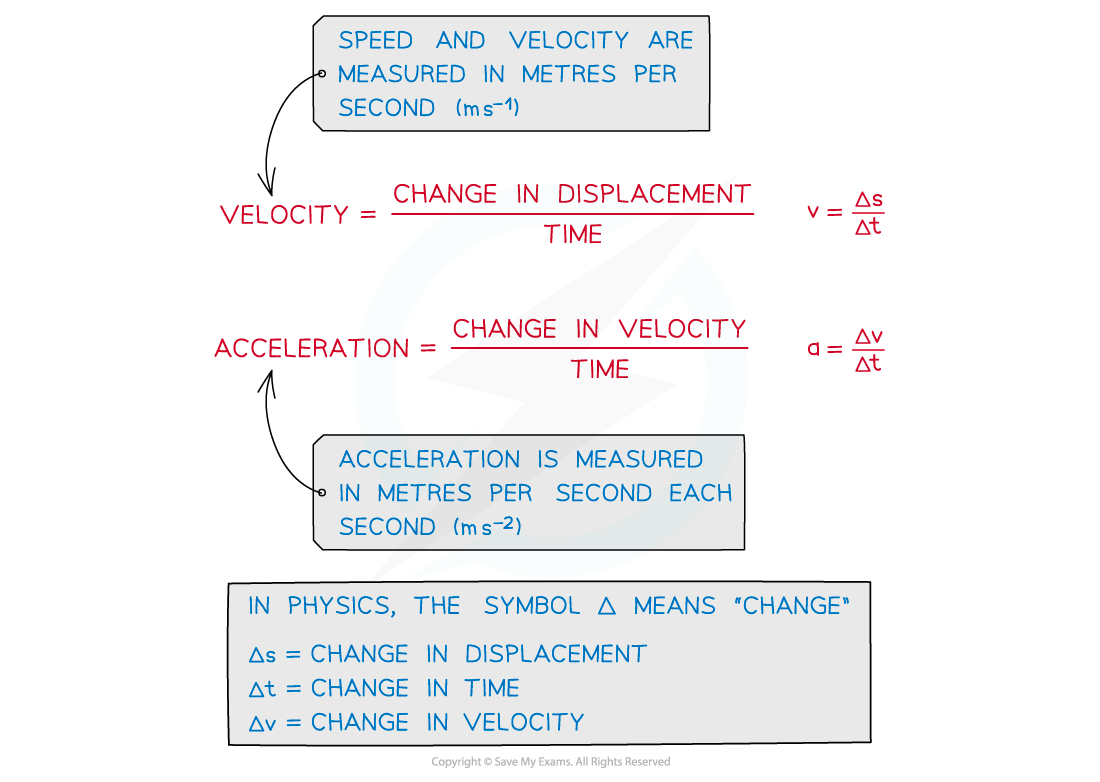 Speeding Up and Slowing Down 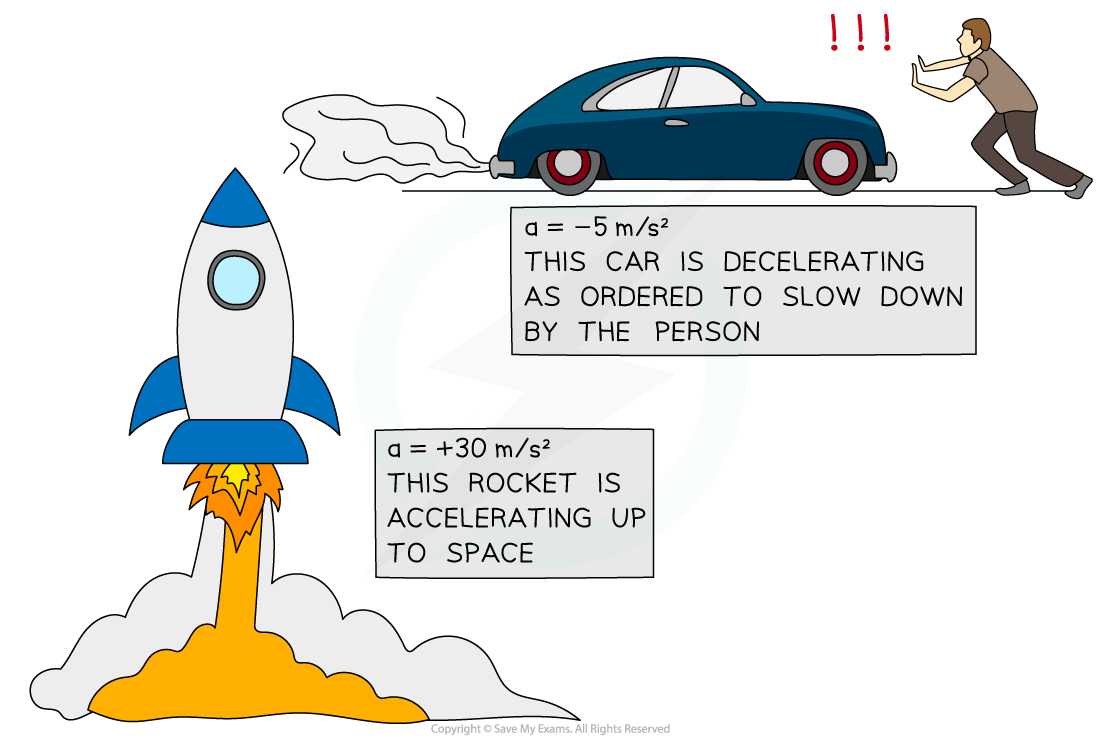 A rocket speeding up (accelerating) and a car slowing down (decelerating)

A Japanese bullet train decelerates at a constant rate in a straight line.The velocity of the train decreases from 50 m s–1 to 42 m s–1 in 30 seconds.

(a) Calculate the change in velocity of the train.

(b) Calculate the deceleration of the train, and explain how your answer shows the train is slowing down.

Step 3: Substitute the values for change in velocity and time

Step 4: Interpret the value for deceleration

Remember the units for acceleration are metres per second squared, m s–2In other words, acceleration measures how much the velocity (in m s–1) changes every second, m s–1 s–1.