Florence Griffith Joyner set the women’s 100 m world record in 1988, with a time of 10.49 s.Calculate her average speed during the race.

Step 4: Substitute the values for total distance and time

The cars in the diagram above have the same speed (a scalar quantity) but different velocities (a vector quantity). Fear not, they are in different lanes! 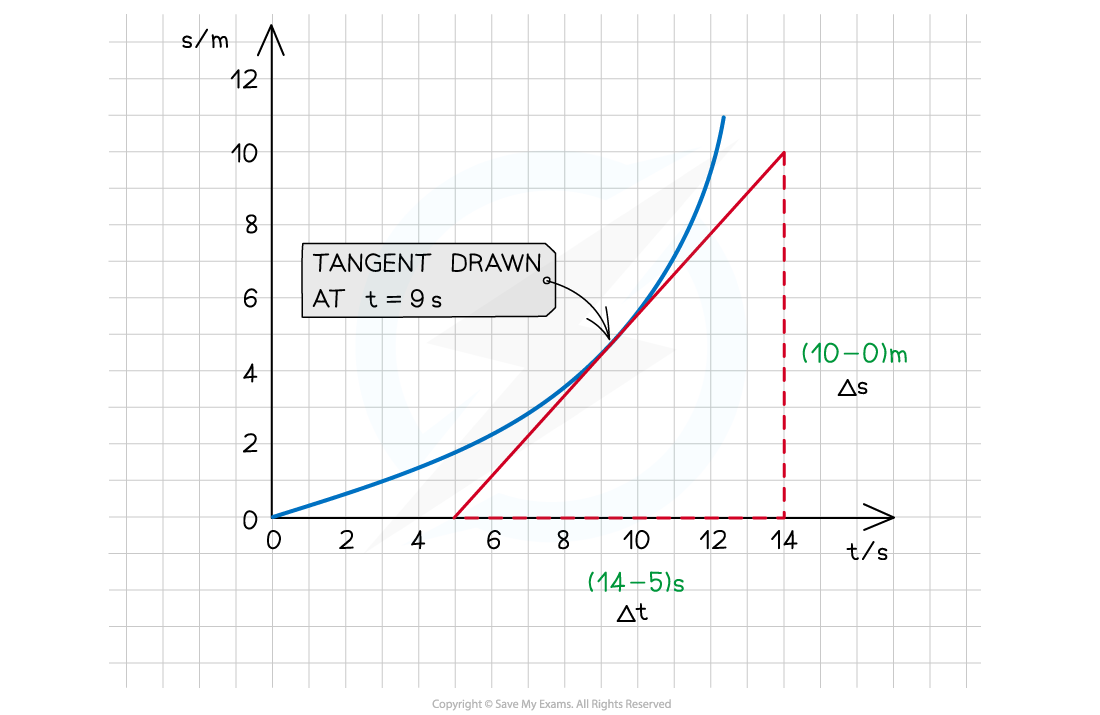 When you draw a tangent to a curve, make sure it just touches the point at which you wish to calculate the gradient. The angle between the curve and the tangent line should be roughly equal on both sides of the point.