Energy cannot be created or destroyed, it can only change form 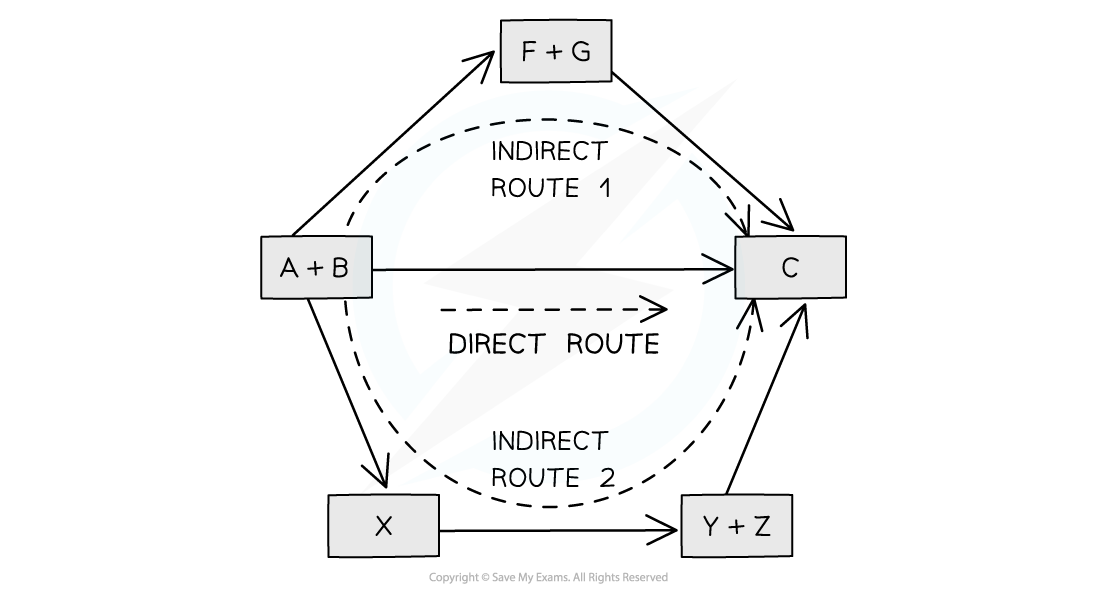 Therefore for energy to be conserved,

You do not need to learn Hess's Law word for word as it is not a syllabus requirement, but you do need to understand the principle as it provides the foundation for all the problem solving in Chemical Energetics