Place these three molecules in the correct order from lowest to highest boiling point and explain your reasoning:

Step 1: The first thing to do is find the approximate relative molecular mass:

Step 2: Draw the structures of the molecules and identify the intermolecular forces present

So, the order of boiling from lowest to highest is: 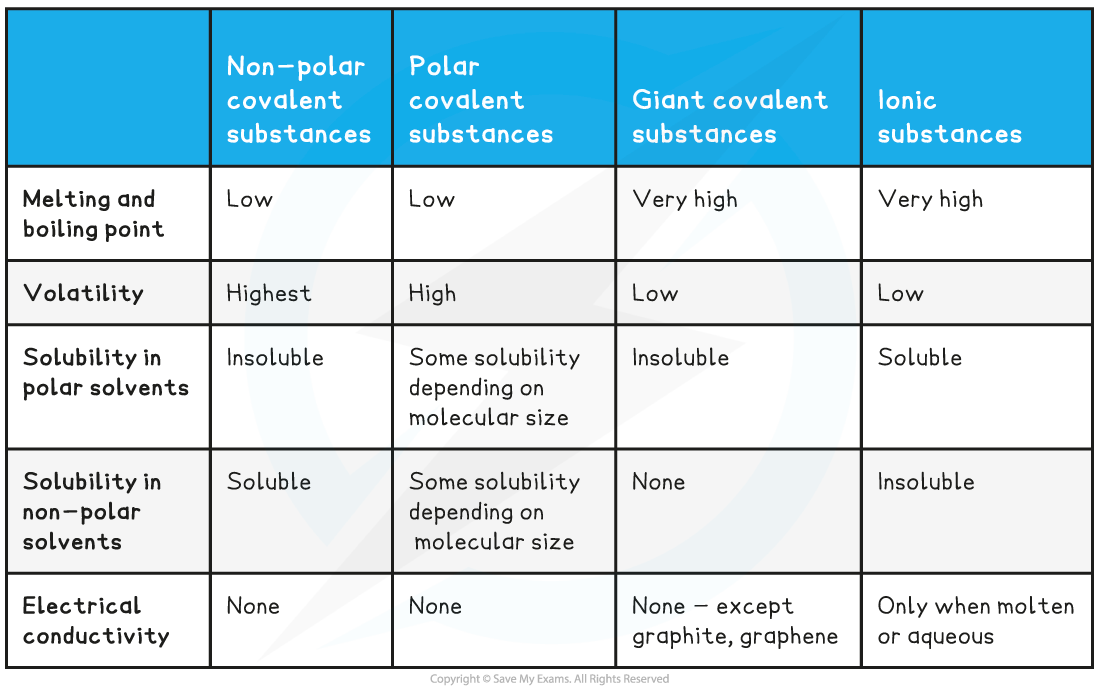 Compound X has the following properties:

What is the most probable structure of X?

The correct option is A