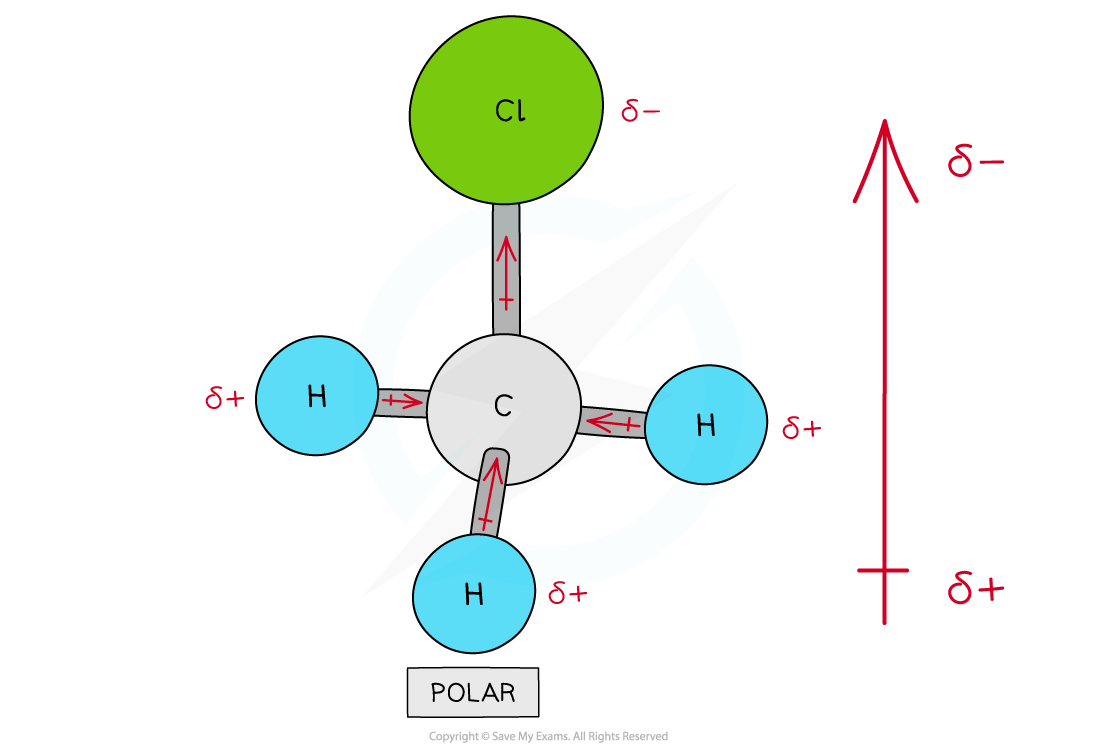 There are four polar covalent bonds in CH3Cl which do not cancel each other out causing CH3Cl to be a polar molecule; the overall dipole is towards the electronegative chlorine atom

Though CCl4 has four polar covalent bonds, the individual dipole moments cancel each other out causing CCl4 to be a nonpolar molecule 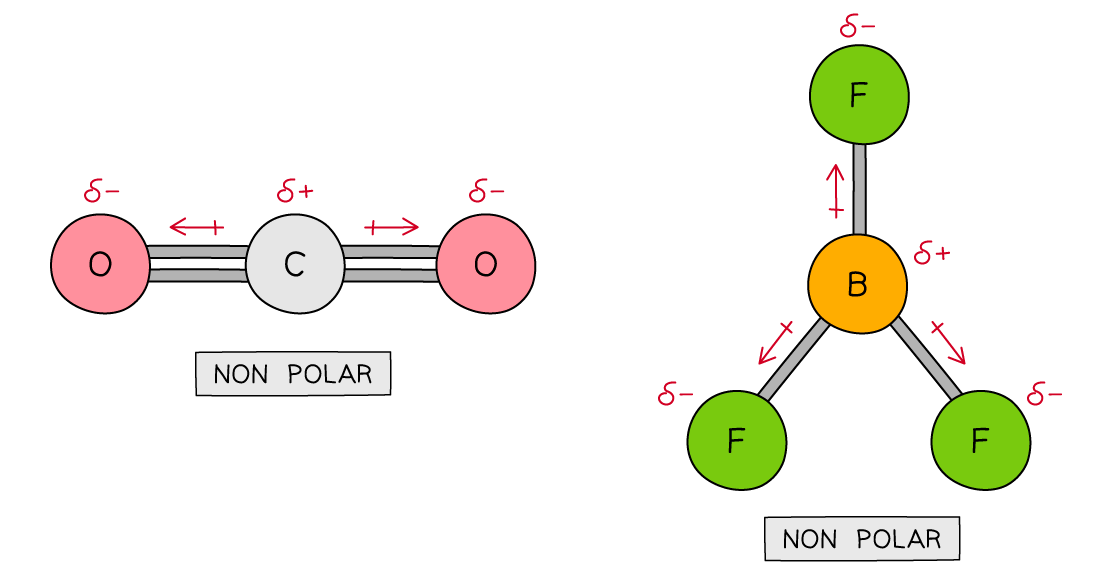 Which molecule is non-polar?

The correct option is D.

Although the Al-Br bonds are polar, the trigonal planar molecule is symmetrical so the dipoles cancel out leaving a non-polar molecule