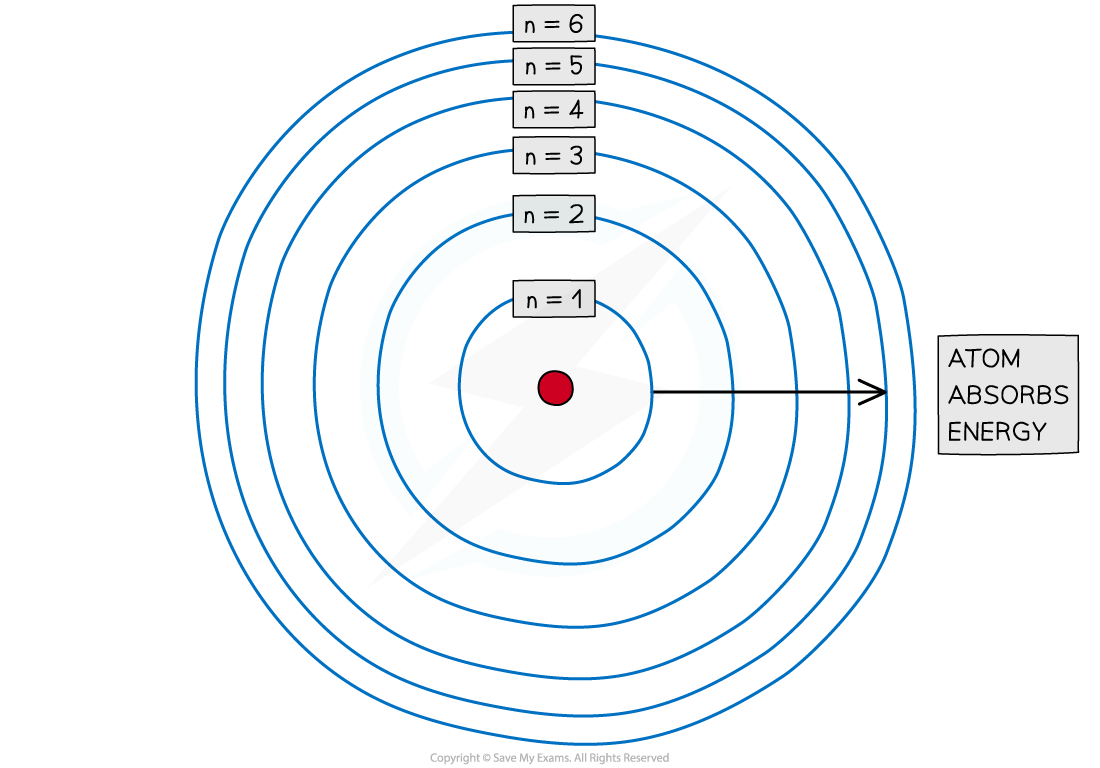 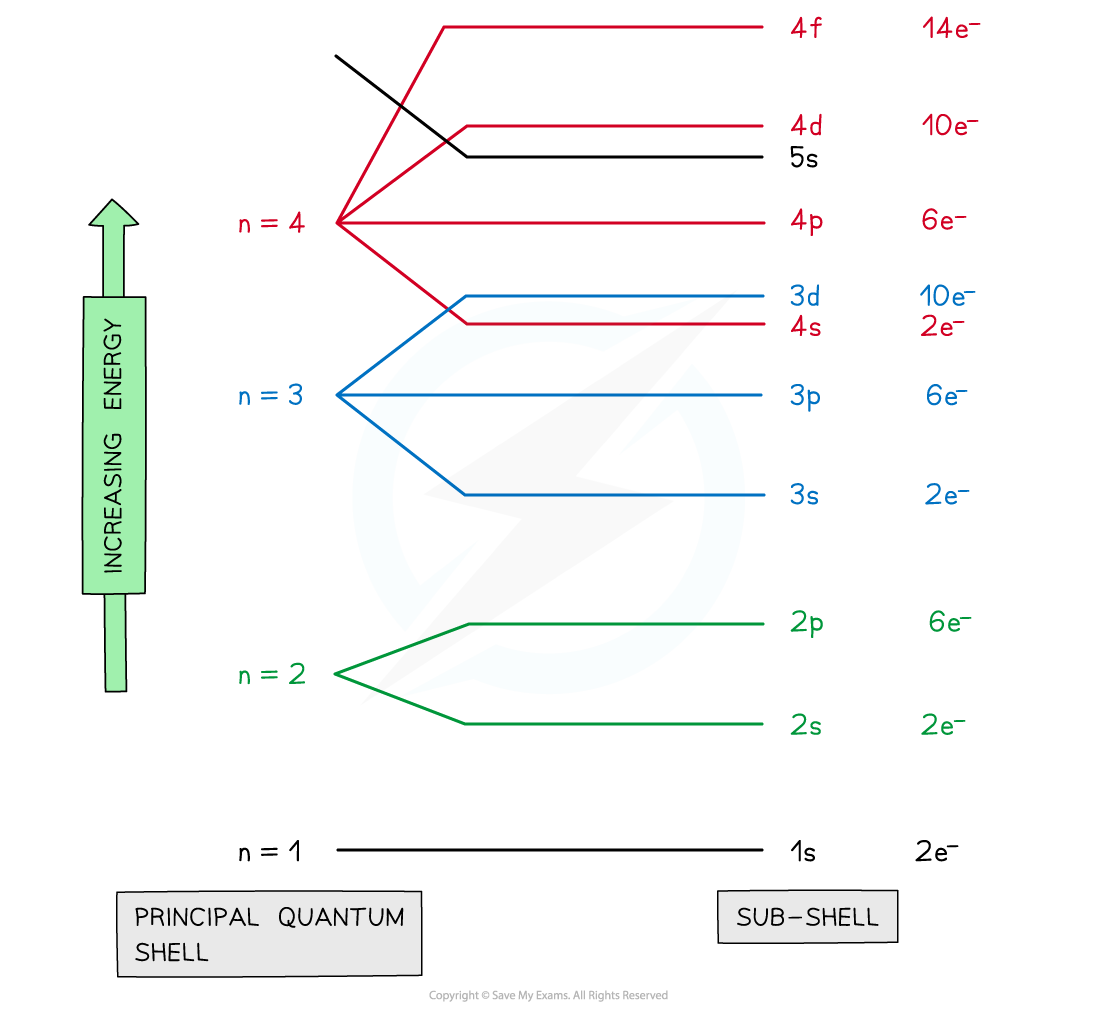 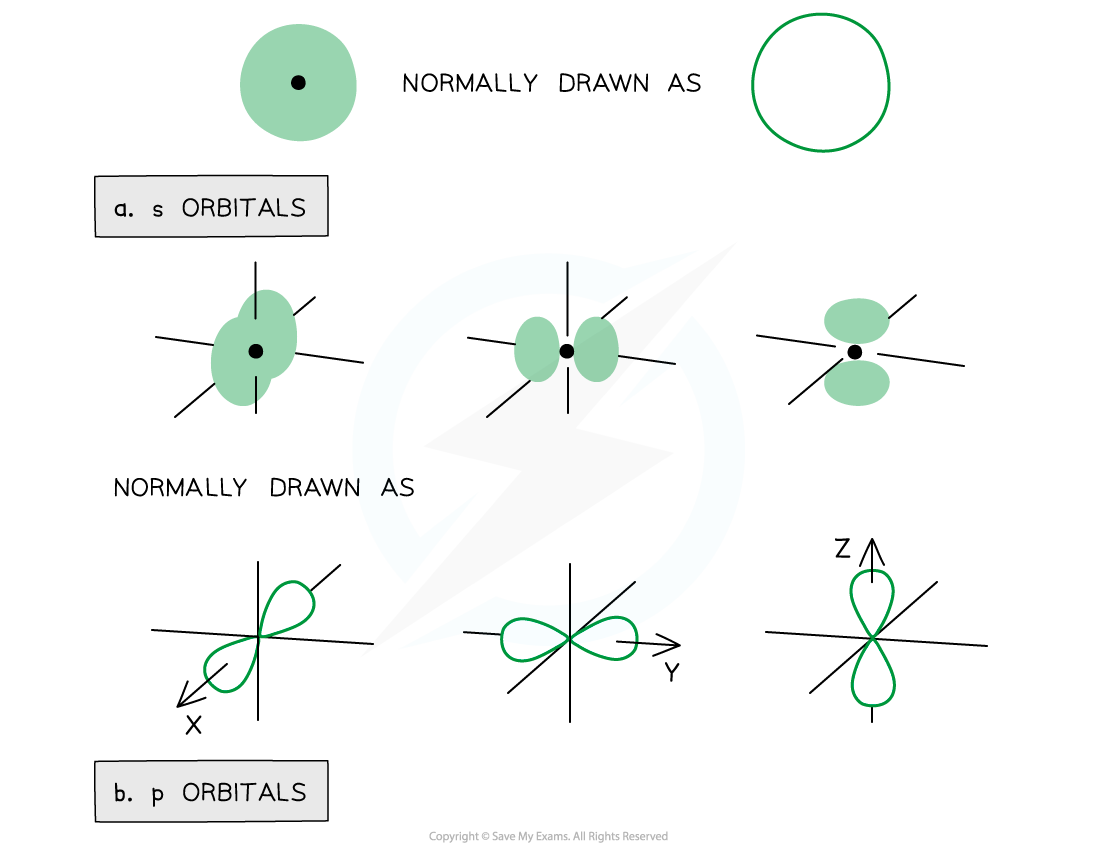 Representation of orbitals (the dot represents the nucleus of the atom) showing spherical s orbitals (a), p orbitals containing ‘lobes’ along the x, y and z axis 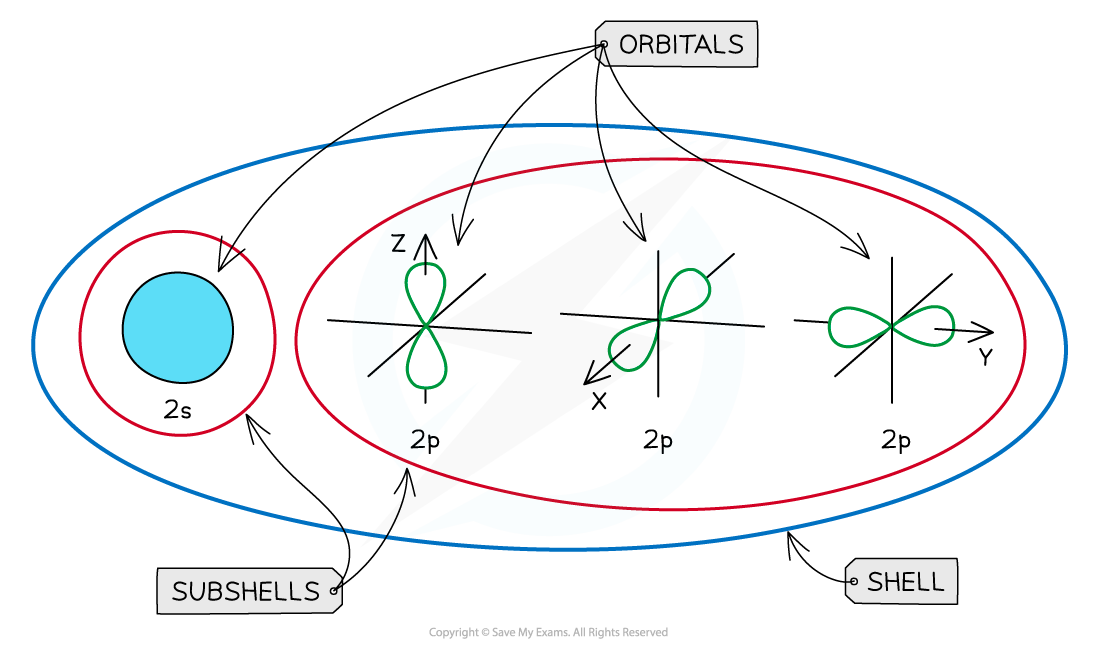 An overview of the shells, subshells and orbitals in an atom 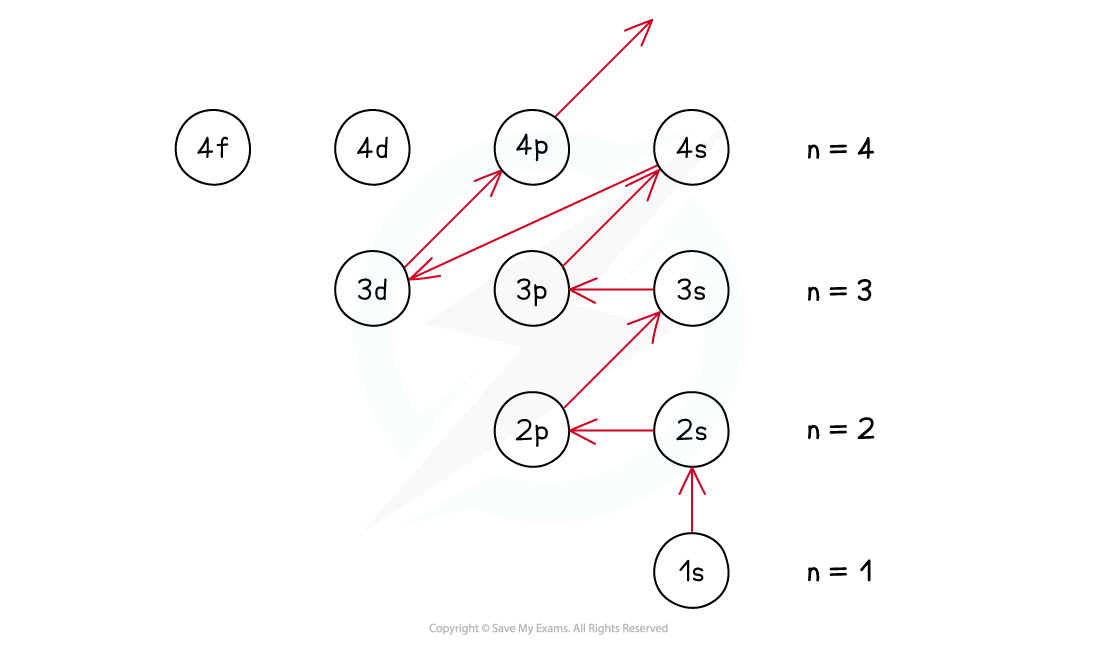 The Aufbau Principle - following the arrows gives you the filling order 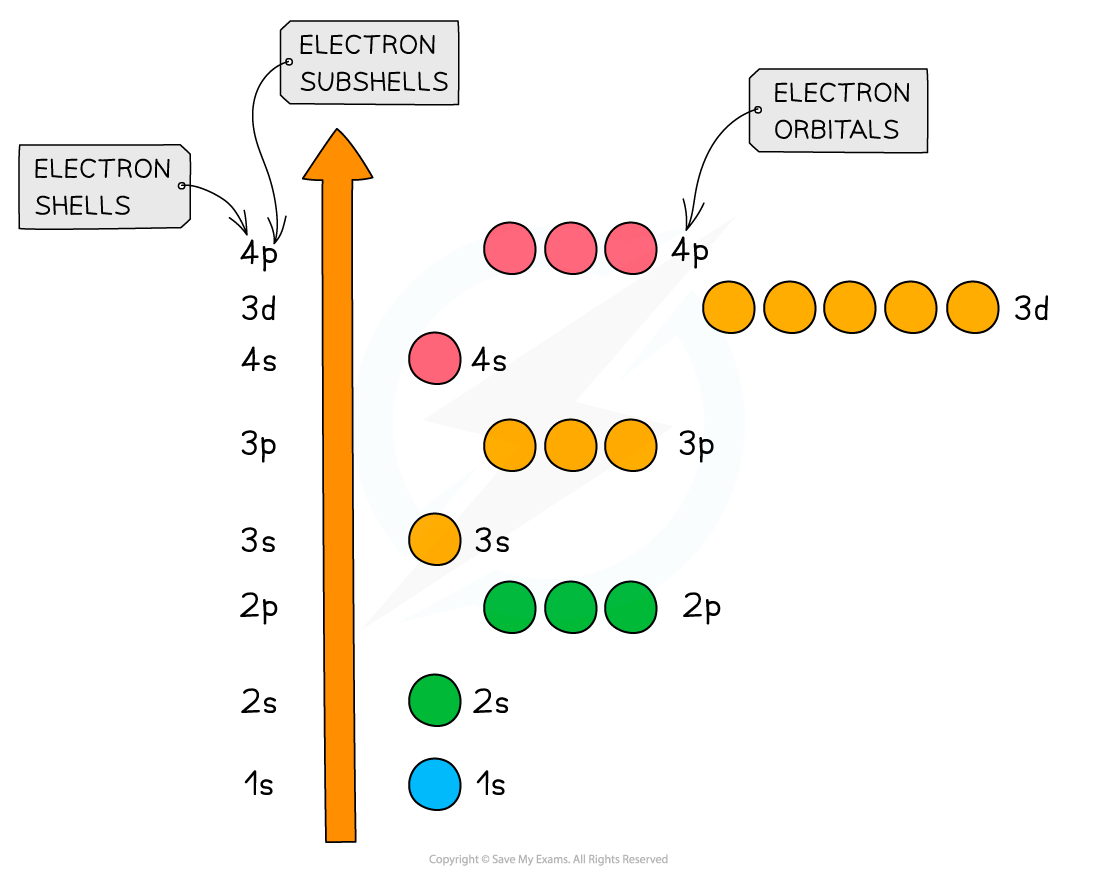