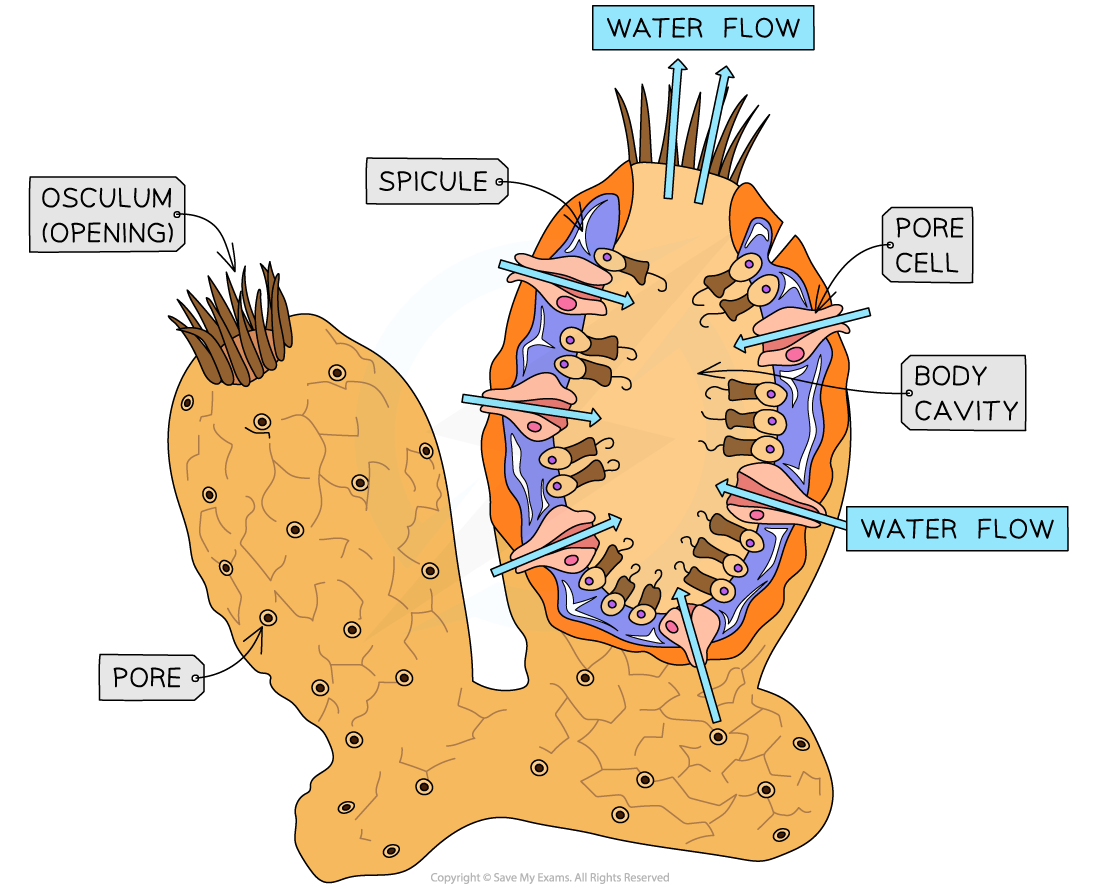 Porifera take in water through pores for filter feeding

The body structure of a member of the phylum Platyhelminthes 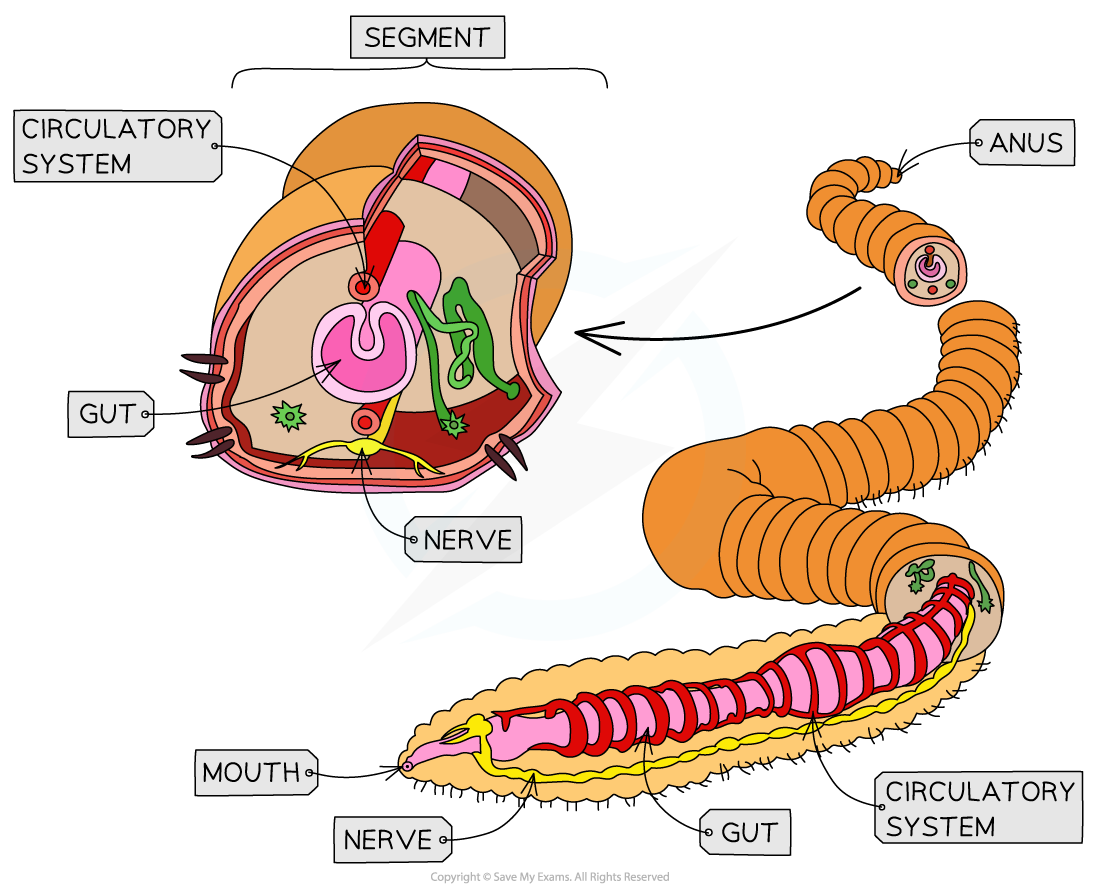 The annelida have a segmented body structure

The body structure of snails; members of phylum Mollusca 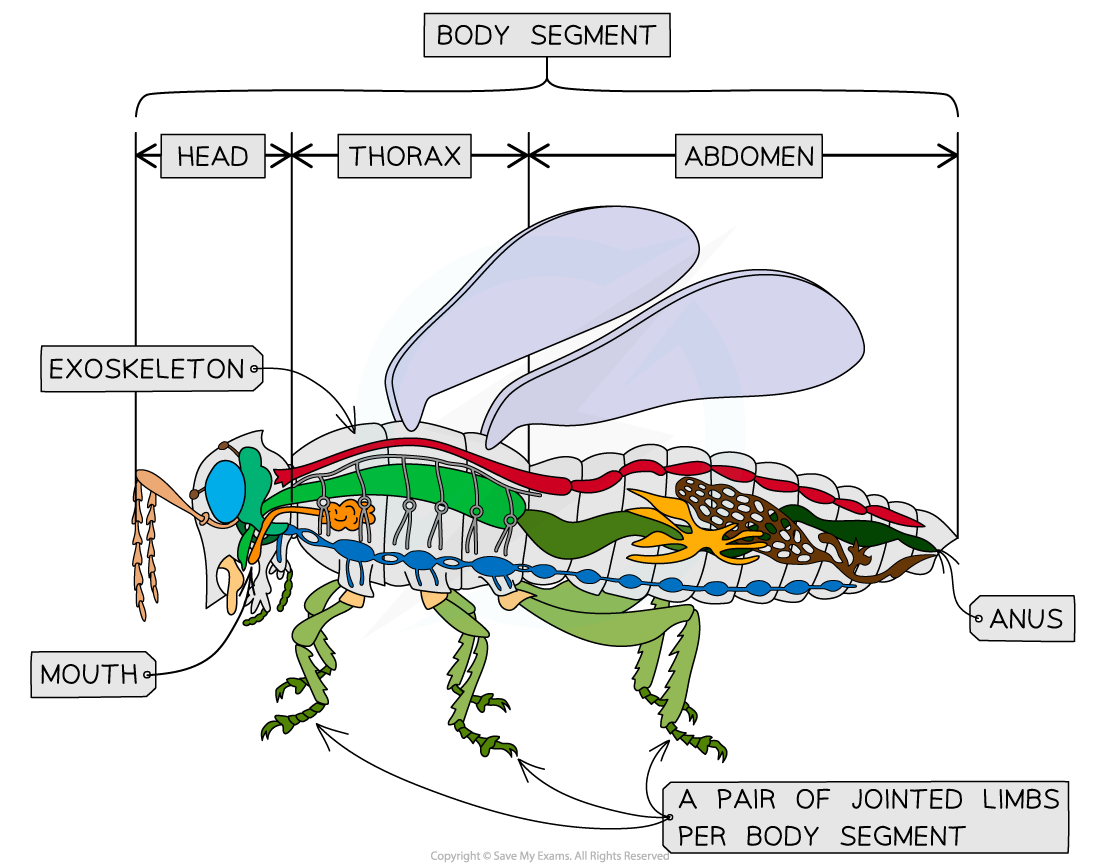 Insects are members of the phylum Arthropoda; they have three body segments, each with a pair of jointed limbs 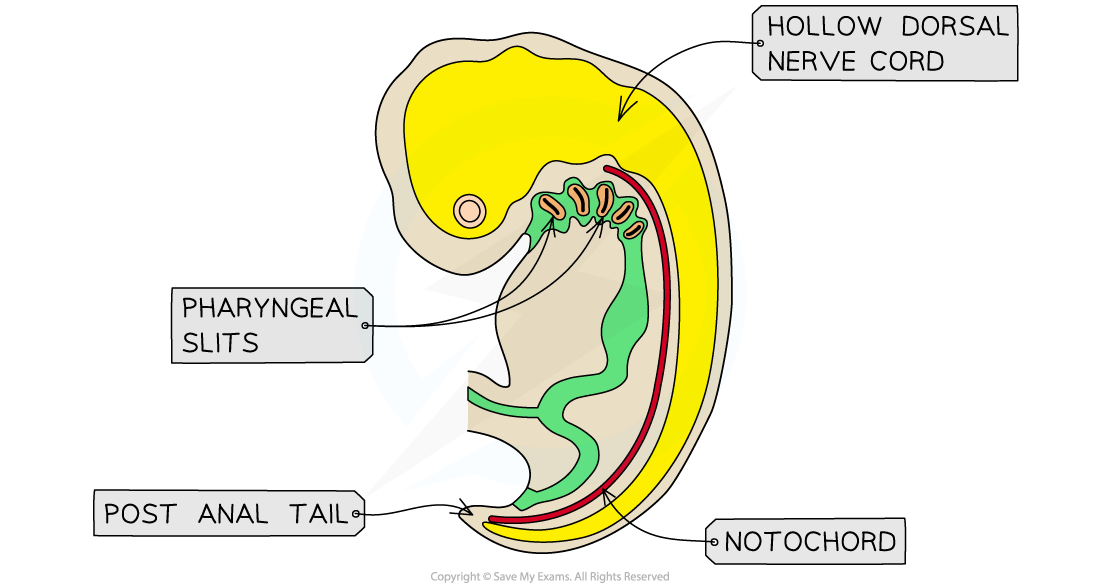 Human embryos have all of the features of phylum chordata 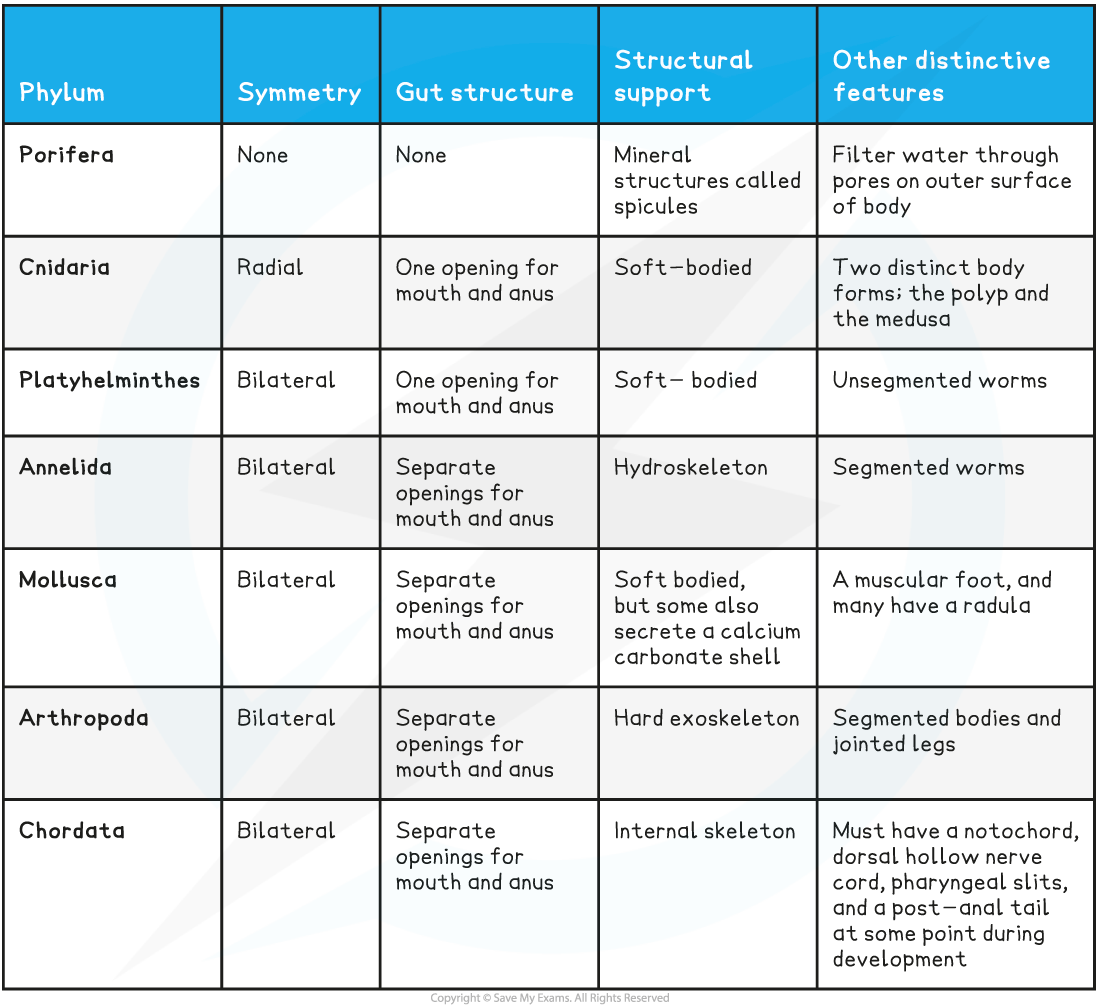 You do not need to be able to describe each of the above phyla in great detail, but be sure that you can state how each phylum is distinct from the other phyla, e.g. annelids are segmented worms while platyhelminthes are unsegmented worms, mollusca is the only phylum with a muscular foot, etc.

Ray-finned fish have a skeleton of bone, fins with bone rays, a swim bladder, and a gill operculum 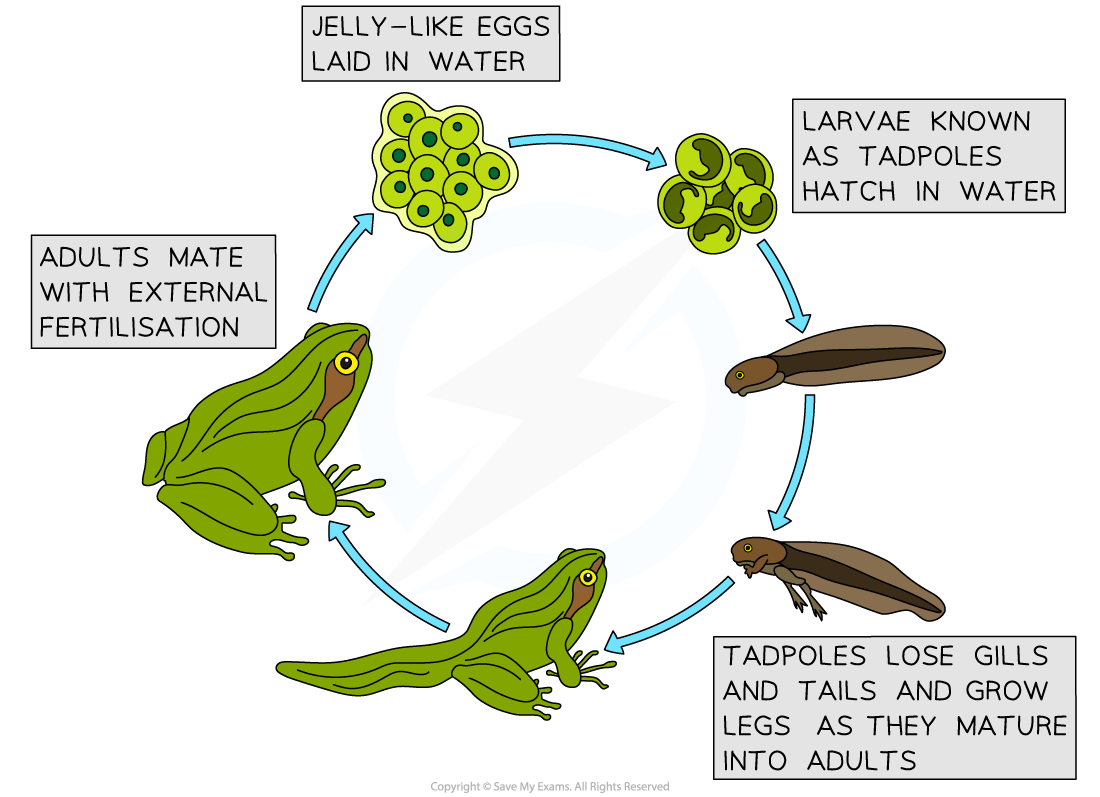 The amphibian life-cycle includes an aquatic larval stage, and a terrestrial adult stage 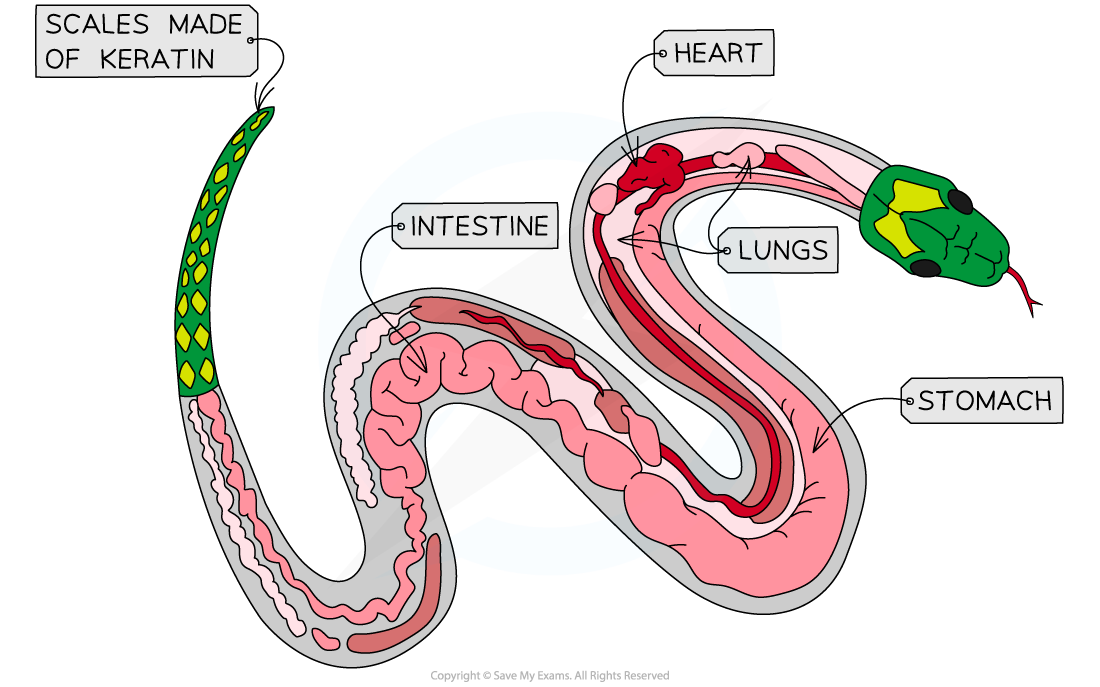 Reptiles have a body covering of scales, and breathe using highly folded lungs 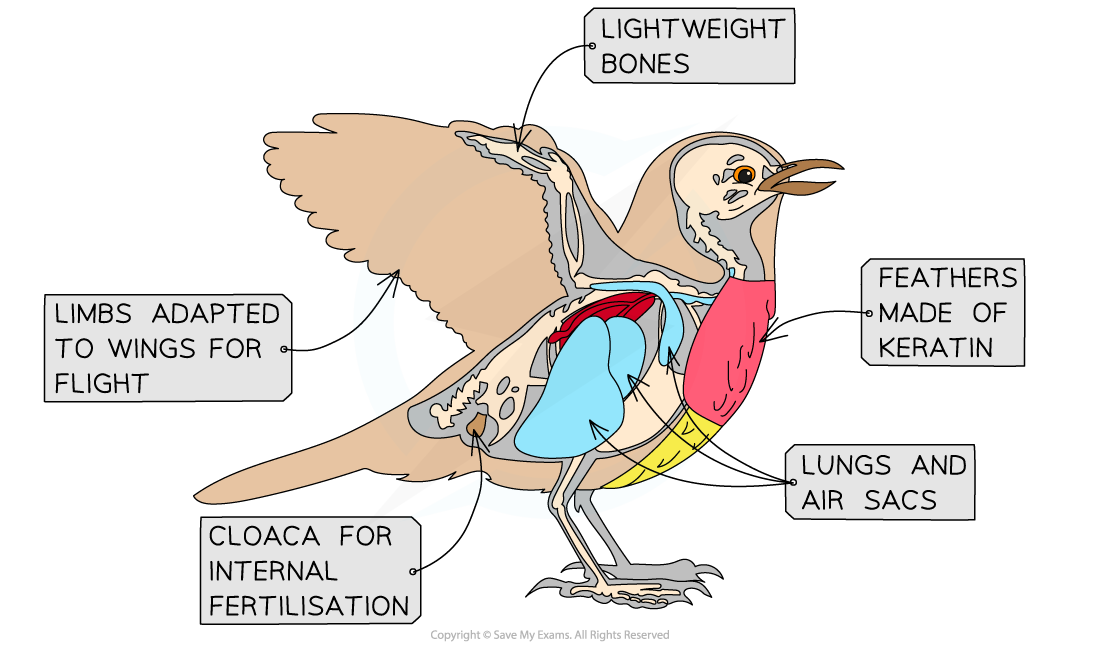 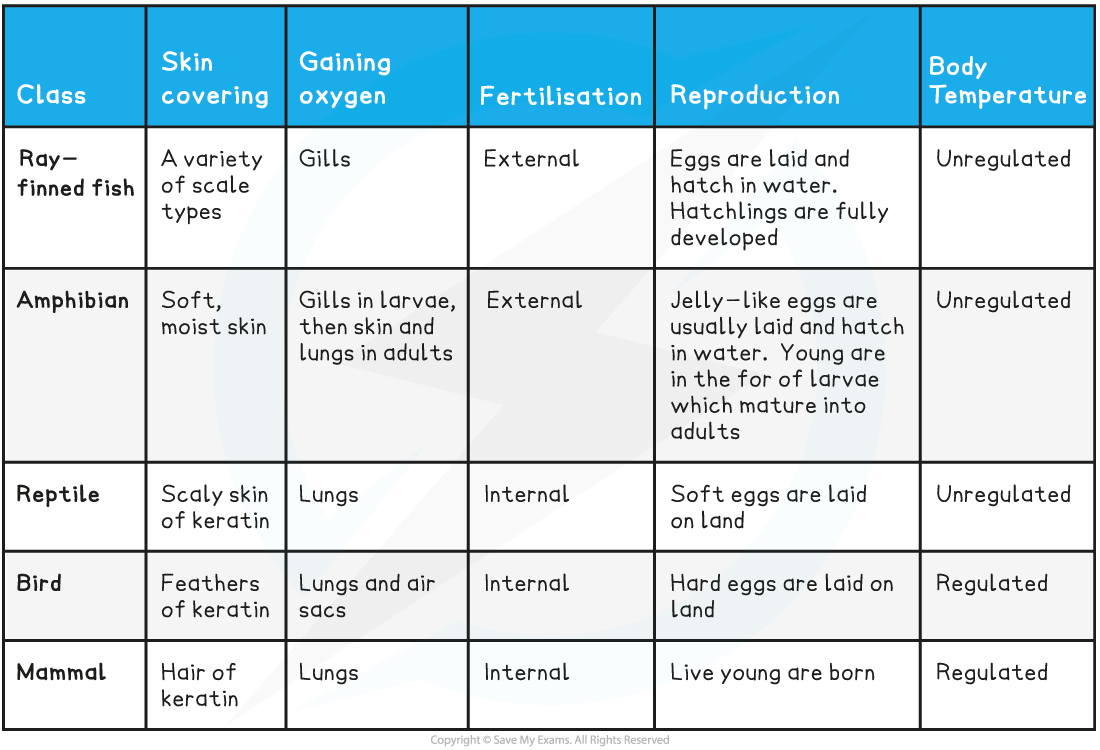