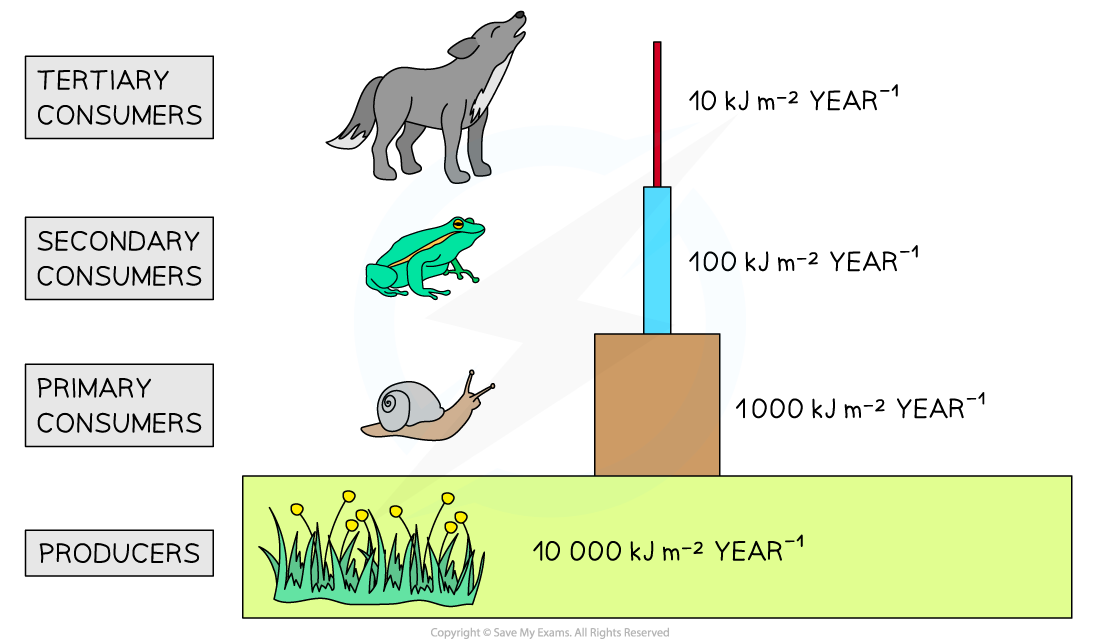 Remember that pyramids of energy should be drawn to scale and the units used should be the amount of energy, per unit area, per year e.g. kJ m-2 year-1