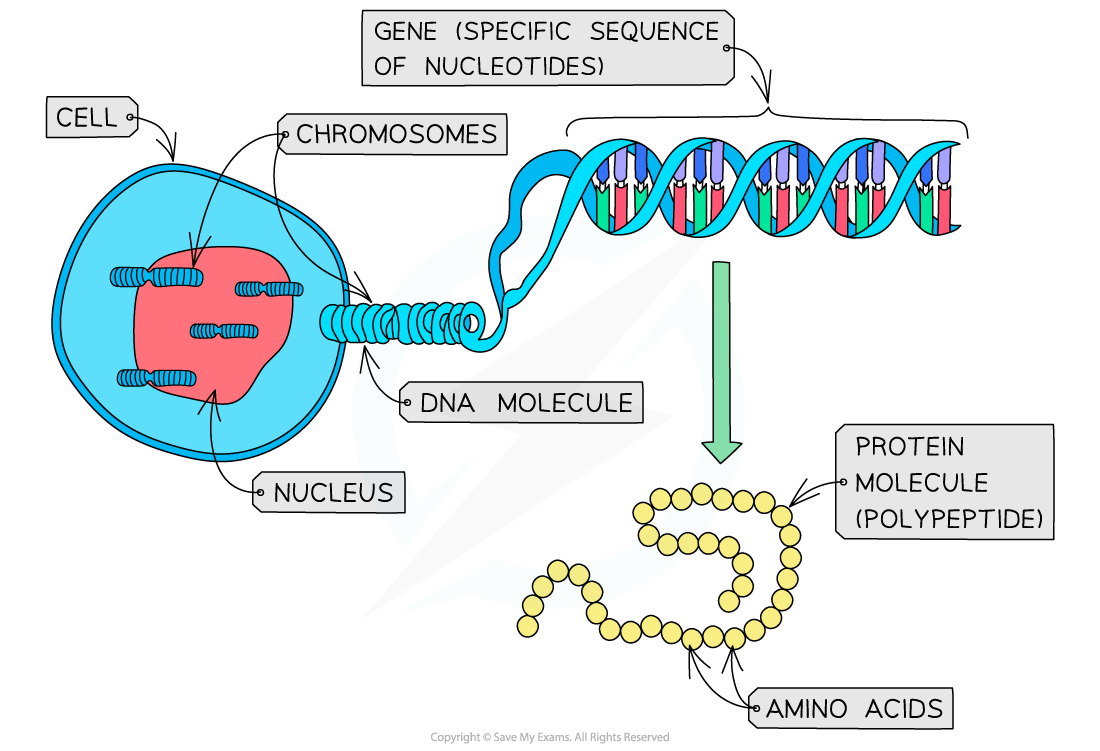 Remember – each chromosome in a human cell nucleus contains one very long DNA molecule. This DNA molecule is made up of thousands of specific nucleotide sequences called genes that code for specific polypeptides.

Comparing the Number of Genes between Different Organisms Table

For the comparison of the number of genes you need to know at least one plant and one bacterium, and at least one species with more than humans and one species with fewer genes than humans.The "number of genes" should not be referred to or confused with "genome size" as this term is used for the total amount of DNA (usually measured in the number of base pairs). Much of a eukaryotic species' genome does not code for polypeptides.