Separation of photosynthetic pigments by chromatography 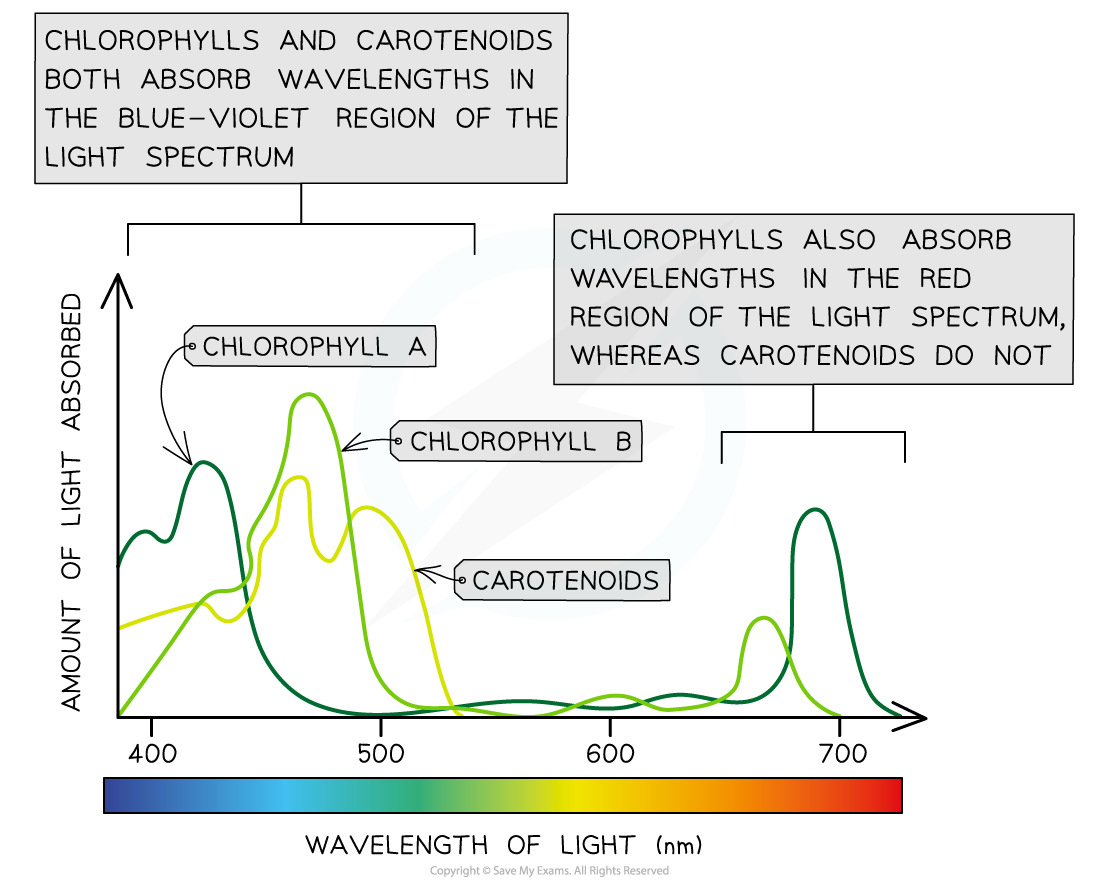 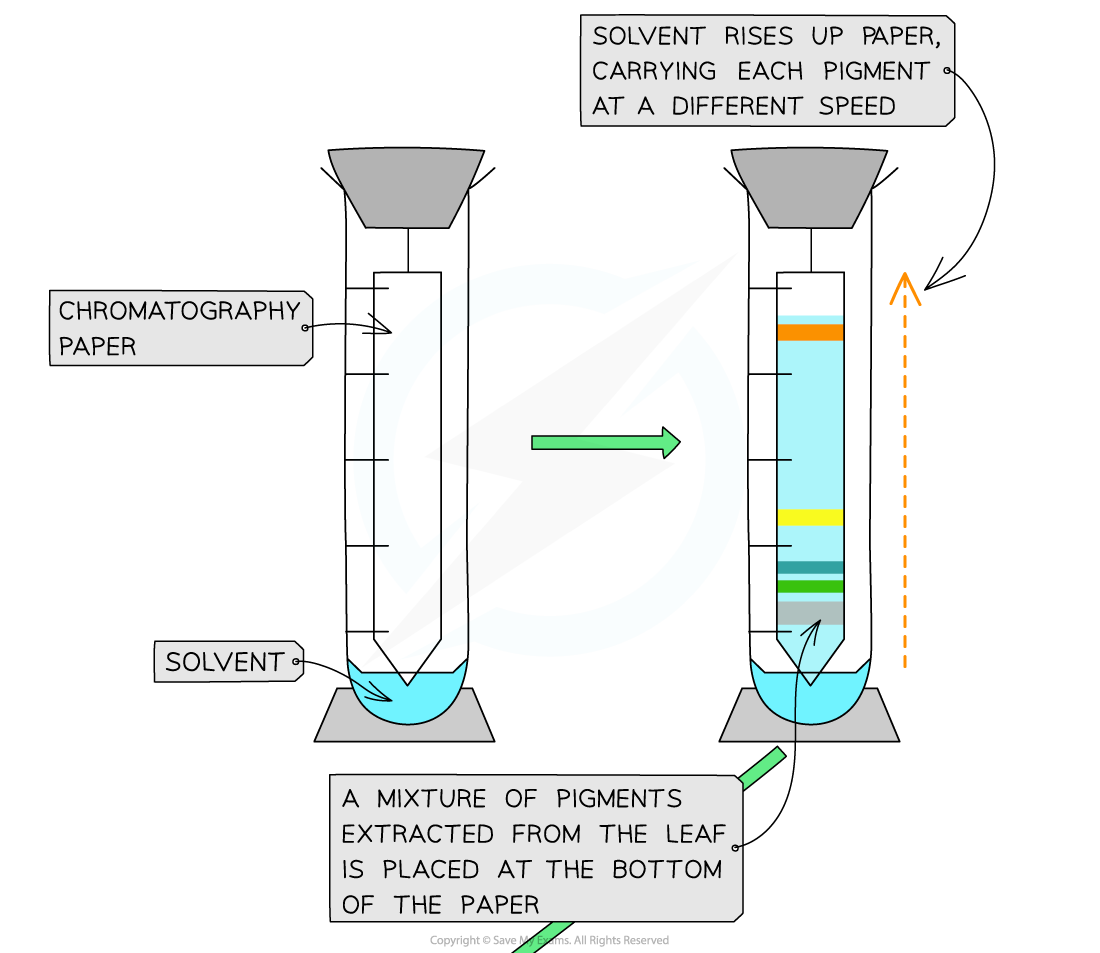 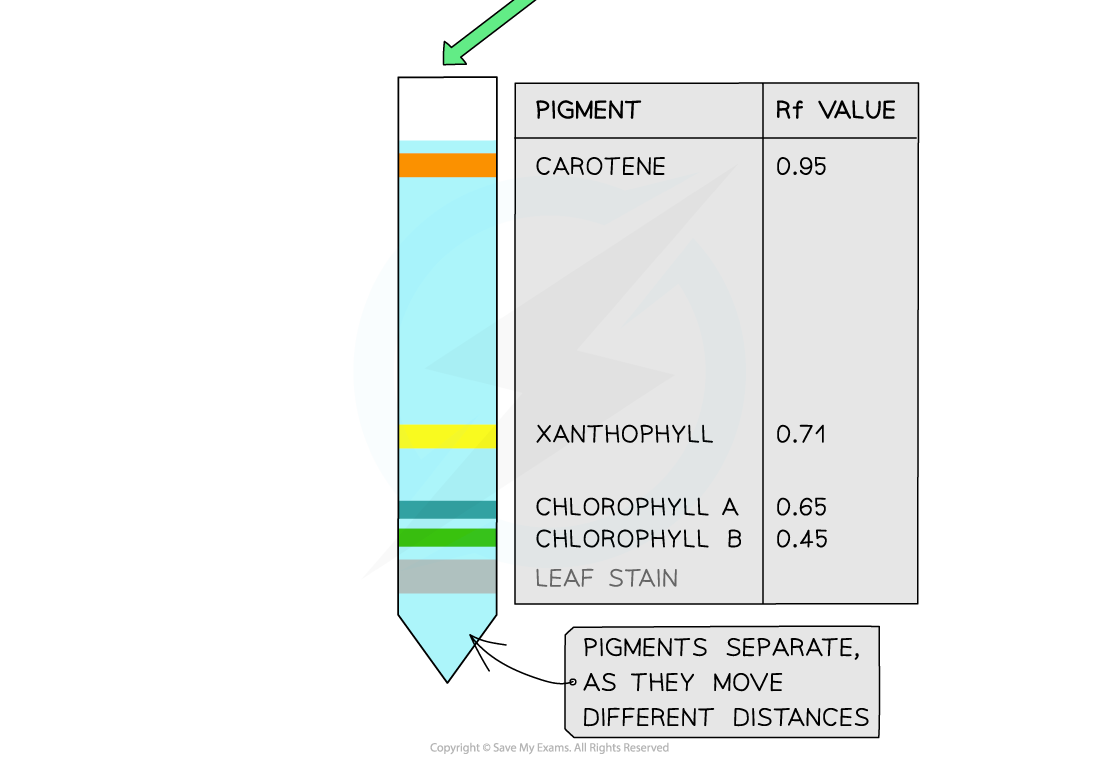 Paper chromatography is used to separate photosynthetic pigments. These pigments can be identified by their Rf values. In this example, a line of the mixture (rather than a spot) is added to the paper.

Remember – the pigments themselves have colour (as described in the table). This is different from the colours of light that they absorb. You don't have to remember specific Rf values, just know that they differ between each type of pigment.