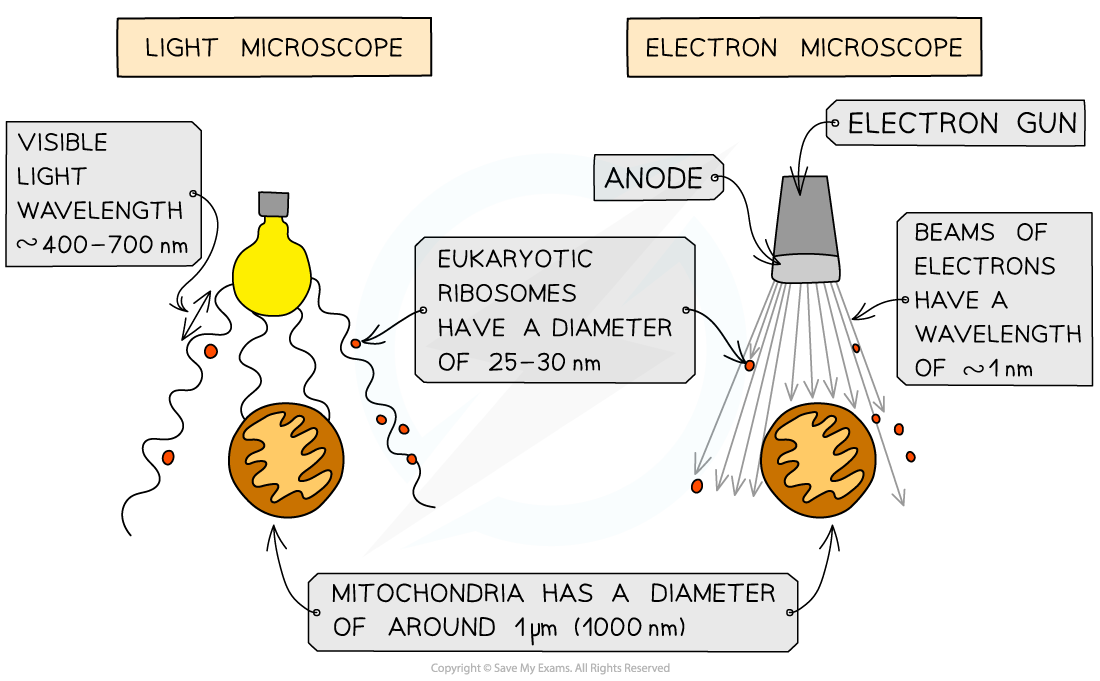 The resolving power of an electron microscope is much greater than that of the light microscope, as structures much smaller than the wavelength of light will interfere with a beam of electrons