A nucleus of iron Fe-59 decays into a stable nucleus of cobalt Co-59. It decays by β– emission followed by the emission of γ-radiation as the Co-59 nucleus de-excites into its ground state. 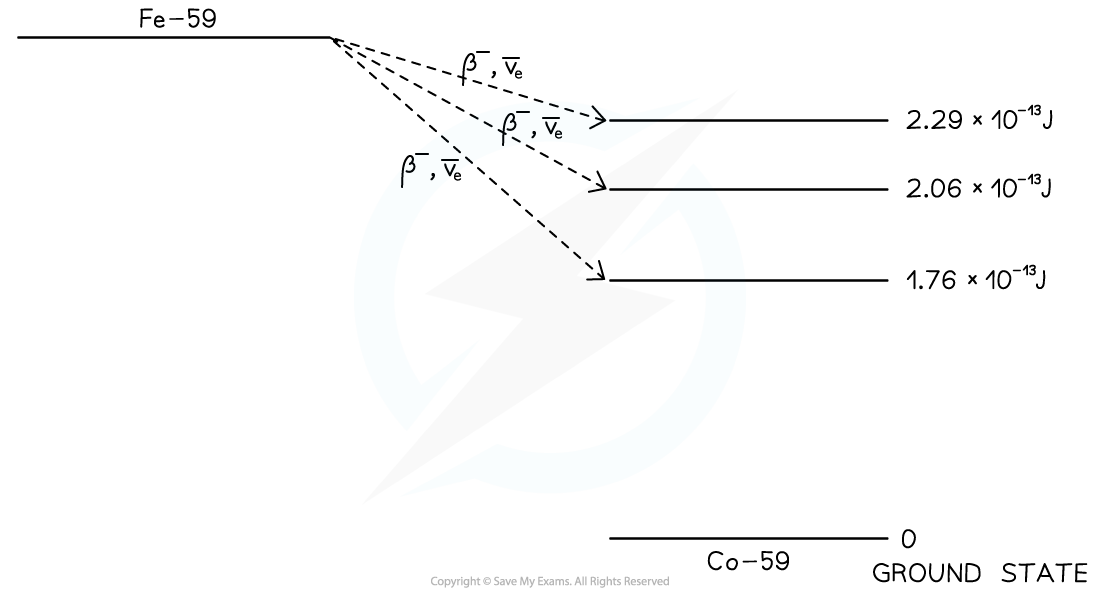 Following the production of excited states of Co-59, γ-radiation of discrete wavelengths is emitted.

(c) Calculate the longest wavelength of the emitted γ-radiation

Step 1: Identify the beta emission with the largest energy gap 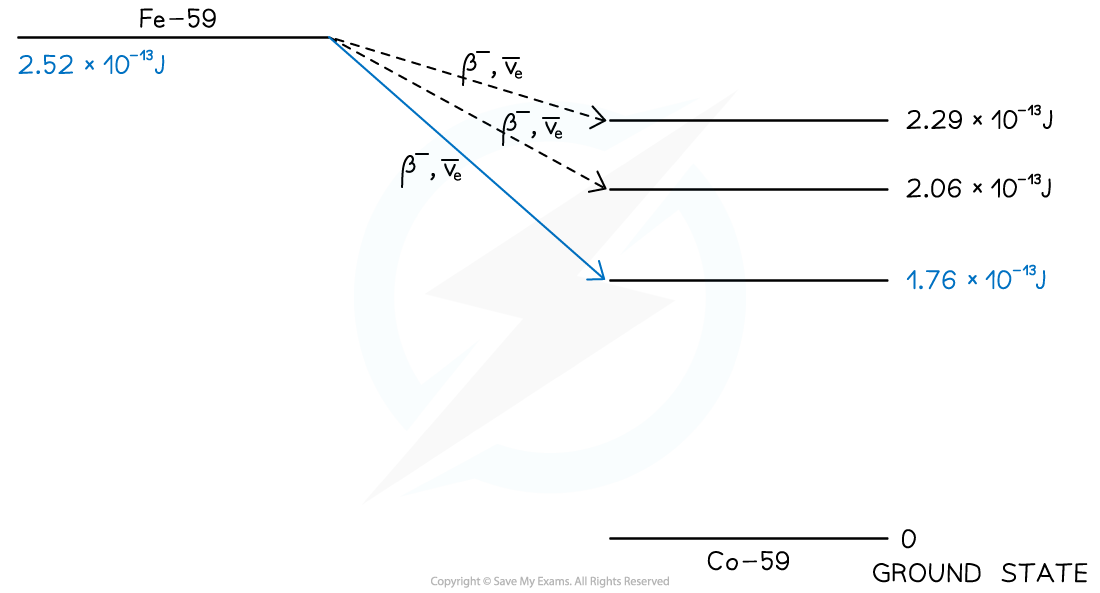 Step 3: Convert from J to MeV 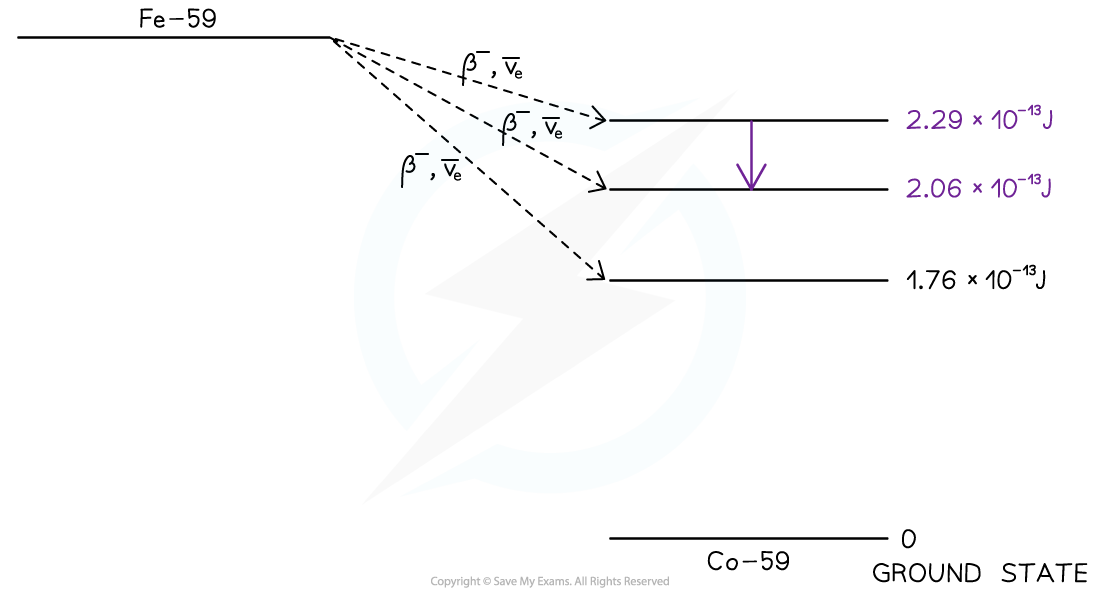 Step 4: Calculate the wavelength associated with the energy change